For over 17 years with British Triathlon Judith Brand has demonstrated 100% commitment to her role and the sport of triathlon. 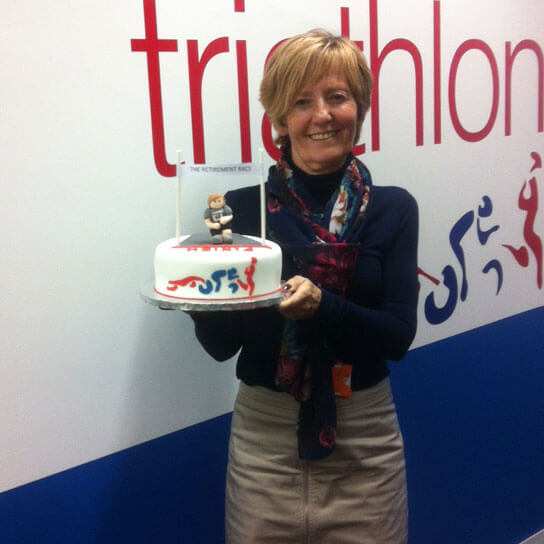 She started work with the then British Triathlon Association in June 1997 as Personal Assistant to the Chief Executive Elaine Shaw and has literally moved with the sport as it has grown from the office in Ashby de la Zouch to the new offices here at Loughborough and various other locations in between.

Judith has covered many work areas with Triathlon, from the very first website, supporting the coaching and development department and for her last four years  before retirement as Assistant to the Chief Executive.

This, of course, was at a time of huge importance to Triathlon in Britain as the build-up to, and delivery of London 2012 and Glasgow 2014 were so vital. Her thoughtfulness, meticulous organisation and attention to detail have supported the enormous progress and speedy growth enjoyed by us all in Triathlon.

Judith has always had a commitment to sport at a personal level.  She is a qualified coach and official in gymnastics and also regularly participates in the local cross-country and road running leagues.