The Equality Act 2010 provides protection from discrimination on the grounds of Race, Religion and Belief.

Race refers to a group of people defined by their race, colour, and nationality (including citizenship) as well as ethnic or national origins. Religion generally refers to the wider range of recognised practiced faiths. Beliefs refers to religious and philosophical beliefs including lack of belief (such as Atheism). Generally, a belief should affect your life choices or the way that you live for it to be included in the definition.

For information on engaging with different faith or ethnic groups within your local community, please download the Guidance notes on the right.

Triathlon is committed to providing the opportunity for everyone who wants to take part in triathlon and be involved in our sport to be able to do so in a safe, accessible and supportive environment.

We have made the sport accessible from the top down with increased BAME representation on the British Triathlon and Triathlon England Boards. 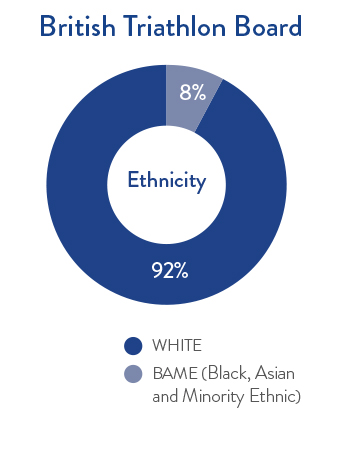 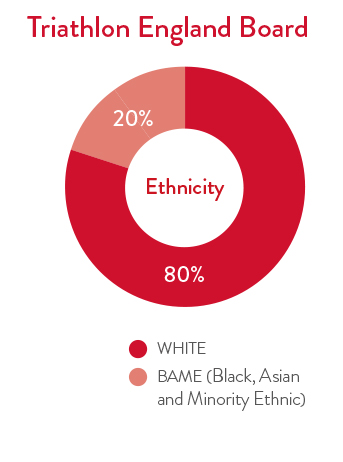 We are working hard to make triathlon in the UK more accessible and to ensure that everyone feels free to participate regardless of their age, ability, gender, disability, race, parental or marital status, religion or belief or sexual orientation.

We currently hold the Equality in Sport Intermediate Level which was achieved in 2019 and demonstrates inclusivity in triathlon for people of all abilities regardless of race, religion or belief.

We are all committed to working with our membership and partners to increase the diversity of participants in triathlon as we continue to grow and develop the sport.

GO TRI is a fun way to access triathlon for the first time. Join in swim, cycle or run training sessions or take part in your very first triathlon event. Both GO TRI training and events are available locally, reasonably priced, with manageable distances which have been purpose-designed for beginners.