The event format for the SG was dreamed up to try to capture some of the key aspects of draft-legal racing, and to be attractive to kids who are now used to open-water, draft-legal racing.  The key things were head to head, tactical, highly technical, fast transitions.  It was fundamentally much easier than an open water event to organise - more like a regional kids event but with a bigger pool, a blue carpet, TV and (for the relay) and on-road cycling.

These proved to be a fantastic experience for all involved.  Four athletes represented each region, though in our case there were five as there was also a para-tri competition which included Charlie Stanton-Stock from Saffron Walden.  The rest of our team comprised Christy Durbin, Katie Tasker, Kai Boggon and Jack Stanton-Stock.

We stayed on campus with all of the other triathlon teams and the teams from all of the other participating sports:  Hockey, netball, athletics, cycling, wheelchair basketball, wheelchair tennis, canoeing, rowing, cricket and laser run (modern pentathlon).  Several of the sports had modified formats:  ours was a multi stage individual competition over two days, and a mixed team relay.  Our swimming was open-water style in the 50m pool which worked fantastically well for our stage one aquathlon and the relay on day three.  Day two was cycling based at Prestwold motor circuit.  The relay on day three was on-campus, with a closed road cycling circuit.  The organisers went to town with blue carpet transition, full ITU technical regulations and live TV coverage.  The kids really rose to the occasion with fantastic racing.  The para-events were right in the middle, ensuring the young para triathletes as much attention as everyone else.  Our team fared well: we were 4th in the relay, Charlie's mixed team were the winners of the para relay, Charlie was runner up in the individual para event and Jack was the winner of the individual boys competition. 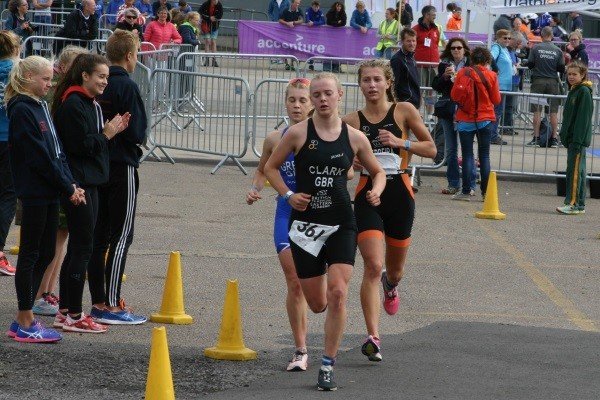 As usual the U20 festival, which includes the IRC, featured racing for Juniors, Youths, T3 and T2.  New this year was a second day's racing of mixed team relay events for Y+J and T2+T3.  The highlights of the individual races were victories for Sinead Clarke (Junior girls), Jack Stanton Stock (Youth boys) and Tom Wood (T2 boys).  Antiona Jubb followed last year's T2 victory with 4th in T3. 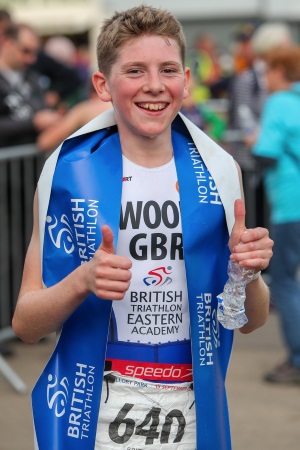 Thanks to Michael Masters and Craig Dyce for preparing the team, and to Michael and Jacqui for managing the team over the weekend.