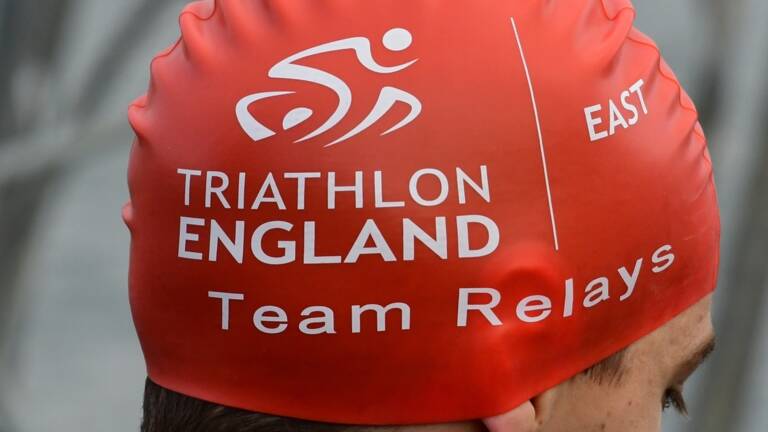 Regional Relay Championships are back for 2023!

Increasing inclusivity within the region

Dawson competed at Sydney 2000 in road cycling and leads on accessibility of sessions and activities within the region.

However, Dawson is focussing on the local triathlon community and believes tweaks to the way clubs present their offering can make a big difference.

“For me, there’s a host of things you can do to make sessions accessible,” added Dawson.

“It could be about making it clear that sessions are accessible on your website or other information platforms that you use, or possibly having some sort of buddy system where you have a friendly face that you know there, that can make a big difference.

“I’m visually impaired myself and sometimes I can’t read the programme, even if it’s popped down on the poolside on a laminated piece of paper. So even having that sent to me in an email before gives me a good idea of what I’m going to be doing and takes some of the guesswork out of it. It’s little things that can make sessions more accessible.”

He might have three European and six world titles to his name, but Dawson has barely stepped off the treadmill when it comes to growing triathlon. He also works for the NHS as a physio in learning disability services and is keen to promote the benefits of a fit and active lifestyle, believing the two are in perfect harmony.

“From my own perspective, I’ve been lucky to travel the world doing paratriathlon and other sports,” explained Dawson.

“I’ve really enjoyed my own travelling journey and I think I just want to help people onto their own journey to get what they want.

“It doesn’t have to be towards the elite level, it could be around participation and staying fit and healthy because that’s my other background.

“A lot of that is about promoting physical activity, health and wellbeing. So I’m all for helping the beginner-friendly side of sport, as well as right through to the elite level for those who are interested in that. I like to help people anyway I can.”

Dawson won national, European and world titles in 2010 alongside the world duathlon championship. With years of success following his debut season, the 44-year-old has got by with a little help from his friends.

“I’d flirted with triathlon but very unsuccessfully when I was younger," said Dawson. “In my first event, I got pulled out of the water I was that bad.

“I just fancied a different challenge and triathlon appealed. My local club were really helpful and friendly and it just went from there.

“I was so lucky, with the help and support I’ve had along the way from the club, my wife and sponsors, I’ve been able to win three European titles and six world titles.

“A lot of that is down to other people’s efforts, not just my own.”

This November sees the World Triathlon Para Championships head to Abu Dhabi and while Dawson won’t be competing, he still believes it will prove to be an exciting occasion.

“On a personal level, I’m not very excited and I know that sounds really bad,” joked Dawson.

“It’s quite difficult to get too excited about not being a part of something. You’re still a sportsperson and you’re still quite competitive.

“It’s a bit odd for me, but I think it will be a very interesting occasion and hopefully we’ll have some success.”