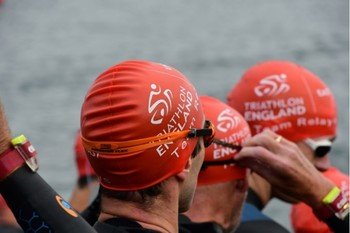 Unfortunately this was cancelled due to insufficient entries

Now in it's 9th year the East Region Relays moves to a new format and a new venue.

This event is being organised, on behalf of East Region, by Born2Tri. The venue is TriFarm Lake, Boreham, Chelmsford.

This year’s event has been changed to the ITU fast and furious format of a Team of 4, males, females of mixed (two male two female). Each member of the team completes all three disciplines before handing over.

With a 200m swim, 8km cycle and a 2km run the event is flat out from the start. The cycle will be on a closed road course.

The TriFarm venue offers an excellent opportunity to see the action and support your team members and has ample room for Club gazebos or a supporter’s area.

A parking area will be provided on adjacent land. However, athletes and supporters will need to be at the venue by 8.00 a.m. on the day, as the road closure will be in operation from that time until the completion of the cycle section or 1.00 p.m. whichever is sooner. The event is raising funds for the regional Chairman’s charity of the year, Meningitis Now. A minimum donation of £2.00 is requested which will be collected by volunteers from the charity when entering the parking area.

Registration will be opened at 6.30 a.m.

The start of the event is intended for 8.30 a.m. The swim will start with an Australian running entry to the water and be triangular in course. From transition the cycle course turns right and follows an out and back route. The road will be traffic free. Cyclists need to use the correct side of the road throughout the cycle route. It will be a NO DRAFTING course.

There are two dead turns to be negotiated, each at the extremity of the course.

Returning to Transition the run will be two laps on a cinder path. The route will be an anti-clockwise course around the lake.

The first three members of the team will tag their team mate on completion of their run, the fourth member will cross the finish line at the end of their second run lap.

Transition will be closed before the start of the event. All race equipment will need to be placed by the athletes before the closure of Transition. No bags will be allowed to be left in the transition area, a bag drop tent will be available for the storage of athlete’s bags.

Cycles will be racked by team.

The transition will remain closed until the last cycle is in from the cycle course.

Prizes will be awarded to 1st, 2nd and 3rd fastest teams to finish in each category.

Competing Athletes will be required to be 17years of age on the 31st December.

Entry Fee: £150 per team of 4.  All team memers must bring a valid Home Nations Membership card with them or pay the £5 day licence fee on the day.