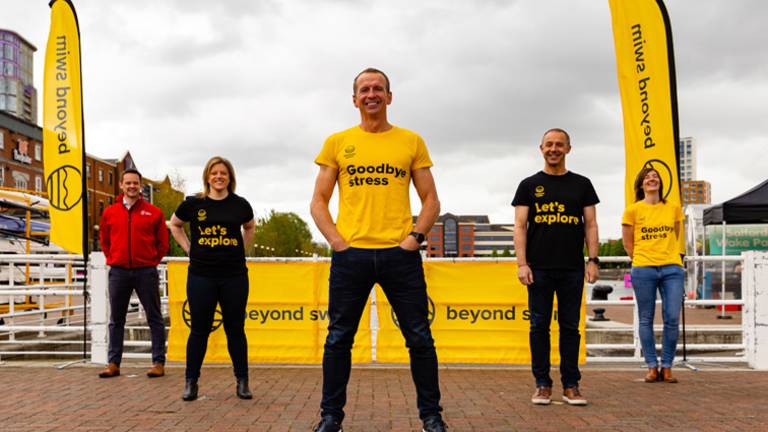 Could you be the Triathlon England National Champion in 2018?

2018 is an exciting year for triathlon in Great Britain with the ETU Triathlon European Championships in Glasgow, the ITU World Triathlon Leeds returning for the third year in a row and the new Olympic format of Mixed Relay returning to the Midlands for the Accenture World Triathlon Mixed Relay Nottingham. To add to this, one of the most exciting opportunities in 2018 is the Triathlon England National Championship series, putting you centre stage across varying distances.

In 2018 Triathlon England Members have six opportunities to compete in their age-group for the title of Triathlon England National Champion, with some of the best triathletes in the country chasing down the same goal. The Championships will be held across some  England’s biggest events on the 2018 race calendar.

Clumber Park Duathlon will be the first opportunity of the year, being held on the 17 March. Located in the North of Nottinghamshire, the event provides a stunning location, racing in and around the National Trust Park with part of the bike route following that of the 2017 Tour of Britain. Kicking off the season, Clumber Park Duathlon gives ample opportunity to put your fitness to the test, with steady climbs on the run route and long rolling hills throughout the bike leg to test your strength and give you more satisfaction when you take the tape as the Triathlon England National Champion.

Southport Triathlon is to host the Standard Distance Triathlon Championships on the 20th May as we head to the West of England. This closed-road event is a fast and exciting course, with the bike leg travelling along the coastal road and roundabouts at either end acting as turning points. The Southport Triathlon not only gives you the chance to set a new personal best but also add more a competitive and dramatic edge to the Standard Distance Triathlon National Championships.

There is only one thing on the 3 June that is providing more excitement than the rides at Thorpe Park, and that the Sprint Distance Triathlon Championships at the Thorpe Park Sprint Distance Triathlon. Set within the grounds of the theme park, the triathlon starts with a 750m swim in Fleet Lake before taking to the surrounding roads on the 21km course. The highlight of racing this course is the run route through the centre of the theme park - what a fantastic place to finish?

Monster Racing Aquathlon is held just outside of Peterborough and is a fantastic location for this event on the 22 July. Ferry Meadows Country Park will play host, with the run route taking you on a tour of the park with the picturesque lake at the heart of the course.  The short distance gives you more than one opportunity to put pressure on your fellow competitors by attacking on the swim or run and going for gold.

The Vitruvian Triathlon, a well-loved event on the triathlon calendar, will host the Middle-Distance Triathlon National Championships for 2018. Set in the East of Leicestershire the location of Rutland Water offers a challenging and stunning setting for a middle-distance triathlon, with a dynamic bike course and flat run route. The Vitruvian Triathlon takes place on 8 September and is the fifth event on the Championship calendar.

The final event of the year is the Triathlon England Club Relay Championships, where clubs from across the nation gather together in Nottingham at Holme Pierre Pont and battle it out for the final Championship title of the year. Taking place on 25 August, but why not make a weekend of it and camp at the venue with your club?

These events are open to all, whether you want to enter for fun or a challenge in 2018, but only Triathlon England members are eligible to compete to become National Champion.