Junior athletes from the Triathlon England South East Academy have cycled from Land’s End to John O’Groats and raised a huge amount of money for Mind in the process.

On Saturday 16 May, the budding triathletes split into three teams of six to take on the challenge of riding the distance from Land’s End to John O’Groats in their team.

The challenge had been created by academy coach, Sarah Coope, who is finding new and creative ways to support these budding triathletes during their lockdown training.

“It's easy to underestimate the impact this is having on them [the athletes] and will continue to have,” Coope commented. “Challenges like this create challenge,  fun, team spirit, and a huge feeling of satisfaction on achieving the target.

“I was so impressed with the unbelievable commitment the athletes gave to this challenge.  It was amazing how they committed and how much the charity they were doing this for drove them on.”

The idea to fundraise through the charity came from two of the athletes in the academy, Beth Cook and Skip Snelson.

On choosing MIND as their charity, Cook said: “MIND is an organisation which right now can make all the difference to those suffering with mental health problems during this time of lockdown. 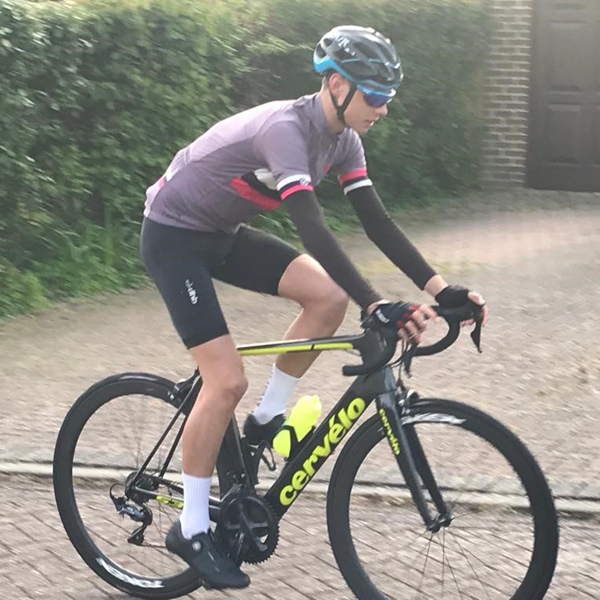 “Recently an athlete in our squad lost a member of their family due to struggling with mental health problems. We wanted to show them we care and help stop it happening to any on else.”

Setting off at 6am, the three teams had until their 10pm deadline to complete the 960 miles, with the team who’d ridden the furthest being crowned the winners.

Within each team of six were three sub-groups, with the groups taking it in turns to cycle – one hour on, one hour off throughout the day.

Athletes took to their turbos and Zwift, as well as a bit of outside cycling to help clock up their miles.

Throughout the day they arranged to ride together virtually, as well as having a Zoom call that they could be part of to keep up with one another and provide that added motivation and competition.

After the challenge, Reilly said: “The whole day the team encouraged each other and talked about how we were all getting on. With are huge total it meant we were the winning team and got the most distance. 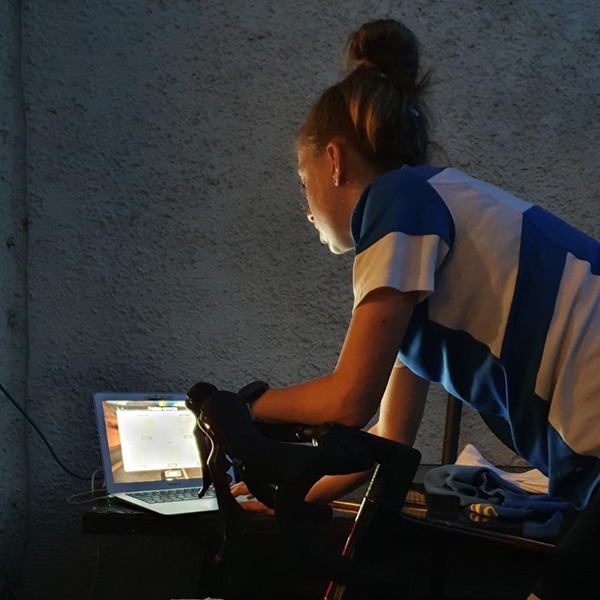 “Over £4500 raised for Mind mental health charity which is incredible! We never thought we would raise that much in only a few days.”

The Triathlon England South East Academy is part of the British Triathlon Performance Pathway and brings together the most promising young triathletes from across the South East of England.

A number of the academy, including those taking part in the challenge, have represented Great Britain in Junior European Cup and European Youth Championships and have found their 2020 season highly disrupted as a result of the COVID-19 pandemic and lockdown.

Matt Divall, England Pathway Manager at British Triathlon, said: “Throughout the crisis, academy coaches across the country have been working hard to support their athletes to continue to keep fit as well as helping them to adjust to what’s going on.

“This is a great example of how they’re making the best out of the situation and it’s great that the athletes themselves were looking at the world around them to see how they could help. Raising this amount of money is no mean feat and they should all be very proud to have been part of it.”

You can donate to their fundraising for MIND through their Just Giving page on the link below.