Why book with Nirvana?

The best possible event experience is most certainly a stress-free one, so allow our Official GB Age-Group Team Travel Supplier to get you to and from your event.

Get to know more about the Volunteer Team Managers who support the Great Britain Age-Group team at their races around the world. 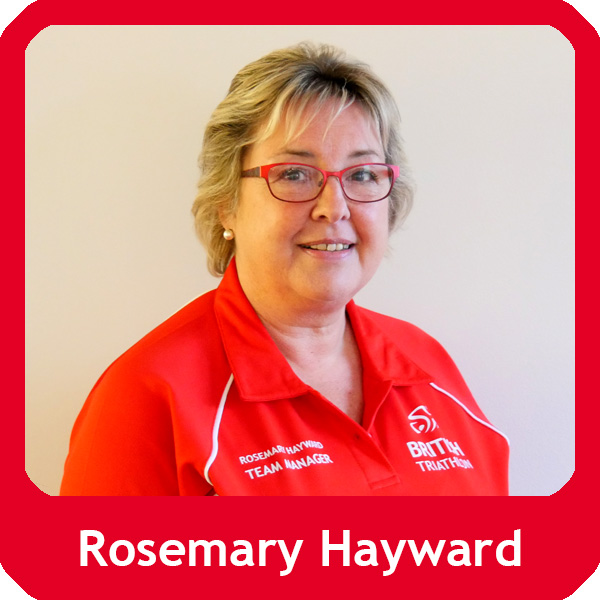 Background info: Rosemary is a new to the team and has recently retired from 25 years in the education sector. She is based in Cornwall, which to her is the centre of the universe.

Triathlon experience: Although not a triathlete herself, Rosemary has years of experience travelling the country and the world whilst supporting her family compete as Age-Group triathletes.

If you could have a super power?: Why would I want one? It would change my life and I wouldn’t want that!

Interesting fact: Rosemary has represented Devon and Cornwall at archery in both recurve and compound disciplines. 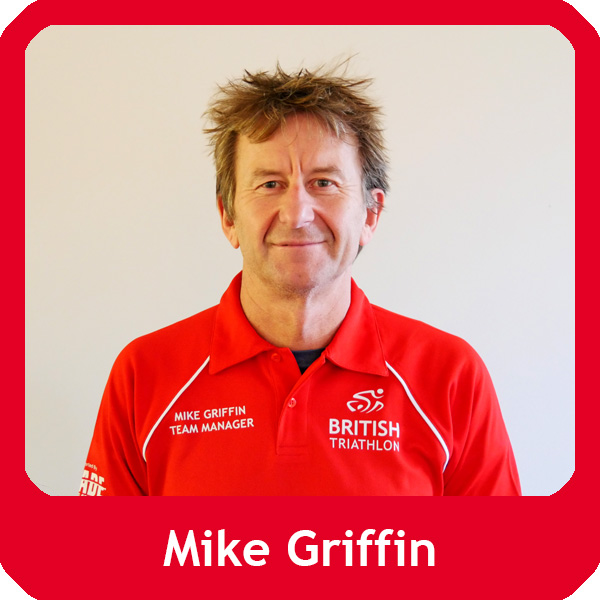 Background: Mike comes from Exeter, Devon and is a member of Exeter Triathlon Club. He is a triathlon coach, as well as a trained sports massage therapist.

Triathlon experience: Mike has raced at Age-Group level in cross triathlon (placing 4th and 5th in his age group at the previous 2 world champs respectively) and has numerous European podiums under his belt. He also has experience racing all distances from sprint to Ironman.

Most memorable triathlon moment: Hoovering transition for the 2012 Olympic mens race at 6am.

If you had a super power? Invisibilty 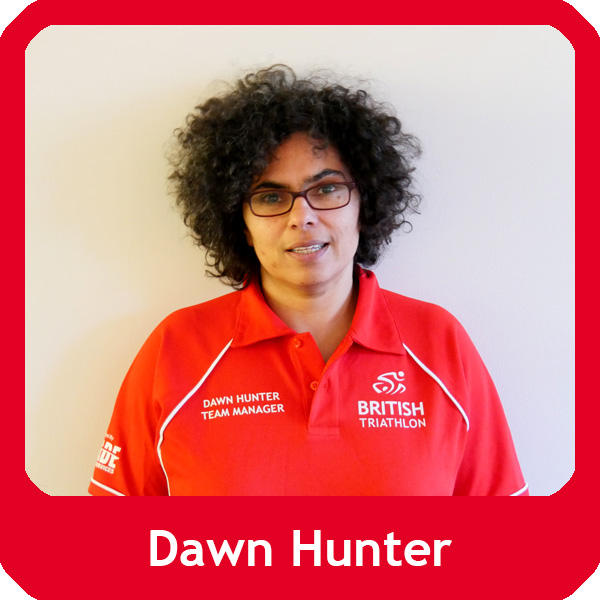 Background Info: Dawn is originally from Yorkshire and now lives in London, working as a sports coach specialising in triathlon and cycling. She is a member and Club coach of East London Triathletes.

Triathlon Experience: Dawn did her first race in 1999 and has raced triathlons in all distances from sprint to ironman.

If you could have a super power: The ability to save the earth and humanity from climate change. 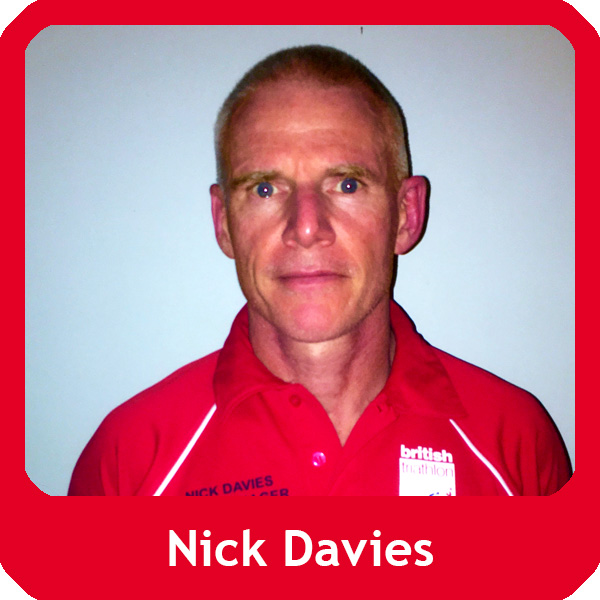 Background: Originally from Essex, Nick studied Engineering and then lived in Liverpool before joining the RAF as a Navigator, retiring in 2019 after an enjoyable and eventful 28 years. He now works as a consultant engineer in Lincolnshire with his ever-decreasing family as they embark on their careers. Nick is a member of Lincoln Tri club and the RAF Triathlon Association.

Triathlon Experience: Nick has raced all triathlon distances and represented GBR Age Group at sprint, standard, middle, long distance tris and aquathlon. He has previously managed the ETU Standard Distance AG and made guest appearances as the Aquathlon, Aquabike, LD Tri and Cross-Tri TM. He is an International Technical Official, a club coach and has worked as run/bike route manager at the London Olympics, WTS races and the British Championships.

Most memorable triathlon moment: Racing a met police officer on mountain bikes down the finishing straight of the 2012 Olympic Triathlon cheered by thousands of spectators waiting for the women’s final.

Favourite sportsperson: Javier Gomez due to his consistent performance, his continuation of that success in other tri formats and the way he engages with his supporters.

If you could have a super power? Alchemy – specifically turning base liquids into tea and base solids into marmite. 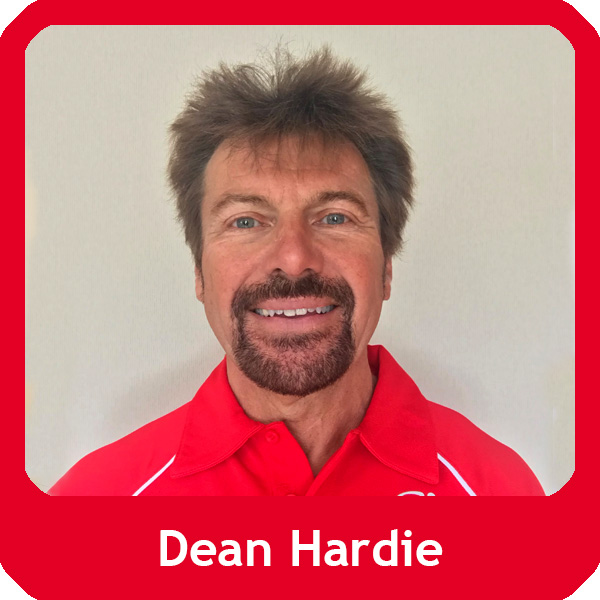 Background: Originally from Plymouth and went to Cardiff University to study medicine. Was a General Practitioner specialising in sports medicine in Swansea until he retired in April 2019.

Triathlon experience: Dean has been training and racing in multisport since 1999 and has represented GB as an age group athlete in various disciplines almost every year since. He has some silverware to show for it too. He is also a L3 BTF triathlon coach and a L2 technical official. He used to be President of Welsh Triathlon and also sat on the BTF Board of Directors as the Welsh Representative.

Most memorable triathlon moment: Competing and surviving in the Xterra World Championships in Maui, Hawaii.

If you had a superpower? Time traveller.

Interesting fact: Dean used to be an International Contract Bridge player representing Wales until triathlon took over at the age of 40. 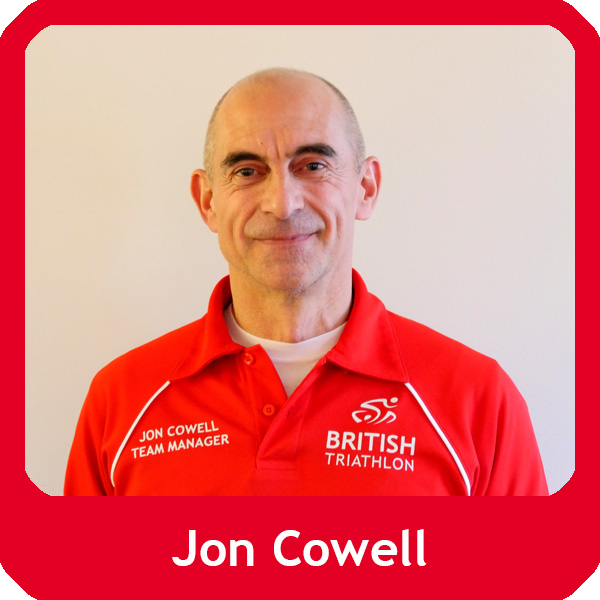 Background info: Jon works as a triathlon coach and coach educator from a small clinic in Weedon Bec, Northants and spends his spare time coaching and mentoring at local tri and athletic clubs.

Triathlon experience: He has just shy of 400 races since his first triathlon in 1988 at all distances and all disciplines, representing Team GB AG at 24 events. He has also coached athletes to 28 podium finishes in international competition.

If you could have a super power?: I have! I am in the extraordinary position of being able to assist coaches and athletes in their development. It simply doesn’t get any better than that!

Interesting fact: I am naturally lazy 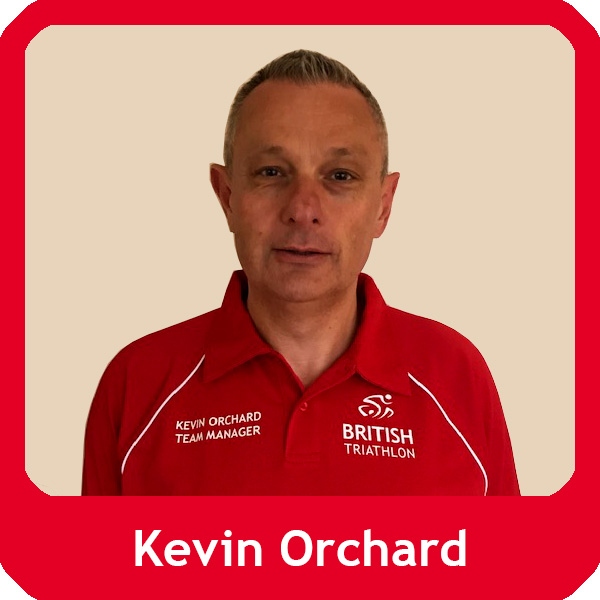 Background: Kevin was a member of the Diplomatic Service and served in Pakistan, Senegal, Spain, Canada and China.

Triathlon experience: Kevin has represented GB five times in both standard and sprint duathlons.  As he gets older (and is slowing down) he is now focussing on the Zofingen long distance Powerman challenge.

Most memorable triathlon moment: Alcobendas 2015 in his first ETU Standard Distance Duathlon.  Managing to finish 13th in his age group in the most horrendous weather conditions.

If you had a superpower? Losing weight at the click of the fingers!

Interesting fact: In 2009 Kevin was a contestant on the first ever recording of ITV quiz show “The Chase”. 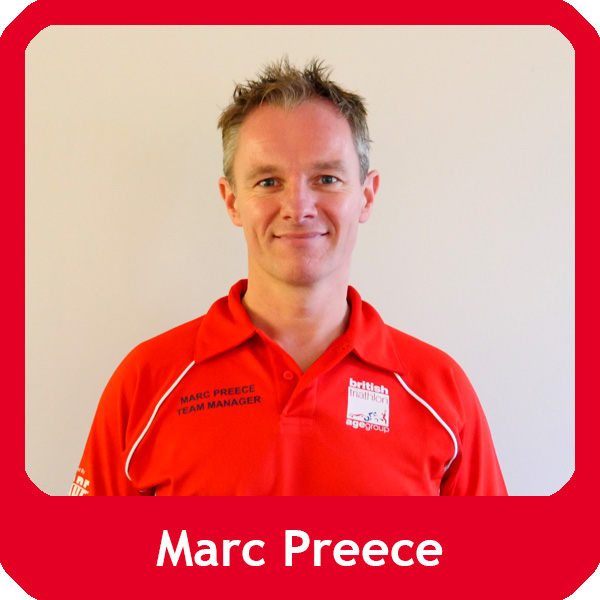 Background info: Marc works full time as a senior engineering officer in the RAF, where he’s Specialised in leadership, safety and Human Factors.

Triathlon experience: Marc has over 20-Years race experience in MTB, Road, TT, XC, Off Road/Road Duathlon and Off Road/Road Triathlon. Marc is a qualified BTF and British Cycling coach MTB Leader. Within his career he has completed 6 Ironman’s and a handful of half IM’s.

Most memorable moment in triathlon: Finishing his first IM.

If you could have a super power?: Time Travel and Water Breathing.

Interesting fact: I’m Scottish and don’t like Whiskey or Haggis. 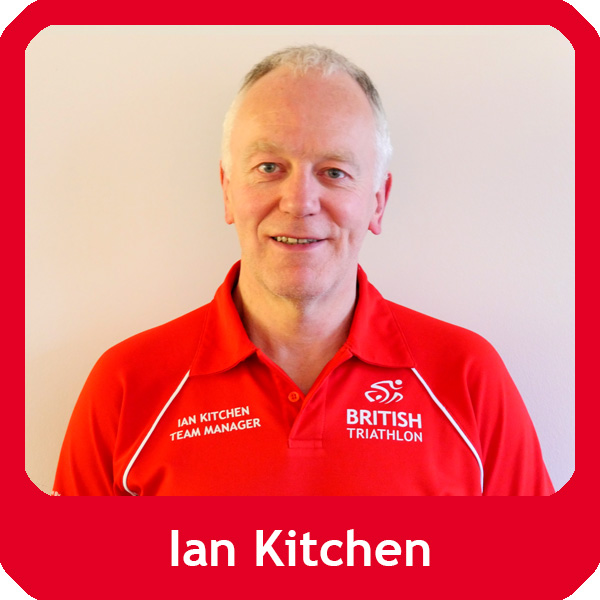 Background info: Ian comes from Yorkshire but is now based in South West Herts and works in central London. Ian is a chartered surveyor with his own firm specialising in retail property. He is also a founding member of Jetstream Triathlon Club in North West London.

Triathlon experience: Ian competed in his first local triathlon event in Watford back in 1996. He competed regularly within the sport until 2 hip resurfacing operations which meant sadly Ian was unable to run. However he took the opportunity to give back to the sport and turned to Age Group team management to pass on his pearls of wisdom!

Most memorable moment: Being a proud father watching his daughter compete at elite level.

Favourite sports person: The Brownlee Brothers and any other world class sportsperson from Yorkshire!

If you could have a super power? A body that holds itself together through middle age and beyond! 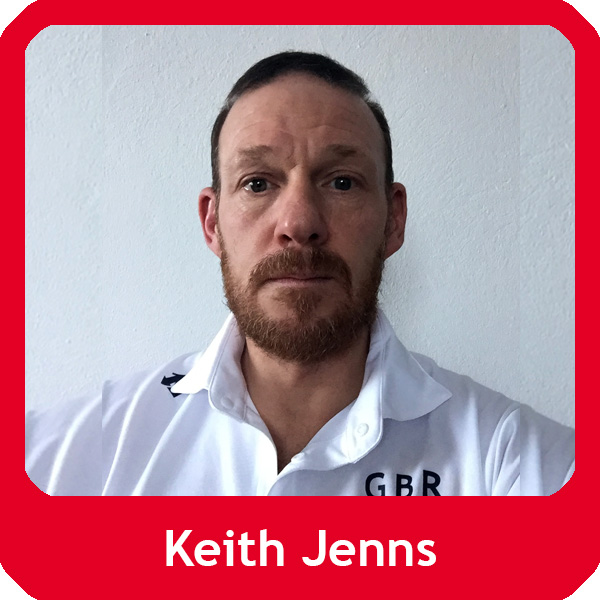 Background: Keith comes from Kidderminster, WORCS and now runs his own outdoor education company both in the summer and winter. He is a member of the Army Triathlon Association.

Triathlon Experience: Keith took up triathlon in 1990 and has represented the Army at the inter services championships in Cyprus as well as competing in Duathlon. He has been the winter triathlon Team Manager since 2010 and has built up a wealth of experience in that time. 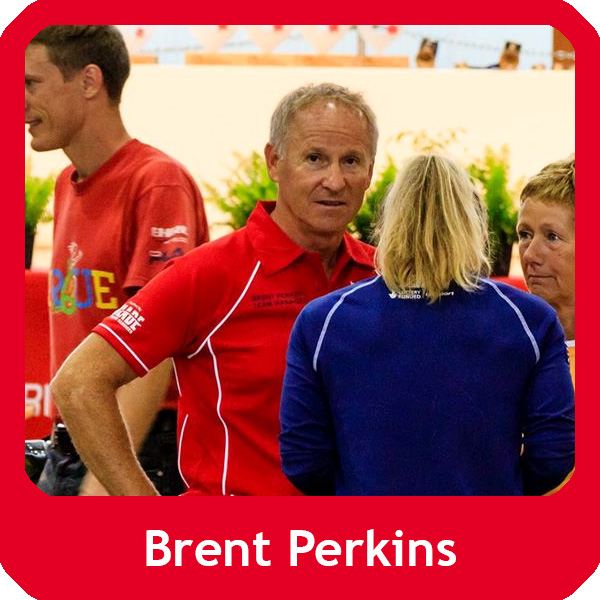 Background: Brent began his sporting career as a competitive runner before moving into triathlon.

Triathlon Experience: Brent has competed in races of all distances all over the world. He has a natural empathy with Age Group athletes having raced age group himself. He is the CEO and Head Coach at Challenge Tri Camp. He draws on lessons learnt and his own experiences over two decades in running, multi-sports, cycling and swimming to help guide and work with age group athletes on their own Triathlon journey.

Most memorable triathlon moment: Running over the line at IM Copenhagen with his daughter. 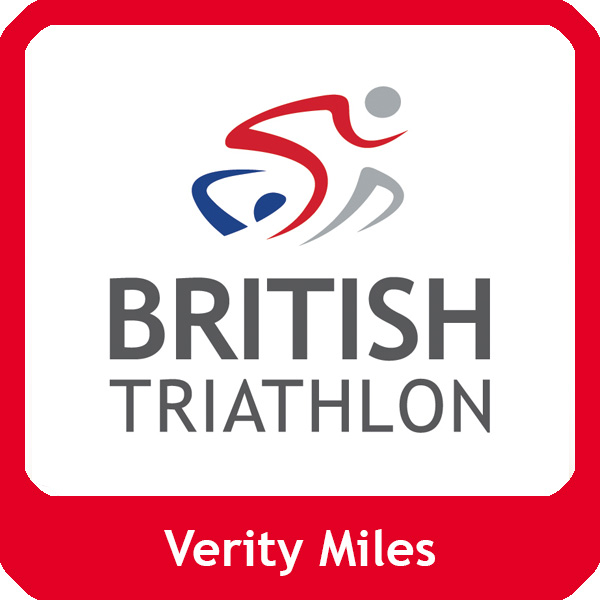 Background Info: Verity spent 19 years working in Security before moving into HR and Recruitment in 2015. In 2017 she decided on a slower less and stressful pace of life and went to work in the Olympic and Paralympic Performance Team for British Canoeing looking after their admin and operations, she moved to British Triathlon in 2018.

Triathlon Experience: Verity has competed in all distances except long distance triathlon and raced for the GB Age Group Team at the European Sprint Championships in 2015 and 2016.

Most memorable triathlon moment: Competing at the Vitruvian triathlon and finishing in front of my friends and family.

If you could have a super power: I would end poverty across the world.

Interesting fact: Until very recently Verity used to race motorbikes and loves descending the mountains in the Pyrenees. 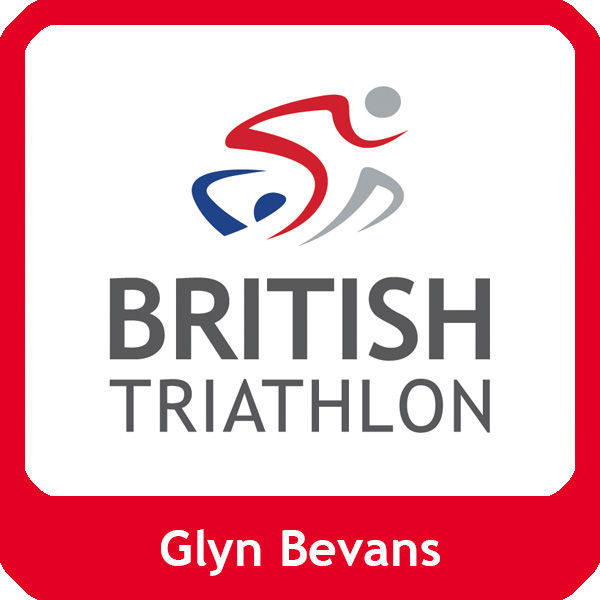 Background: Glyn lives in West Berkshire and is a member of the Tri20 triathlon club. He spent many years leading technology teams and supporting developers of commercial applications plus driving skills and curricula within the academic community across Europe, Middle East and Africa.

Triathlon Experience: Glyn has competed in triathlons ranging in distance from sprint to half ironman from the late 1980’s.

Most memorable triathlon moment: Qualifying for and competing at the ITU World Champs in London (2013) – it was an iconic bike course!

Favourite sportsperson: Anyone and everyone that strives to do their best in life!

If you had a super power?: Fly and sour like an eagle 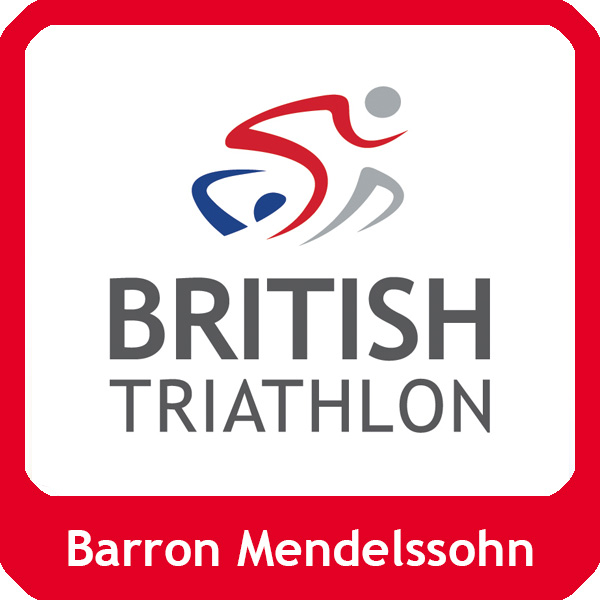 Background: Barron was originally from South West London but now resides in Hertfordshire. He is a member and Coach at Freedom Triathlon Club. He tends to focus on cycling these days due to an injury from running.

Triathlon Experience: Barron has raced all distances from sprint to middle distance and has represented the Age-Group team on a number of occasions.

Most memorable moment in triathlon: Going too hard at the start of his first ever age group qualifying event and coming out of the water last – it was a steep learning curve!

If you had a super power? To fly