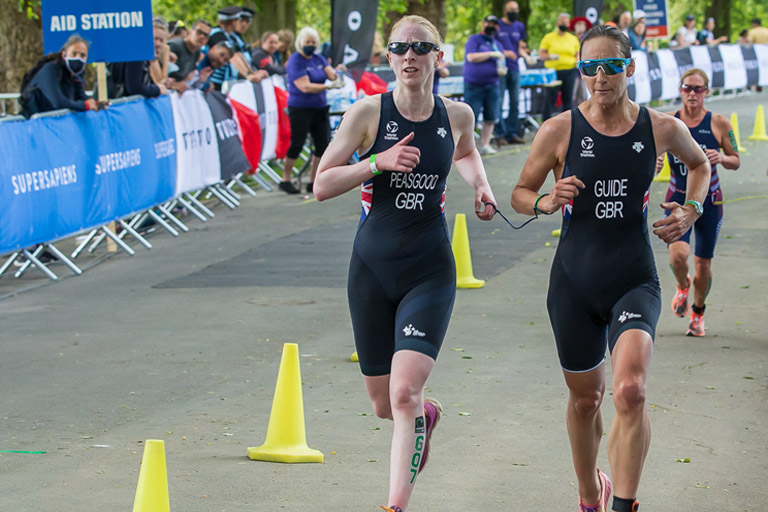 Alison, who is based in Stirling, is a Paralympic silver medallist, double World Champion and three-time European Champion.

Alison was recruited to triathlon from an athletics background in 2013. She is visually impaired (less than 10% vision) and races in the PTVI class with a guide athlete. Alison and her guide are tethered during the swim, ride a tandem bike and run with a tether.

When injuries prevented her from running as much as she wanted to, her friends persuaded her to give triathlon a go. She had previously swum as a junior and raced in the 800m and 1500m on the track at international level. Over 800m she won an IBSA world title. She also represented Scotland as an able-bodied runner at the World Mountain Trophy. 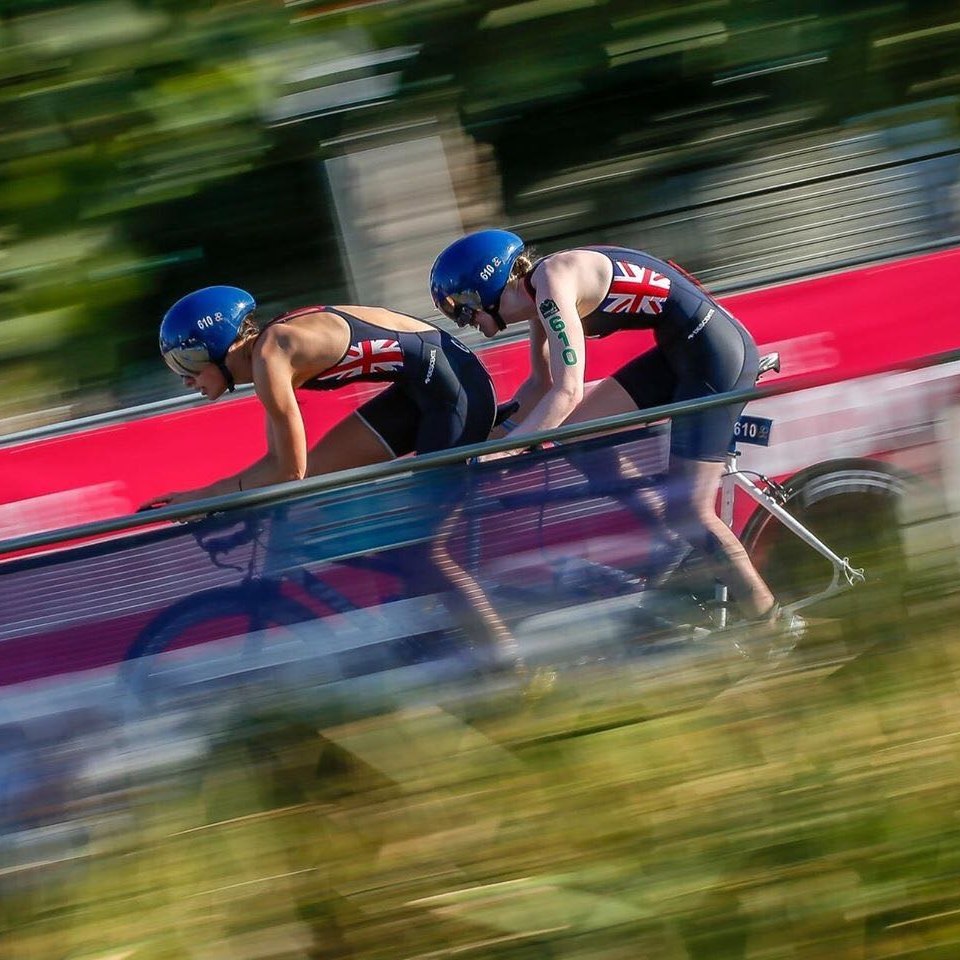 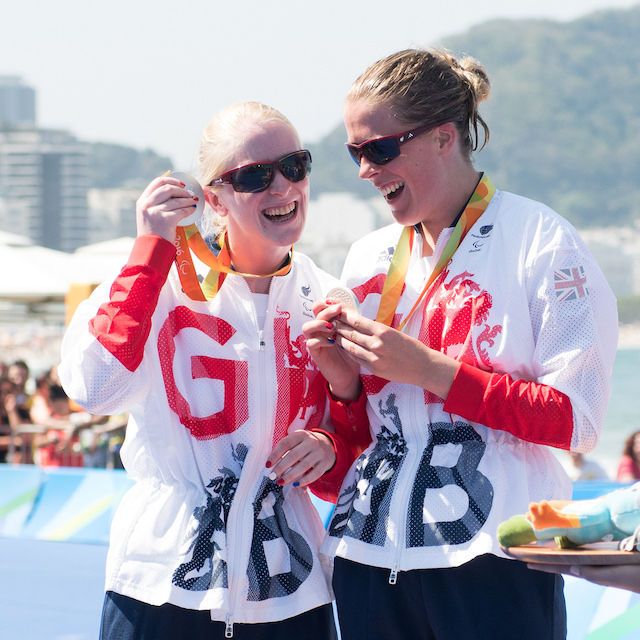 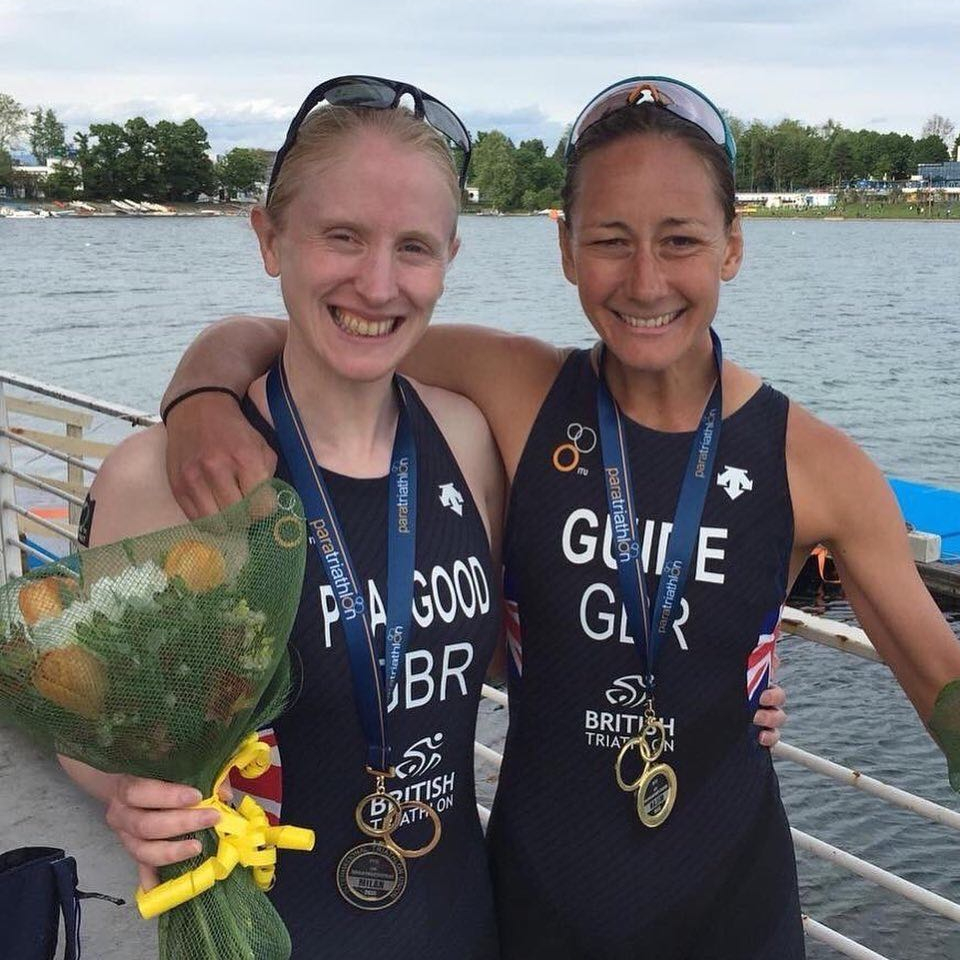 She was working as a physiotherapist when she first joined the paratriathlon programme but has subsequently taken a career break to train full time. After becoming a member of the UK Sport Lottery funded World Class Paratriathlon Squad, Alison was based full time in Loughborough between 2014 and 2017 before moving to Stirling.

The move from athletics to paratriathlon paid off almost immediately with an ITU Paratriathlon world title in 2014 - guided by Jenny Manners. Alison also won the Rio Paralympic test event in 2015, guided by Grace France and achieved automatic qualification for the Paralympic Games.

In Rio, she won silver in her Paralympic debut with Hazel Smith guiding her. That same year Alison won gold at ITU events in Buffalo City and Rotterdam as well as holding off British teammate Melissa Reid to become European champion at Lisbon.

When World Triathlon Para Series racing made its debut on British soil at AJ Bell 2021 World Triathlon Leeds, Alison claimed 3rd place and shared the podium with Susana Rodriguez (ESP) and Anna Barbaro (ITA). Guided by Nikki Bartlett, Peasgood made a return from injury to add more medals to her growing tally with the pair recording the fastest bike leg of the race.

One week later and Alison was back to taking gold, traveling to the World Triathlon Para Cup Besancon and beating Annouck Curzillat (FRA) to the top step of the podium. Alison’s next race came at the Tokyo 2020 Paralympic Games where she, alongside her guide Nikki, sprinted to a fourth place finish as they attempted to chase down the bronze medal.

It was a medal-winning end to 2021 for Alison who claimed bronze with guide Brooke Gillies at the 2021 World Triathlon Para Championships Abu Dhabi, her fifth world medal.

Alison was back on a major championships podium in 2022, claiming silver at the Europe Para Triathlon Championships in Olsztyn, Poland, before winning gold at World Triathlon Para Cup Besancon.