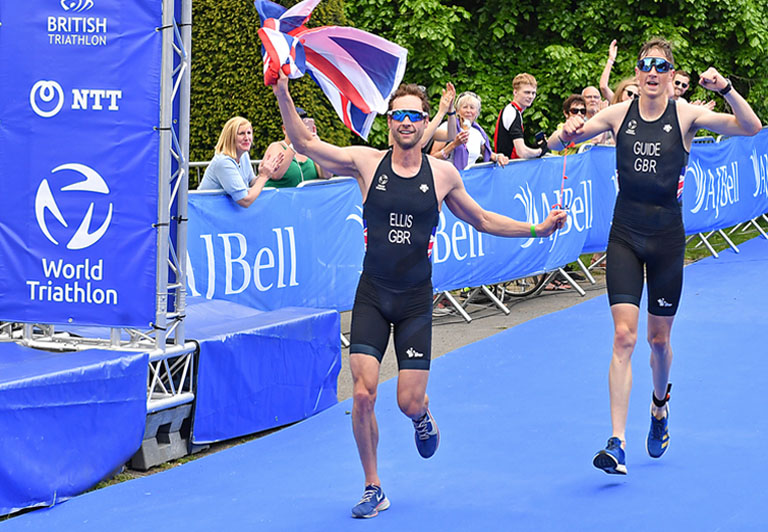 Dave has represented ParalympicsGB as both a swimmer and triathlete and is a Commonwealth champion and four-time world and five-time European gold medallist based in Loughborough.

In 2013, 2017, 2018 and 2021, Dave took both World and European Championship titles. He also claimed silver at the ITU World Triathlon Grand Final at Lausanne. Over his career he has recorded myriad gold medals in the PTVI category in both ITU World Cups and ETU European Championships. Dave was also victorious at the British Paratriathlon National Championships for four years running (2013, 2014, 2016, 2019) before winning his fifth British paratriathlon title in 2022.

Dave has less than 10% vision and races with a guide on all three disciplines of the triathlon race. He has a very strong swimming background, having been a member of an elite training group in Derby when he was younger and represented Great Britain in swimming at the Beijing 2008 Paralympic Games. His best result was sixth place in the 200m Individual Medley.

He also has a very fast run; finding a guide fast enough to match his 5km speed became even more of a challenge after he focused primarily on track running between 2015 and 2016. 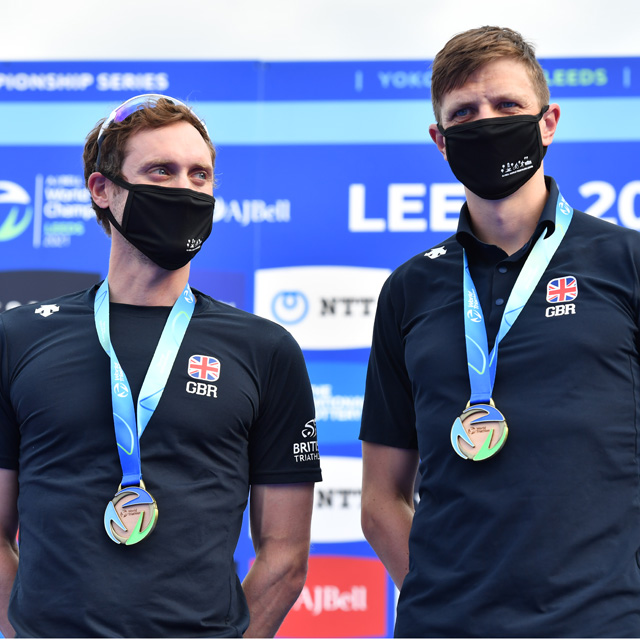 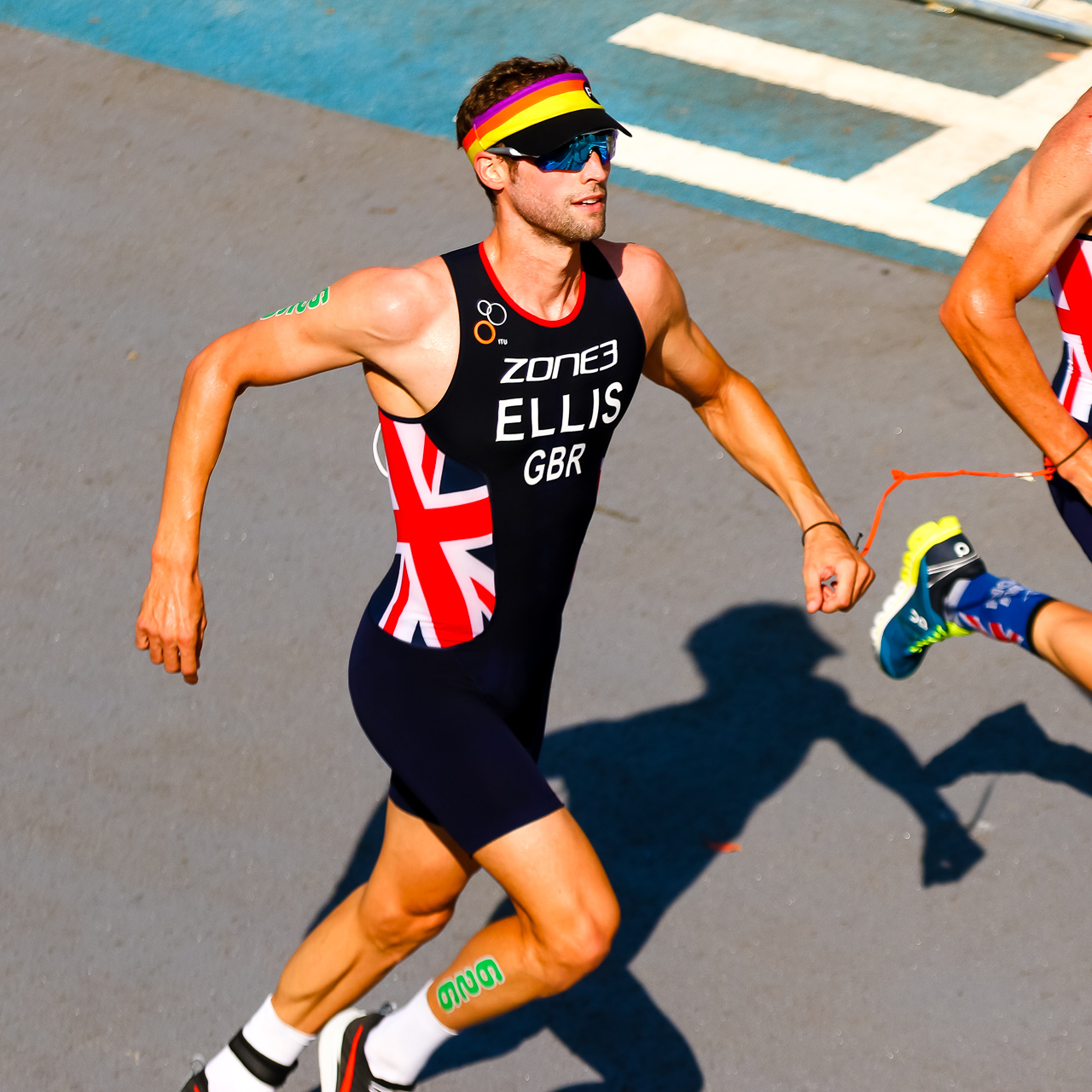 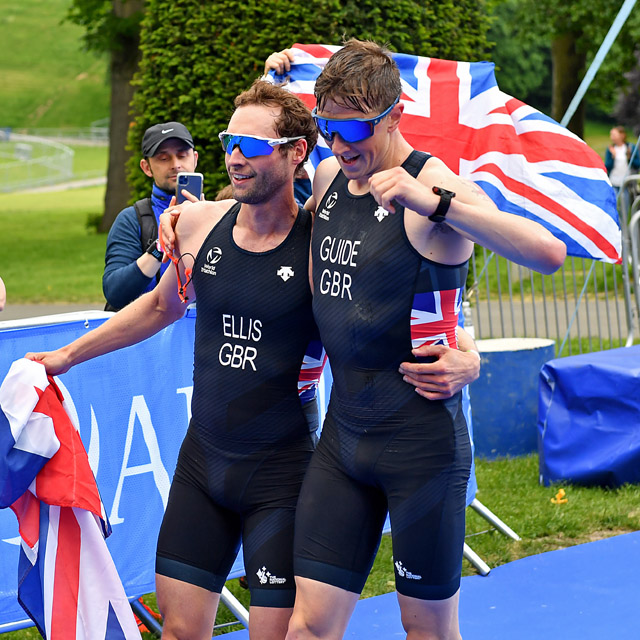 Dave got into triathlon in 2013 and became ITU world champion in Hyde Park, London. He was guided on that occasion by Luke Watson, who is now a national performance coach with Welsh Triathlon.

The following year he recorded several podium finishes including gold at both the Iseo - Franciacorta ITU World Paratriathlon Event and the GBR Paratriathlon National Championships. However, in 2015 he learned that his visually impaired classification (PTVI) would be omitted from the Rio 2016 Paralympic Games and he decided to focus on running.

He came back into the sport in 2017, again winning the world title (racing with Carl Shaw). In 2018 it was decided that the visually impaired classification will feature in Tokyo and Dave began a new racing partnership with Mark Buckingham which saw the pair win both the European and world titles.

When World Triathlon Para Series racing made its debut on British soil at AJ Bell 2021 World Triathlon Leeds, Dave finished more than two minutes ahead of Héctor Catalá Laparra (ESP) and Thibaut Rigaudeau (FRA) to take the tape. Guided by Luke Pollard, the pair soared through the swim and ended with a strong run which paved the way to victory.

After representing ParalympicsGB previously as a swimmer, Dave earned the chance to do the same at the Tokyo 2020 Paralympic Games, this time for paratriathlon.

He raced in Tokyo alongside his guide Luke Pollard but a mechanical on the bike led to a DNF.

The pair bounced back in gold-medal winning fashion at both the European and World Championships in the remaining months of 2021. A fourth European gold in Valencia was the start of another golden double for Dave who followed-up the continental title with world gold in Abu Dhabi to end the year as world and European champion once more.

Dave continued his winning streak in 2022, winning the fifth European title of his career in Olsztyn, Poland. A fifth British title also followed as did gold medals at three World Triathlon Para Cups.

A mutiple world and European champion, Ellis added Commonwealth gold to his list of achievements, becoming Commonwealth champion in the men's PTVI event in Birmingham, alongside his guide Luke Pollard. A week later, Ellis and Pollard were back on the top step of the podium, this time at World Triathlon Para Series Swansea, the first standalone WTPS event to be held in Britain. 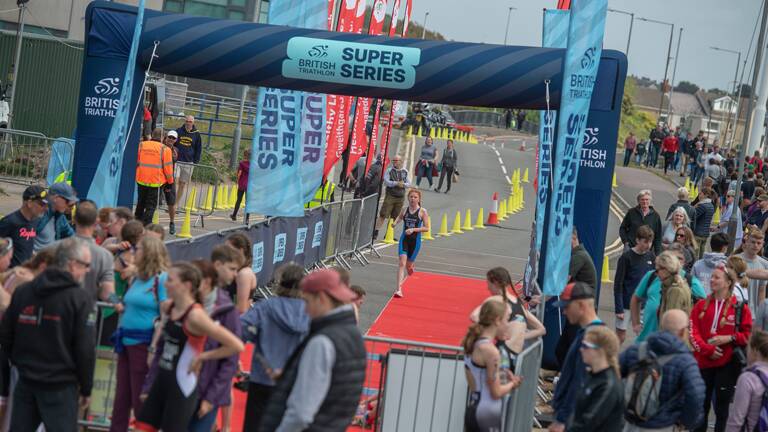 British Triathlon Super Series is back for 2023 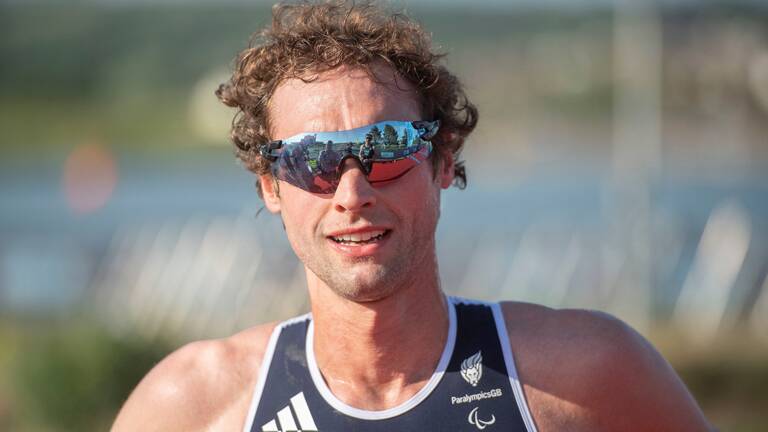