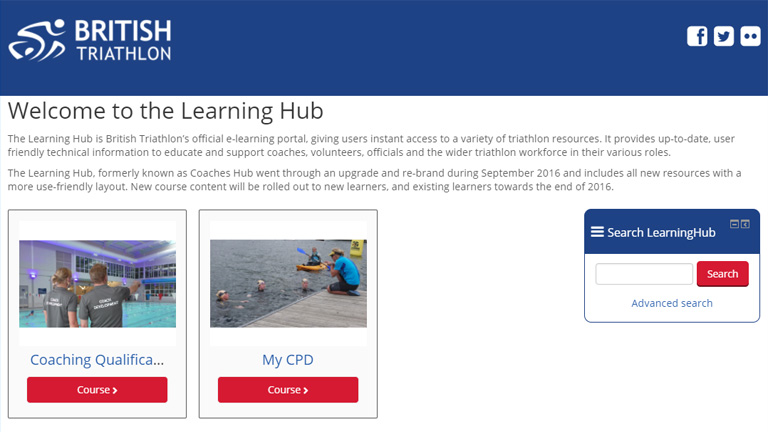 The Learning hub is the e-learning resource for all British Triathlon Coaches.

A number of practises and process take place to ensure the quality of our courses, including external and internal review.

In 2016, we undertook a significant review of the qualifications. This has been through an in depth planning, development and review process to ensure that learners have a world class learning experience, that closely aligns to the needs of triathlon.

Whilst our qualifications have been recognised by World Triathlon- it will depend on individual country to advise on the coaches remit and insurance cover.