The inaugural Inter-Regional-Duathlon took place in 2014, and was hosted by London at the Olympic Velopark.

This took place on the 19th October in blustery conditions at the Lee Valley Velopark (adjacent to the Olympic velodrome). 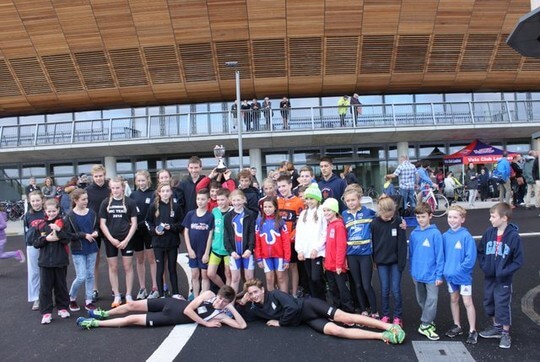 London were the victors in a very close contest.

There were individual races for Tristar1, Tristar2 and Tristar3:

- the scores were equal for Tristar1

- London were dominant in Tristar3, and this enabled them to sneak the win.

See here for the full results, and here for photos of the winners and each team.