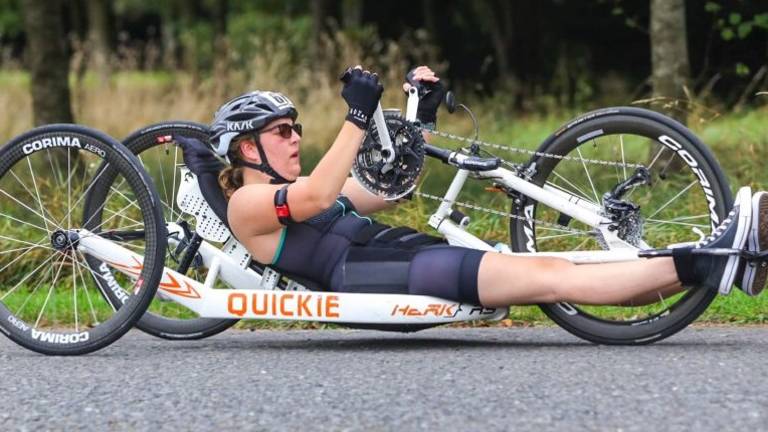 Euan Lees, head coach at Ful-on Tri, has shared his club’s new autumn challenge. They have combined their weekly bike ride with a parkrun, awarding points for each trip.

Lees said, “It’s a multisport event that means you don’t have to choose between cycling and running, so it’s all good.”

For the past two years, Ful-on Tri have created an autumn challenge for their bike ride of the week. Every Saturday for a 6-week block, they would cycle to a new café, get some cake and coffee, and then cycle home.

A points-based system was created in which the furthest away rides would gain the most points and photos were taken at each location. Unfortunately, however, this meant that club members were missing out on parkruns which also take place on a Saturday.

For 2021, the club decided to do both. Lees commented, “It always niggled me that I would have to choose between parkrun and club ride, so we thought why not create something that combines both.”

Instead of cycling to cafes, the group now cycles to a parkrun event, does the run, and then cycles home.

“Our further away adventures meant a 6:45am start with lights on your bike in the mist and a small rucksack with your trainers for the run” noted Lees.

The most adventurous rides, he mentioned, were to Mole Valley and Reigate, each about a two-hour ride: “Riding up through the Surrey hills as the sun came up on the way to Reigate Priory was probably my favourite memory of the whole thing, that was quite spectacular.”

He says the group normally take a picture next to the parkrun sign and upload it to their club Facebook page. He notes also that it has been a great way to publicise the club as they all cycle and run in their club kit and the cafes they go to tend to write about them and take pictures of them for their websites. Lees is “optimistic that it’s another strand in publicising our club.”

The aim of the challenge is to get ten points over a six-week block. The furthest distances, such as Surrey, would score you four points and then three points for a shorter distance and so on. He says that league tables are published on the Facebook page and the competitive element really helps to get people going.

Lees is keen to keep the challenge going past autumn and into the summer months. He plans to continue with it in the summer and build it around the London Triathlon League. He comments that several of the events in London are aquathons, so a cycle to the event would complete the triathlon.

He believes this could be a great way to enhance the racing season for the club and added: “It has been an inclusive challenge, we cycle gently to get there so we cater for all speeds” and notes that the parkruns are about participation not racing, which makes for an enjoyable atmosphere for some Saturday morning exercise.

Lees also highlights that the challenge has been particularly popular among the female members of the club and concluded: “It has been a great success, it has given us some new rides, shown us some new cafes and spices up autumn training.”