In celebration of International Women’s Day (8th March), Hillingdon Triathletes are celebrating the women in the club and the important contributions they have made to the sport.

At Hillingdon Triathlon Club, they have female members ranging from 15 years old to 82 years old. Despite lockdowns throughout 2021 in the UK (United Kingdom), membership grew with 88 new members joining the club in 2021 and particularly pleasing was that 41 of those were women! The club currently has 94 female members which is 32% of our members.

Women are an important part of the operating of the club from volunteers at events to coaches to being part of the committee. All these positions are volunteer based roles. Jacqui, our chair, has recently led the club to securing the Regional Club of the Year Award (2022). Their extremely qualified coaches such as head coach Caroline have encouraged progression in the sport and offer insightful ideas for improvements. 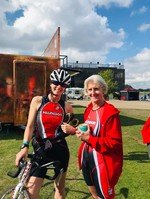 Last year saw the construction of a ‘beginners’ group which encouraged several women to go from beginner to completing an Olympic triathlon in a few months. The club has offered several social events which has led to friendship groups forming, particularly amongst those new to the sport.

Hillingdon Triathlon club is running a multitude of events this season, including a new series of open water swimming races which are open from seasoned triathletes to beginners. They hope to encourage more women to join the club in the upcoming year. 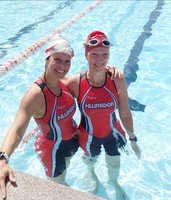 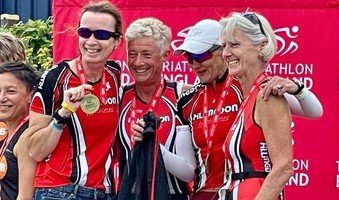 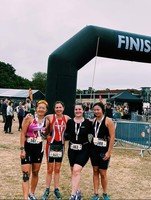 For more information on Hillingdon Triathletes check their website HERE