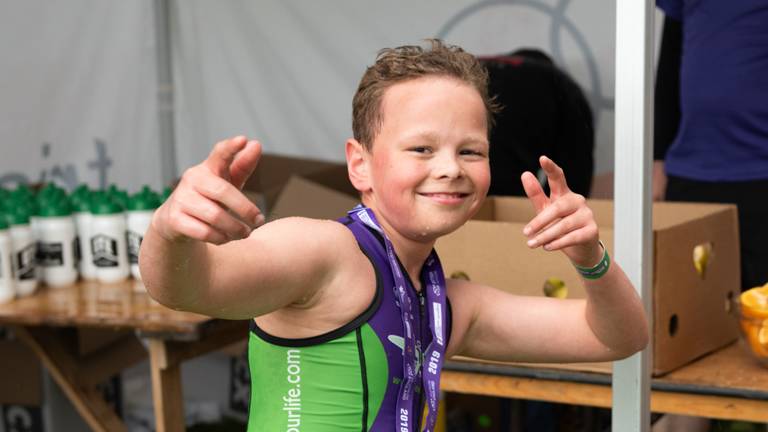 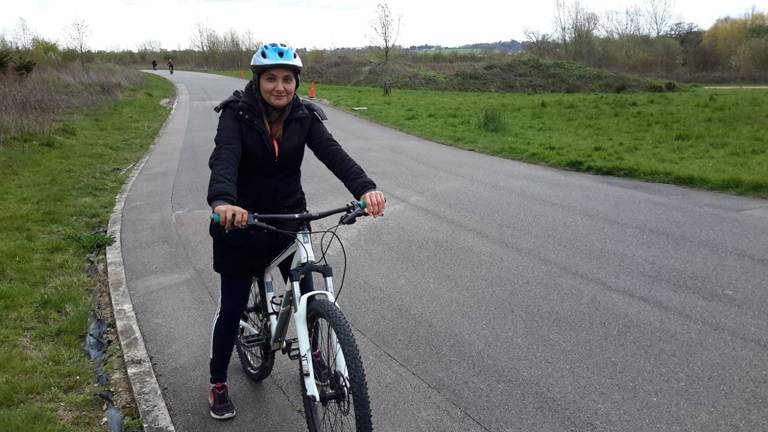 Today (Saturday 13 January 2018), New Year shoppers have taken on the triathlon challenge at Trinity Leeds as the ITU World Triathlon Leeds helps the city take on a new challenge in 2018.

The country’s most prestigious triathlon will take place for the third successive year in Leeds on 9 and 10 June 2018 and will aim to welcome 5,000 amateur participants to the city that has triathlon at its heart.

Thousands of triathletes from first timers through to experienced participants from around the world have already signed up and organisers are aiming to inspire the city to tri something new by entering the GO TRI and sprint distance events at the ITU World Triathlon Leeds – both perfect distances for newcomers to the sport. Enter now at http://leeds.triathlon.org/newyear before the early bird entry prices rise at the end of January.

The GO TRI event is the perfect opportunity for first timers to take part in a fun, friendly and short distance triathlon for just £22.50 plus booking fee.

The sprint distance event will start with a swim in Roundhay Park’s world-famous Waterloo Lake, before participants embark on an 18.9km cycle towards Headingly and back to Roundhay and the final transition to a 7.5km run towards the city centre, where the famous Headrow crowds will welcome runners onto the blue carpet finish in Millennium Square.

On 31 January, entry prices are set to rise, so to get your place and join Team Leeds at the ITU World Triathlon Series event in June, visit http://leeds.triathlon.org/newyear

Emma Young, Leeds This Girl Can Ambassador and local resident said: “I had great fun today, it was hysterical getting off the bike and then trying to jump, the legs had completely gone. You really appreciate what triathletes have to go through getting off the bike and having to run; being able to have a race with Lucy [Hall} an Olympic athlete as well, was amazing.”

Lucy Hall, London 2012 Olympian and member of British Triathlon’s UK Sport lottery funded world-class programme based in Leeds said: “Today was so much fun, we had hundreds of people having a go at Trinity Leeds.  For me triathlon is sport for any fitness level and I hope we have inspired a few to take on the triathlon challenge this New Year at the ITU World Triathlon Leeds 2018 in June. We are six months away now and there is plenty of time to get yourself prepared and get started in our sport, whatever ability.”

This year’s event will aim to build on the success of 2017 where 94% of participants would recommend the ITU World Triathlon Leeds to a friend. British Triathlon will once again be delivering the showpiece event with a team of experts aiming to make 2018 even better. Full details of the 2018 routes will be confirmed in the coming weeks, although little change is expected from this year’s successful course for the sprint and standard distance races with the single transition hub in Roundhay Park’s Event Village.

Once the amateur triathletes have finished their Sunday racing, it will be the turn of the world’s best as they compete in the fourth stop of the ITU World Triathlon Series in front of over 75,000 fans in the heart of Leeds City-Centre.

Wayne Coyle, Event Director for the ITU World Triathlon Leeds added: “It was great seeing New Year shoppers have a go at triathlon today. There was a real mix of people from sporty types to those just having a fun with their friends and family.

“This showcases triathlon as a fun sport to take part in and the perfect New Year challenge. We had great feedback from participants last year and we aim to make the event even better in June, ensuring first timers have a great experience.”

Andy Salmon, Chief Executive of British Triathlon added: “Taking triathlon to a new audience is really important for us as a sport and having so many take part in triathlon-themed activity in Trinity Leeds is really exciting. I hope today’s activity inspires them to continue their triathlon journey with the local GO TRI sessions and then get their entry into the ITU World Triathlon Leeds before the end of the early bird window.”

Leader of Leeds City Council Councilor Judith Blake, said: “The response to Leeds hosting a stage of the ITU World Triathlon Series has been absolutely amazing, and played a tremendous role in inspiring people of all ages to get active and take up the sport.

“With just six months’ time before we host our next ITU World Triathlon Leeds event there is already a great buzz in our city, and events such as this one at Trinity Leeds are a great way to build the excitement further.

“The previous two events have been phenomenal and we are proud that as a city we have created such a vibrant atmosphere for both the athletes and the spectators.”

The ITU World Triathlon Leeds 2018 is supported by National Lottery funding and is organised by British Triathlon, in partnership with Leeds City Council, UK Sport and the ITU.

For more information and to enter, visit leeds.triathlon.org/newyear