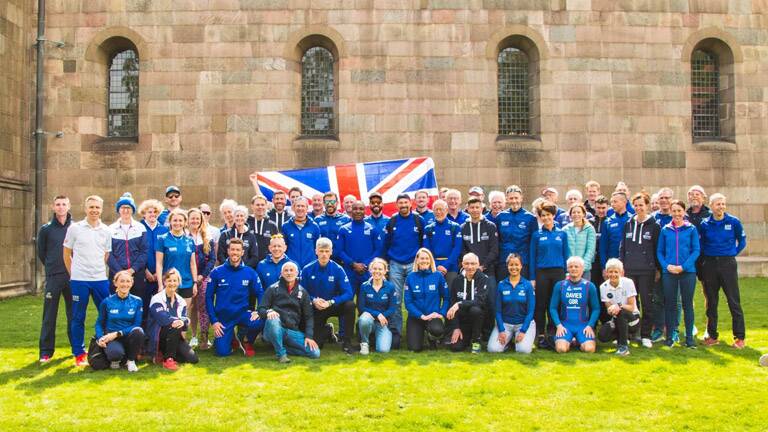 There was a British one-two at Challenge Riccione where Emma Pallant-Browne won and Lucy Byram finished second as Great Britain’s triathletes featured strongly in Italy.

India Lee – one of four British triathletes competing in the women’s pro race – was the race leader at the end of the 1.9km Adriatic Sea swim, closely followed by the British trio of Pallant-Browne, Byram and Rosie Weston who were within a few seconds of each other.

Pallant-Browne, Byram and Lee remained close together throughout the 90km bike, with Lee and Byram only seconds behind Pallant-Browne heading onto the 21km run.

Pallant-Browne, who is a former European U23 cross-country champion, quickly opened up a gap over the chasing athletes in the early stages of the run, a lead which she extended to over eight minutes by the time she took the tape to secure the win.

The battle for the remaining podium places saw Byram hold off the challenge of Italy’s Marta Bernardi to secure second place and add a podium finish to a season which has already included top-eight finishes at Challenge Salou and IRONMAN 70.3 Dubai.

Bernardi passed Lee on the final lap to prevent an all-British podium with Lee crossing the line fourth. Rosie Weston completed a strong British showing with a seventh-place finish.

In the men’s pro race, Thomas Davis finished fourth, his highest placing at a Challenge event since two podium finishes in 2019. Davies exited the swim in the top-five and ended with one of the fastest runs as he just missed out on a podium place.