With a record haul of medals at the Olympics, we take a look at how the Great Britain Triathlon Team have continued to try and push the boundaries of scientific understanding in the pursuit of medals, through strategic relationships with World-Class facilities and Sports Scientists.

When the Great Britain Triathlon Team, coaches and support staff sat down together to consider what barriers might limit the chance of success in Rio, one of the key considerations was how to prevent injury and illness, to ensure that athletes were able to train and compete to their maximum capability, as often as possible. With this in mind, British Triathlon sat down with their partner, the GSK Human Performance Lab (HPL), to help build a plan aimed at maximising race day performance in high temperatures, to help deliver success at the Games in Rio. 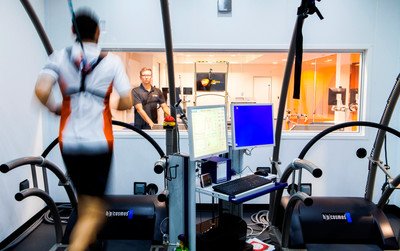 And so began a two-year collaboration using the GSK Human Performance Lab – a world leading innovation centre, researching to extend the understanding of human health and performance and the Great Britain Triathlon Team – athletes and support staff, including experts from the English Institute of Sport (EIS), with expertise in sport science, medicine and technology.

The focus was to understand how each athlete responded to environmental challenges and to manage this for the conditions they were likely to face in Rio. Three key areas were highlighted: heat tolerance, sweat rate and energy utilisation, with particular attention given to the extreme environmental conditions predicted for Rio – a temperature of around 31 OC and 60% relative humidity. A range of bespoke drink formulas would then be developed to meet the individual needs of the athletes, and to become a key part of a race day nutrition plan created by the Great Britain Triathlon Team support staff. 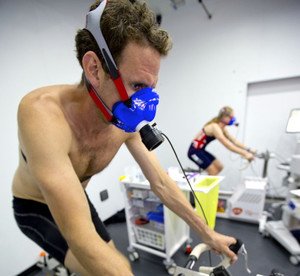 British Triathlon and EIS Performance Nutritionist, Lucy Wainwright, confirmed “Hydration and fuelling is fundamental to being able to put in a good performance in elite endurance sport, so working with GSK Human Performance Lab to produce a drink that would fulfil each athlete’s exact requirements during racing meant they would be performing at the top of their game when it mattered most.”

The athletes were not only tested at a high altitude training camp back in July 2014 but also in the enviro chamber at the Human Performance Lab, simulating the environment they are expected to compete in at Rio. The work included fluid balance and electrolyte field testing as well as heat tolerance tests in the lab, with a huge range of variables recorded such as core temperature, skin temperature, change in plasma volume, haematocrit, haemoglobin, sweat rate, sweat composition, substrate utilisation, blood glucose, blood lactate, power, heart rate, rate of perceived exertion and GI discomfort. 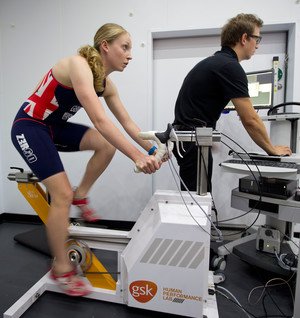 All the data collected helped inform the HPL scientists and Great Britain Triathlon team support staff of each athlete’s individual response to the exercise they were doing in test conditions and their individual nutritional demands.

With the information gathered, a race plan was built for each athlete with a particular drinking strategy, determining the optimal amounts of different types of carbohydrate, electrolytes and fluid intake, and having a specifically formulated drink corresponding to how their bodies had responded to the conditions during testing. This along with the individual pre-race drinks and post-race recovery plans already in place, has helped create a world-class race strategy.

It was a case of testing and testing again... 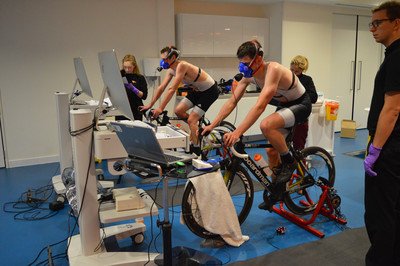 Talking about his Rio strategy, Olympic Silver medallist Jonny Brownlee advised “It was a case of testing and testing again, to trial and check the drink designed specifically for me, but we were in a place where, when I used the drinks, I knew my body was getting exactly what it needed to aid my recovery, which kept me on track for success”.

In elite sport the margins gained, however big or small, come from many hours of training, innovative scientific research and novel concepts to overcome obstacles. With the insights produced from this partnership, the athletes certainly made an impact this summer, returning with 50% of the medals on offer!

Ben Bright, Head Coach for the GB Triathlon Team agrees “British Triathlon’s relationship with GSK Human Performance Lab meant that we were in the best position to prepare for the conditions in Rio, giving us a better insight and understanding of how each athlete’s body reacts to given circumstances and tailoring our plans accordingly. Working with GSK Human Performance Lab is invaluable in our continuing aim to be the best prepared team on every start line”. 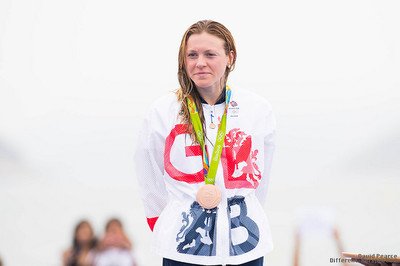 It has been some journey, a lot of thought and hard work, and it’s great to see it pay off with such success.

Such a dramatic finish at the ITU Grand Final this week was a glimpse into the challenges athletes face in different conditions and how quickly the intense heat can change a race. It highlights the impact that the environment can have on the body and on race performance.

To find out more about the work carried out by the scientists at that the GSK HPL, visit www.gskhpl.com. The GSK HPL Science Community exists to give academics, applied scientists, general health practitioners and coaches access to cutting edge research and expertise in human health and performance – apply to join today. MaxiNutrition is a division of GSK. To find out more please visit here.