Lifting the lid on parenting a junior athlete

Performance Director Mike Cavendish, who recently marked his first year in post with British Triathlon, looks back on 2019 which saw great success for British athletes.

Cavendish took hold of the reigns of British Triathlon part way through the Tokyo 2020 cycle and started his triathlon journey at the 2018 Grand Final on the Gold Coast. The 2019 season saw a total of 11 medals won at the ITU Grand Final in Lausanne and nine medals claimed at the Tokyo 2020 Test Event, with many more claimed along the way.

The start of the 2019 ITU World Triathlon Series (WTS) saw a breakthrough performance in Abu Dhabi for Alex Yee who claimed silver on debut and Jess Learmonth who took bronze.

“The year started really well for us,” Cavendish said. “Alex Yee was a huge breakthrough in 2019 and he really stood out as an athlete that showed what he can achieve. Abu Dhabi was my first WTS race and to see Alex and Jess get on to the podium was great.”

Learmonth continued her consistency throughout the year with a total of four medals in the World Series, but it was her silver medal at the Grand Final in Lausanne which really impressed Cavendish.

“Jess had a great year this year,” Cavendish said. “It’s been great to see how she has developed throughout the year. Her performance in Lausanne really stood out for me where she put together a really impressive performance.

“The course in Lausanne was a challenging one for all of the athletes. Jess had her usual strong swim but it was her run that I think we were all proud of. She stuck with Katie Zaferes throughout and secured her place as world silver medallist in the overall rankings. Her performances and improvements are a real testament to the great work behind the scenes between her and her coaching team."

The Paratriathlon programme have continued to enjoy success through 2019 with seven medals at the Tokyo 2020 Test Event and the ITU Grand final.

“On the paratriathlon side of the programme, Fran Brown had a tough build up to the Grand Final,” Cavendish added. “She had injury issues which followed the Tokyo Test Event which was the furthest she’d ever run with the change to duathlon, so for her to come back and win the World Championship was a massive achievement for her and one of the stand out performances for me.” 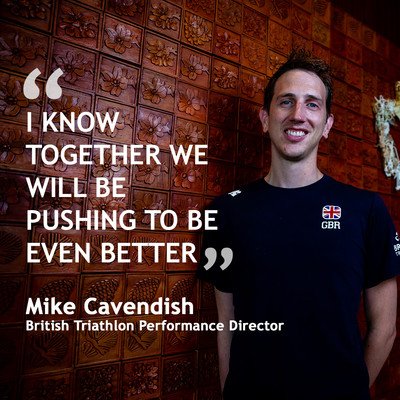 British Triathlon’s female athletes showed the strength in depth within the squad which has led to podium performances at six of the eight legs of the series.

“The strength of our women’s team is something that has impressed me this year,” Cavendish said. “We have won 38% of the medals in the ITU World Triathlon Series throughout the year which is really promising for me as we build towards Tokyo and beyond.”

Tokyo 2020 hosted the Test Event in August to test the venue, course, and operational teams that will be involved with the delivery of the event next year.

“The Test Event offered us the perfect challenge ahead of next year,” Cavendish said. “I was really happy with how the team pulled together to deal with the changes to the format. It led to us feeling confident on that starting line for each of the races.

“There were two main highlights from that event for me. The paratriathlon race was changed to a duathlon and for George Peasgood that was probably the last thing he would have wanted on race day. George was challenged not least by running twice but also the heat and humidity we experienced out there but he still finished on the podium. I remember sitting back at the end of the race and just realising how much of an incredible performance that was for him.

“The mixed relay was the first time since I started that we executed a race with a really strong team. It was a great race, the team worked together in a really slick way and that sprint finish against the French highlighted just how exciting mixed relay can and will be next year.”

As the sport begins the final build-up for the Tokyo 2020 Olympic and Paralympic Games, Cavendish shares his pride of being part of the British Triathlon team.

“The past 15 months at British Triathlon have taught me so much and I am excited by what the future holds for us,” Cavendish concluded. “We have some of the best coaches and practitioners in the world and, as we enter the most critical period of the cycle, I know together we will be pushing to be even better and provide the athletes the best environment to be the best-prepared on that start line next year.”