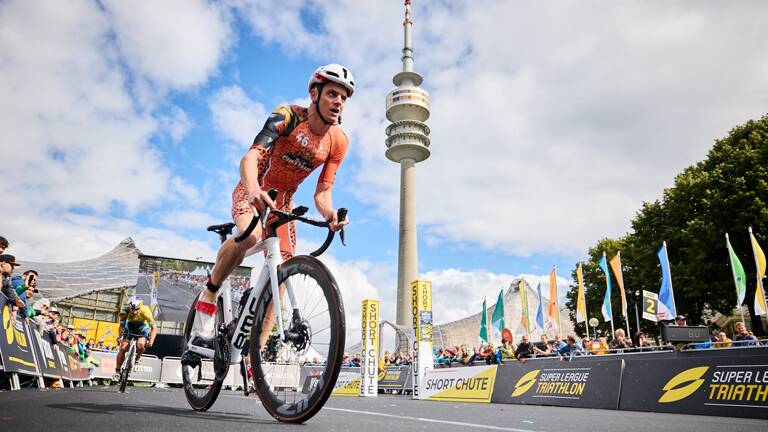 From Scotland to Malibu, a busy weekend of swim, bike, run 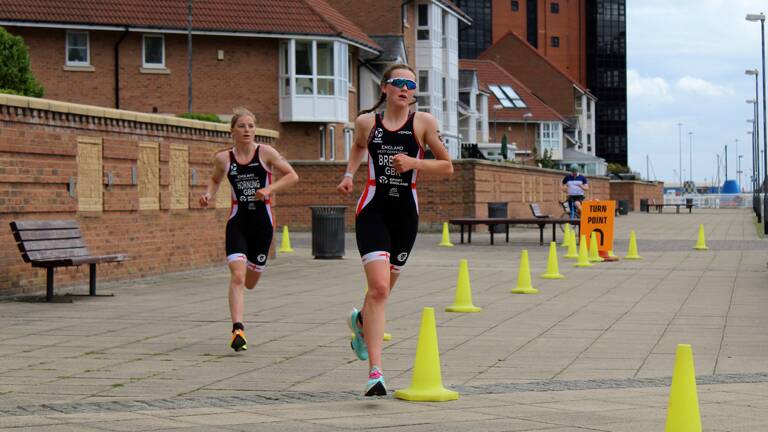 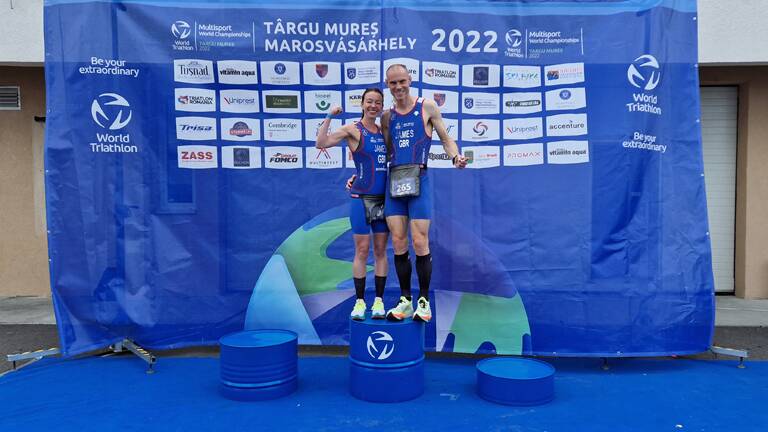 Elite, U23 and Junior medals as Brits see multisport success in Europe and America

With championship racing in Austria, World Triathlon Para Cup in Spain and middle distance triathlon in America and Poland, British athletes competed across the world in a medal winning multisport weekend.

Kitzbühel, Austria hosted a multitude of races over the weekend, beginning with semi-final races on Friday and culminating in mixed relay racing on Sunday. The Championships were formatted with initial semi-final races that would that send the top ten finishers in each race to a final race to decide the overall winner. The championships also featured a ‘B’ final for the athletes who finished outside the top ten in the semi-final races.

In the elite women’s final, Olivia Mathias was the 5th athlete across the line. She crossed the line in 00:35:43, making her the second fastest U23 athlete on the course behind race winner, Valentina Riasova (RUS). Mathias finished in 4th place in the first semi-final race to earn her place in the final.

Sian Rainsley also featured in the final race after finishing 4th in semi-final 2, narrowly missing out on 3rd place by three seconds. Rainsley finished in 7th place in the final, ahead of Jolanda Annen (SUI).

Also earning a place in the final, Sophie Alden finished ahead of Mathias in the first semi final to gain entry into Final A. Alden was the 4th U23 athlete across the line in the final race, finishing in 9th overall.

In the elite men’s final, Sam Dickinson beat out all the competition in the first semi-final, taking top spot and securing his spot in the final race. He finished 7th, just one second ahead of Florin Salvisberg (SUI) and two seconds ahead of compatriot Connor Bentley. Bentley placed 3rd in the second semi-final and was the 3rd U23 athlete across the line in the elite men’s final after Ricardo Batista (POR) and Tim Hellwig (GER). Bentley finished in 9th place overall.

Gordon Benson was the final Brit across the line in the men’s final. After finishing in 3rd place in his semi-final race, beating Italy’s Alessio Crociani to the podium position by one second, Benson crossed the line in 26th place at the final.

In the Junior men’s final, Daniel Dixon crossed the line in 2nd place after winning the first semi-final. Dixon shared the final podium with Graf Henry (GER) in 1st and Montez Alexandre (POR) in 3rd.

Two British athletes reached the Junior women’s final as Bethany Cook and Daisy Davies both finished in 6th place in their semi-final races. In the final, Cook finished in 13th place, whilst Davies crossed the line in 30th.

After finishing his elite men’s semi final in 17th place, Cameron Main raced in the ‘B’ final, crossing the line in 16th to be the 10th U23 athlete to finish.

Equally, Sophia Green’s 18th place finish in semi-final 2 saw her enter the ‘B’ final where she finished in 26th place.

The ‘B’ final for the Junior men was won by Matt Howard. Howard narrowly missed out on joining Daniel Dixon in the ‘A’ final when he finished 12th in semi-final 3. Howard was joined by Joe Sherman, who after finishing the semi-final in 20th place, entered the top five for the final race, crossing the line in 5th.

Team Great Britain were victorious in the mixed relay race. The team made up of Rainsley, Dickinson, Mathias and Benson crossed the line 18 seconds before Germany in 2nd place. The podium was completed by Team Russia in 3rd.

In the mixed junior relay, Team Great Britain consisted of Bethany Cook, Daniel Dixon, Daisy Davies and Matt Howard, finishing in 4th place ahead of Team Hungary to round out a successful weekend for British athletes in Europe.

It was a British one-two podium for the PTS5 women. Lauren Steadman crossed the line after 01:07:25 before compatriot, Claire Cashmore followed her twelve seconds later. The pair shared the podium with Canada’s Kamylle Frenette.

Oscar Kelly earned a place on the podium after finishing the men’s PTVI in 2nd place. Kelly shared the podium with France’s Arnaud Grandjean and Donnacha McCarthy (IRL). Rhys Jones also joined Kelly on the start list, finishing in 5th place ahead of Japan’s Yosuke Yamada.

Melissa Reid finished in 4th place in the women’s PTVI race. Reid started and ended the race strong, recording the second fastest swim and run times of the day and finishing with a time of 01:14:20         . The race was won by Spain’s Susana Rodriguez.

Josh Landmann raced in the PTWC classification, finishing in 5th place more than a minute ahead of the USA’s Howie Sanborn.

Fran Brown ended her first outing of the year with a DNF.

Holly Lawrence and Emma Pallant-Browne dominated the IRONMAN 70.3 in Iowa. The Brits recorded a one-two podium with Lawrence taking the gold with a finishing time of 02:53:46 and Pallant-Browne following her across the line after 02:55:26. The podium was completed by the USA’s Jackie Hering.

For the pro women, Lucy Hall finished with a time of 04:15:34 to take 2nd place behind Sarissa De Vries.

Age group racing also took place at Gdansk, Poland, with the results posted on the buttons below.