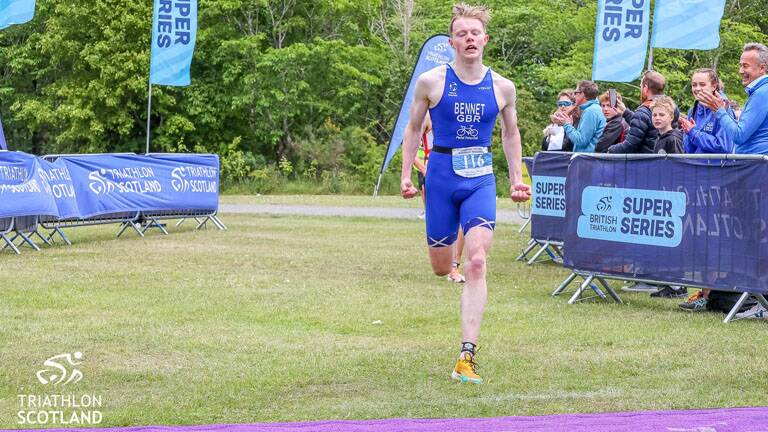 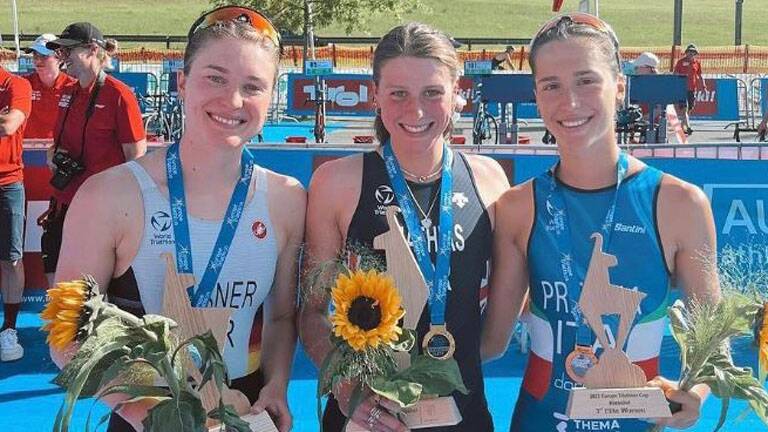 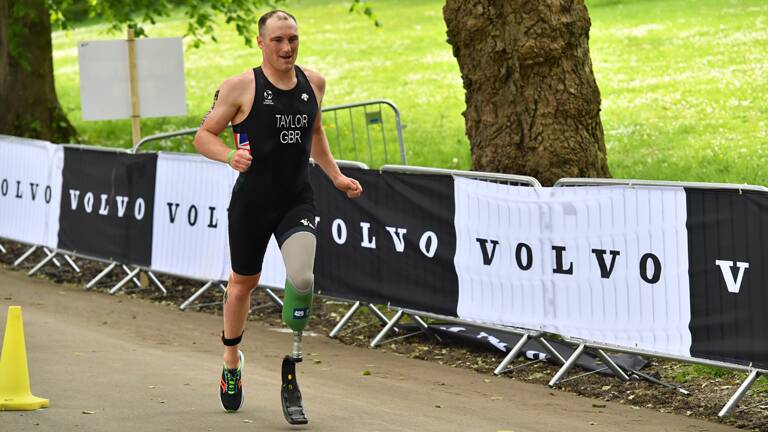 Today marks 50 days until the Volvo 2022 World Triathlon Para Series Swansea, which will be taking place in the city on August 6.

Championship Series Leeds and noted the impact a vibrant atmosphere has on an athlete’s performance.

He is now aiming to carry that into his own performance in South Wales and said: “With 50 days to go until Swansea, I’m just really looking forward to being back racing in front of a home crowd.

“A home crowd makes a massive difference and to have that for us in Swansea as paratriathletes will be pretty wicked.”

Peasgood, who earned silver at Tokyo 2020, believes the landmark event will provide an important platform for athletes and is delighted the event finally has its own place on the calendar.

“Usually, all the para events are mixed in with the non-disabled events,” he said.

“It’s really good we’ve got our own event which we can use as a spectacle for the weekend and showcase paratriathlon.

“To have Swansea as a stand-alone event is really cool. It shows off a lot of parasport and will be a big parasport week.

“It’ll really show off para-athletes and get more people involved as well and just showcases paratriathlon with the elite race.

“It’ll really show what we can do.”

The in-form Peasgood will first be looking to continue his remarkable run of top two finishes in his previous four major paratriathlon events, the most recent of which came when he won the 2022 World Triathlon Para Series Yokohama in May.

He added: “It’ll help a lot of people who can’t get into the sport as well and that’s what we’re trying to do, to create a really good pathway especially with Paris and LA coming up really quickly.

“The more people we can get involved, even if [they’re] trying out different sports as well, will be a really good experience.”

The competitors are not the only people looking forward to the occasion and British Triathlon CEO Andy Salmon highlighted the incredible exposure participating athletes will be able to enjoy.

He said: “Volvo 2022 World Triathlon Para Series Swansea will be the first standalone event of its level to be hosted in Britain and with 50 days to go it’s shaping up to be a showcase for the sport.

“The best paratriathletes in the world will be in the city to swim, bike, run, providing a home race for British athletes at the top of the sport.

“Up-and-coming domestic paratriathlon talent will also be competing earlier in the day in the British Paratri Super Series to support their development and give them the experience of competing at an elite level event.

“We’re really excited to be working with Swansea City Council, the Welsh Government, Welsh Triathlon and UK Sport to bring this event to Britain.

“It’s been a long-held ambition for British Triathlon and we’re delighted that we can host a home paratriathlon event through to Paris 2024 to help grow paratriathlon locally, nationally and internationally.”

Swansea is a popular destination for endurance events, with the Volvo 2022 World Triathlon Para Series the latest world-class event to be held in the city.

Paralympic, World and European champions will descend on Swansea for the next three years, while elite athletes will be joined by up-and-coming athletes for a leg of the British Triathlon Paratri Super Series, and participants in the GO TRI Disability Aquathlon.

“It’s great to see key figures from the triathlon community here today – and we look forward to hosting hundreds of athletes and many spectators at the event on August 6.

“With Ironman 70.3 Swansea planned for the following day, it’s going to be a great sporting weekend for us.

“These events, along with all the others that the city hosts each year, will inspire even more people to compete in sport – competitive or recreational - and to enjoy our fabulous local area and facilities.”