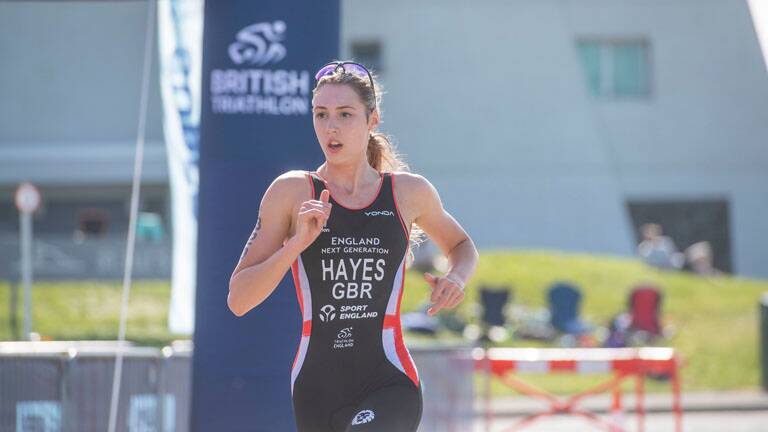 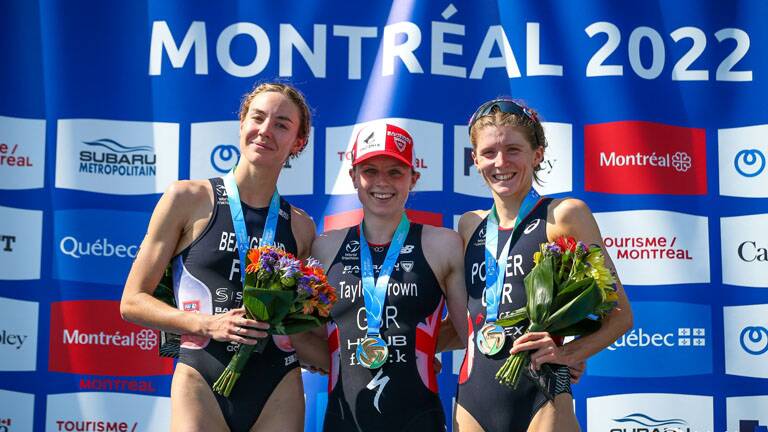 There will no doubt be plenty of home support lining the route around Roundhay Park for the five British women who will line-up on the elite women’s start line at AJ Bell 2022 World Triathlon Championship Series Leeds on Saturday (11 June).

Georgia Taylor-Brown, who heads into her home race top of the Maurice Lacroix World Triathlon Championships Rankings, is one of five British women who will be competing in Leeds, with Sophie Coldwell, Beth Potter, Sian Rainsley and Kate Waugh all on the start list.

Taylor-Brown knows what it takes to win in Leeds having won in the city centre in 2019 and comes into the race off the back of winning gold in Yokohama last month.

The distance and course have changed for this year with the elite races in Leeds now competed over the sprint distance and all races starting and finishing within Roundhay Park.

The race starts with the familiar setting of the swim in Waterloo Lake for what will be a 750m swim this year, before transitioning onto the bike for four laps around the roads in and around the park. After completing 18.4km on the bike, it’s then two laps of the run course past Mansion House and around Upper Lake and down to the finish line.

Although the finish line has changed from last year's location, Coldwell will still have fond memories from this event 12 months ago when she claimed bronze. Leeds will be her first triathlon of 2022 as the 27-year-old continues her build-up to next month’s Commonwealth Games in Birmingham.

Great Britain will have the joint most athletes of any nation in Leeds, again showing the strength in depth. This strength was shown in Leeds last year where all seven British women crossed the finish line in the top-25 with two podium places and four top-10 finishes. Then again in Abu Dhabi where six of the eight finished in the top-10.

Beth Potter finished seventh in both of those events and has shown her strength and speed over the shorter distance, winning back-to-back World Triathlon Cups over the sprint distance at the end of last year, before becoming the first triathlon esports world champion last month.

Rainsley has been ever present in World Triathlon Championship Series races since making her debut in Leeds last year and is currently fourth in the Championship Rankings, while Kate Waugh will experience her first home international race when she makes her Leeds debut on Saturday.

Just like the men’s race, there is a strong international field, with 15 of the current top 16 ranked World Triathlon Championship Series athletes starting.

Dame Flora Duffy (BER) is ranked second after securing podium finishes in the two races she’s started in this year’s series, including victory in Abu Dhabi. Laura Lindemann (GER) won in Hamburg, the first ranking race of the 2022 race, and will line-up on the pontoon in Leeds, along with France’s Leonie Periault, who was second in Yokohama.

Last year’s winner Maya Kingma of the Netherlands will be back to try and defend her title, while USA athletes Taylor Knibb, Erika Ackerlund, Summer Rappaport and Taylor Spivey are all ranked within the top-12.

Spivey in particular has enjoyed racing in Leeds, finishing in the top-seven in all four of her visits to the city, including second place in 2017.

France’s Cassandre Beaugrand will be another athlete to watch as one of the fastest runners on the start list and she’s already had success in the UK this year, winning at Arena Games Triathlon Series London, powered by Zwift.

The elite women’s race starts at 15:45 on Saturday (11 June) with live coverage on BBC1 and triathlonlive.tv/.

Entry into Roundhay Park is free across the weekend so you can watch the best athletes from around the world in the elite races and cheer on those participating over the weekend of 11-12 June.

Find out how you can attend the park and spectate by visiting https://leeds.triathlon.org/event_information/spectators/