Brits line up for European Championships in Munich

Buckingham is part of UK Sport’s Athlete to Coach Programme

Mark Buckingham is a four-time British National Champion (duathlon in 2012, 2013, 2015 and triathlon in 2014), and has won medals at both European and World Cup triathlon competitions. Now 34 years old, Buckingham is taking part in a UK Sport programme focused on supporting elite athletes who are transitioning into high-performing coaches. 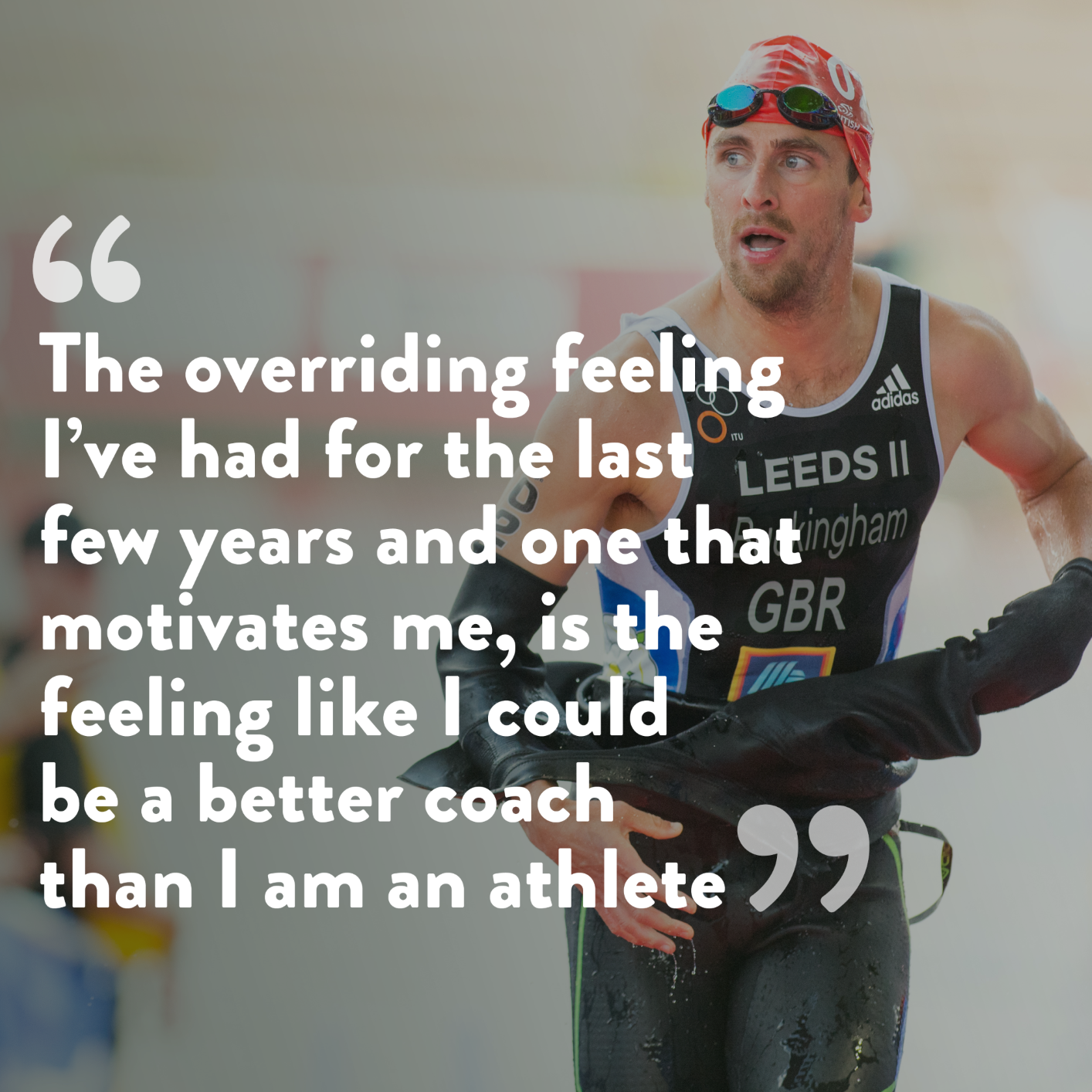 Buckingham’s coaching journey had a surprisingly early beginning and continued to be a presence throughout his career as an athlete. At 16, Buckingham was frequently presented with opportunities through his father who coached a large athletics squad. This experience later developed into Buckingham achieving his UK Athletics level 2 coaching certificate.

Buckingham, a runner since the age of 6, put the coaching on hold after moving to the United States of America for a three-year sport scholarship at Florida State University. Here he became a member of a prolific team that won the National Collegiate Athletics Association Championships and even met with President George W. Bush. As the scholarship drew to a close, Buckingham began experimenting with coaching once more. He earned the role of grad assistant, often training with other athletes and leading run sessions.

Following his time spent across the Atlantic, Buckingham returned to England and was swiftly scouted by British Triathlon at around 25 years old. “During this period, I gained my level 2 British Triathlon coaching gold award and spent a lot of my time coaching children during the runup to the London 2012 Olympic Games,” said Buckingham.

Buckingham believes this prepared him to manage the variety of athlete personalities that encompass triathlon, as sessions with children can often be chaotic and unpredictable, as well as requiring a developed understanding of pastoral care and mental wellbeing.

The years that followed were arguably Buckingham’s most fruitful during his career as an international triathlete, taking several World and European Cup gold medals. Buckingham then returned to coaching and completed his level 3 coaching certificate. This is a high-performing coaching programme that allows level 2 coaches to develop their understanding of how to support individuals in achieving their goals and ambitions. The award allowed Buckingham to transition from a training partner in Leeds for the likes of Alistair and Jonathan Brownlee, to a performance partner. The new position allowed him to take a more senior role in athlete development, leading elite athlete training sessions, he gained first-hand insight into managing athletes at the highest level.

Buckingham said: “I’ve always wanted to learn, so I think having that kind of focus would naturally see me shift from learning about myself as an athlete to learning how to help others reach their potential.”

It wasn’t only through his experience as an elite athlete that aided his journey to becoming the coach he is today. In May of 2018 Buckingham began a new endeavour, working as a guide for three-time World and European Champion paratriathlete, Dave Ellis. Ellis is a visually impaired athlete and athletes in this classification have guides to aid them along the course. This provided Buckingham with a more intricate understanding of the sport, placing a focus on communication and efficiency, Buckingham and Ellis collaborated to make small changes to Ellis’ race-style that resulted in important marginal gains. This was a valuable experience for Buckingham in analysing an athlete and implementing a number of improvements.

Buckingham said: “We utilised techniques like me warning Dave before cornering, introducing swim directions for manoeuvring around buoys and swimming as far apart as possible when tethered, to avoid catching each other’s water.”

Whilst his level 3 coaching certificate provided more insight into coaching high-performance athletes, Buckingham’s experience and understanding was boosted after he signed up to the UK Sport Athlete to Coach Programme. The programme takes recently, or soon to be retired world class athletes and accelerates their coaching development in a course that utilises cross-sport reflection as well as sport-specific training. Buckingham described the programme as being the best course that he’s ever been a part of, praising the level of trust and respect that the programme gives to its prospective coaches.

Reflecting on the programme, Buckingham said: “The most important part of the Athlete to Coach course for me are the athletes and ex-athletes on it. The room is full of Olympians and Olympic medallists that are on the same path, all wanting to be great performance coaches.”

The course itself, comprised of 10-15 athletes from a variety of sports, lasts for 18 months and convenes every 6-8 weeks. Buckingham said: “The majority of the focus is placed upon performance sport, rather than the age group athletes or children that most coaching courses are involved with. This means that the programme offers more relevant case studies for those studying, concentrating on a lot of nuanced issues like managing high expectations, coping with the pressures of winning medals and the importance of mental wellbeing in elite sport. There are guest speakers and team-building exercises too and a lot of the course is centred on self-reflection, something many athletes and coaches often struggle with.”

He continued: “The cross-sport interaction is something that makes this programme incredibly unique and it’s allowed me to adopt certain techniques from other sports like taekwondo and tennis.”

Curiously, Buckingham spoke about the numerous similarities between tennis and triathlon and through the UK Sport programme, has organised to work alongside the Lawn Tennis Association (LTA) to experience how tennis coaches operate and how elements of that support system can be introduced to triathlon.

Buckingham attends the course alongside a plethora of elite sports stars including triathlon’s own Phil Hogg, gymnastics’ world championship silver-medallist Daniel Purvis and former European championship bronze-medallist Ruebyn Richards (Taekwondo). Before taking part in the programme, Richards had already acted as coach to Taekwondo world champion Jade Jones, demonstrating the level of coaching expertise already possessed by the athletes who enter the programme.

Giving an example of the unique insight offered on the course, Buckingham said: “An example to the level of insight we get on the course was a story from one of the now coaches, who within 18 months of retiring as an athlete, was asked by their federation to coach a double Olympic gold medallist. So obviously the discussion that came out of that was incredible.”