Bishop and Benson on life beyond the World Class Programme

Cashmore on his Middle Distance Championship glory in 2022

Along with the British paratriathletes competing at their home race, there will be many international stars racing in Swansea with 25 different nations expected to be represented on the start line.

Here’s seven international athletes to look out for…

Whether it’s on snow or over swim, bike and run, there seems to be no stopping the USA’s Kendall Gretsch.

The now four-time Paralympic champion has won gold medals at both the Summer and Winter Paralympic Games including a thrilling sprint finish to claim gold in the women’s PTWC in Tokyo last summer.

Gretsch’s summer success was followed by three medals at the Winter Paralympics in Beijing earlier this year which included gold in the 10km sitting biathlon to add to her Paralympic cross-country skiing title from PyeongChang four years ago.

With Australia’s Paralympic silver medallist Lauren Parker also competing in Swansea, it could be another brilliant battle for the women’s PTWC gold in South Wales.

Austria’s Florian Brungraber continues to add to his medal collection which now includes Paralympic and World medals after his medal winning performances in Tokyo and Abu Dhabi last year.

The men’s PTWC category continues to be dominated by the Netherlands’ Jetze Plat, but Brungraber has emerged as one of Plat’s closest challengers since taking-up the sport in 2017, including claiming Paralympic silver in Tokyo last year.

A multiple European medallist, the Austrian champion will be targeting back-to-back golds after his win at World Triathlon Para Cup Besancon in June. 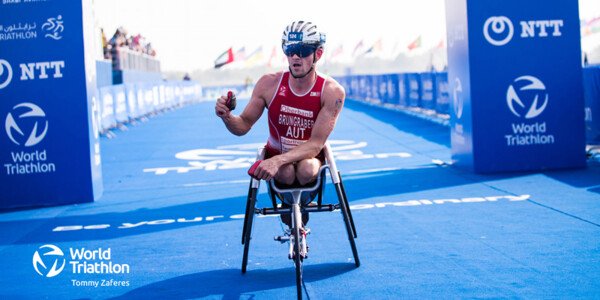 The reigning women’s PTS2 world champion, Hailey Danz has been a regular on the international podium ever since she competed in her first international paratriathlon in 2012.

You have to go back to August 2019 to the last time Alexis Hanquinquant didn’t end an international race on the top of the podium.

The Frenchman is the number one ranked athlete in the men’s PTS4 with his 13-race winning streak including Paralympic gold, two world titles and three European golds.

Since he first started competing in 2016, the five-time world champion has won a combined 10 world and European titles and the Paralympic champion will certainly be favourite to extend his winning streak in Swansea.

Only age 24, the USA’s Grace Norman has won all the major paratriathlon titles possible in the women’s PTS5, including becoming Paralympic champion in 2016 at age 18.

Norman will head to Swansea currently unbeaten in 2022, but with Cashmore having the backing of the home crowd, it could be another thrilling battle between the pair with the last two races both being close after the swim and bike. 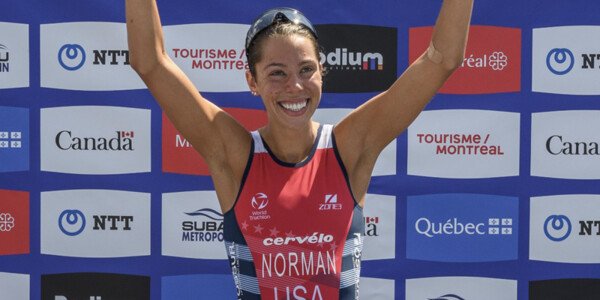 Similar to Norman, Canada’s Stefan Daniel is another athlete who took the paratriathlon world by storm in his teenage years, claiming world bronze at his first World Championships at age 16.

Two years later, he won the first of his four world titles as he continued to add medals to his impressive haul which includes Paralympic silver from Rio and bronze in Tokyo.

There is certainly no shortage of international medallists competing in Swansea with France’s Annouck Curzillat another athlete who has had medal success at the highest level.

The French national champion claimed bronze at Tokyo 2020 and arrives in South Wales having won a string of international medals including European gold last year and bronze in May.

Curzillat has also won multiple World Triathlon Para Cup medals including when Eton Dorney hosted an event in 2018. After the Commonwealth Games results at Birmingham 2022, the women’s PTVI race could be one of the most fascinating races of the day.