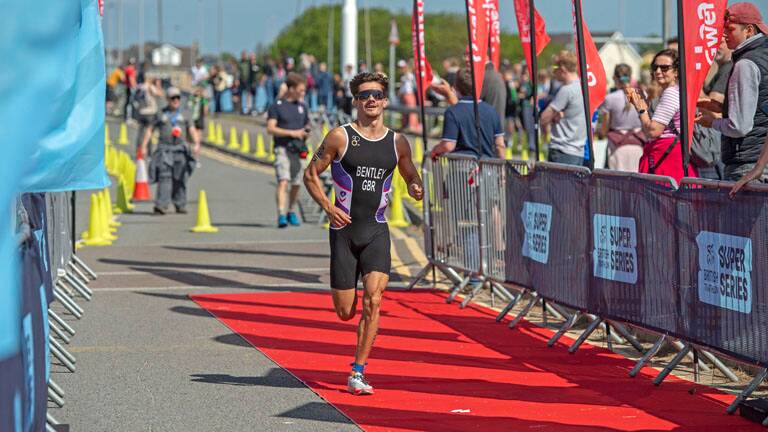 Providing the opportunity to qualify to represent Great Britain at Europe Triathlon and World Triathlon Championships in 2023, the calendar of qualification events in 2022 has now been announced by British Triathlon.

Each year, British Triathlon invite event organisers across the country to bid to host Age-Group qualifier opportunities for British Triathlon Home Nation members. These qualifying races give members the chance to represent Great Britain, with some of the biggest and most iconic events having been selected as part of next year’s calendar.

The races offer the chance for members to compete at European and World Championship events in 2023 and, for the first time, British Triathlon have awarded qualifiers in standard distance aquabike, and middle distance duathlon. Additionally, British Triathlon are also looking to introduce a super sprint distance triathlon qualifier race, with more information surrounding this new opportunity coming soon.

These additional qualifiers are on top of the traditional calendar for sprint and standard distance triathlon and duathlon, whilst qualification for teams in other multisport disciplines and distances is available through meeting set criteria which is available on the British Triathlon website.

Where possible, and to provide members with the greatest opportunity to qualify, multiple events have been selected per championship. The exception to this being the qualifiers for the World Standard Distance Triathlon Championships due to the number of athletes having spaces rolled over due to Covid-19, however three will take place for the equivalent European Championship.

Following a truncated racing calendar for the Great Britain Age-Group Team in 2021, the team were able to race at a handful of events towards the end of the summer and into the autumn, with athletes who were unable to race because of cancelled or postponed events having the option for their places to be rolled into the teams for next year.

Despite the impact on events and travel that Covid-19 has had, the Great Britain Age-Group Team has been out in force and winning medals on their return to the start line.

To find out more about the Great Britain Age-Group Team and how to qualify, click below to visit the British Triathlon website.