Every member of the Great Britain team won a medal at the 2018 Paratriathlon World Championships in 2018.

Dave Ellis (PTVI) won the team’s first medal and defended his world title from 2017 as he took gold alongside his guide, Mark Buckingham.

Having led coming out of the swim, Ellis was caught by Aaron Scheidies (USA) on what was a technical bike course. As the athletes made their way out on to the 5km run course, the Brit was able to push on and ensure that the world championship crown would be his once again.

On winning gold, Ellis said: “What an amazing feeling. It was a tough race and I wasn’t sure it would happen, but I got it on the run. We made the best of the race and stuck to our game plan. The guys went out harder than us, but we built through it.”

In the women’s PTVI race, Alison Patrick (now Peasgood) took silver behind Susana Rodriquez of Spain and was guided by Hannah Drewett.

Patrick and Rodriquez were neck-and-neck as they came out of the water, however a faster transition saw the Spaniard make her way onto the bike course first. Over the 20km bike and 5km run, she was then able to increase her lead to cross the line a minute ahead of Patrick. 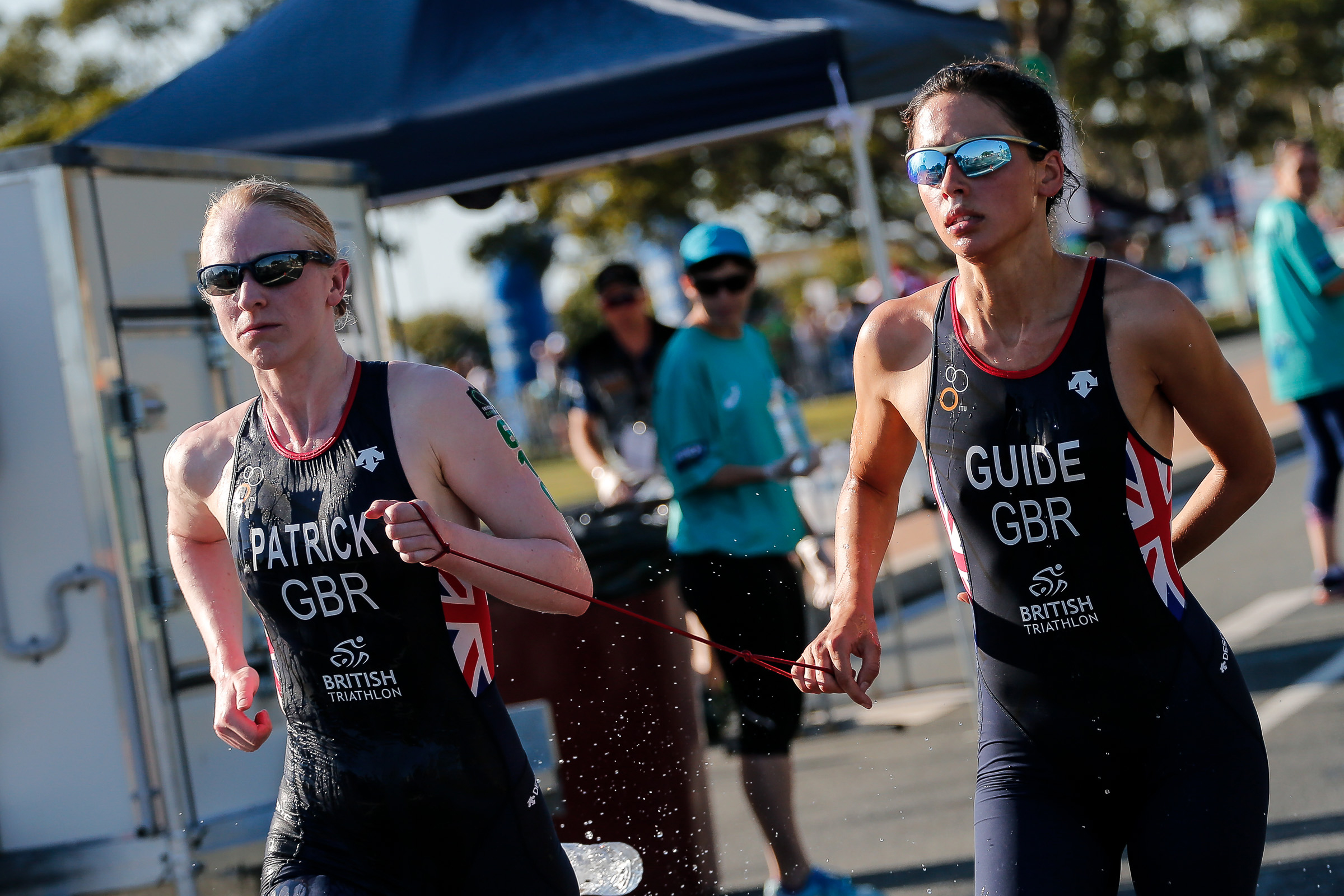 Above: Alison Patrick won silver in 2018

Lauren Steadman and Claire Cashmore secured a one-two in the women’s PTS5 category, with Steadman upgrading the previous year’s silver for gold on the Gold Coast.

Cashmore led out of the water, however only had a one second advantage over her compatriot and three seconds over Paralympic champion, Grace Norman (USA).

Steadman fought back to set the fastest bike split of the race followed by a sub-21-minute run time that saw her crowned world champion. Despite a fast run from Norman, Cashmore had built enough of a lead to see her claim silver by over a minute from the American.

After the race, Steadman said: “I wasn’t expecting to win but I knew I would try my best and it was enough. I kind of planned to make the bike leg my strongest but I didn’t get as far away as I wanted to but then I found my legs on the run, so I was really happy.

“There is still more to come, and I have more technique work to do but I’m really chuffed and just want to say thanks to everyone who has helped me get here.”

In the parallel men’s race, George Peasgood won his first global medal since the restructuring of the classifications five years before.

He battled hard with race favourites, Stefan Daniel (CAN) and Martin Schulz (GER), racing them all the way to the finish to take his place on the podium.

Peasgood recorded the fastest swim and bike times of the race, however, was caught on the run as the Canadian took gold, with Paralympic champion, Schulz, the silver medal.

Hannah Moore made an impressive world championship debut as she took gold in the women’s PTS4 race. The then 21-year-old, opened up a 90-second lead in the water before increasing that on the bike leg to create a gap that no one was able to bridge.

Despite the best efforts of home athlete Sally Pilbeam, Moore crossed the line to win gold by over a minute and twenty seconds from the Australian.

On her debut world championship race and win, Moore said: “They were good conditions for me and on the bike I just went as hard as I could to try and create a gap to the other girls and then just hang on during the run.

“It was hot out there and a tough race, but I am delighted with the result. I can go celebrate now!” 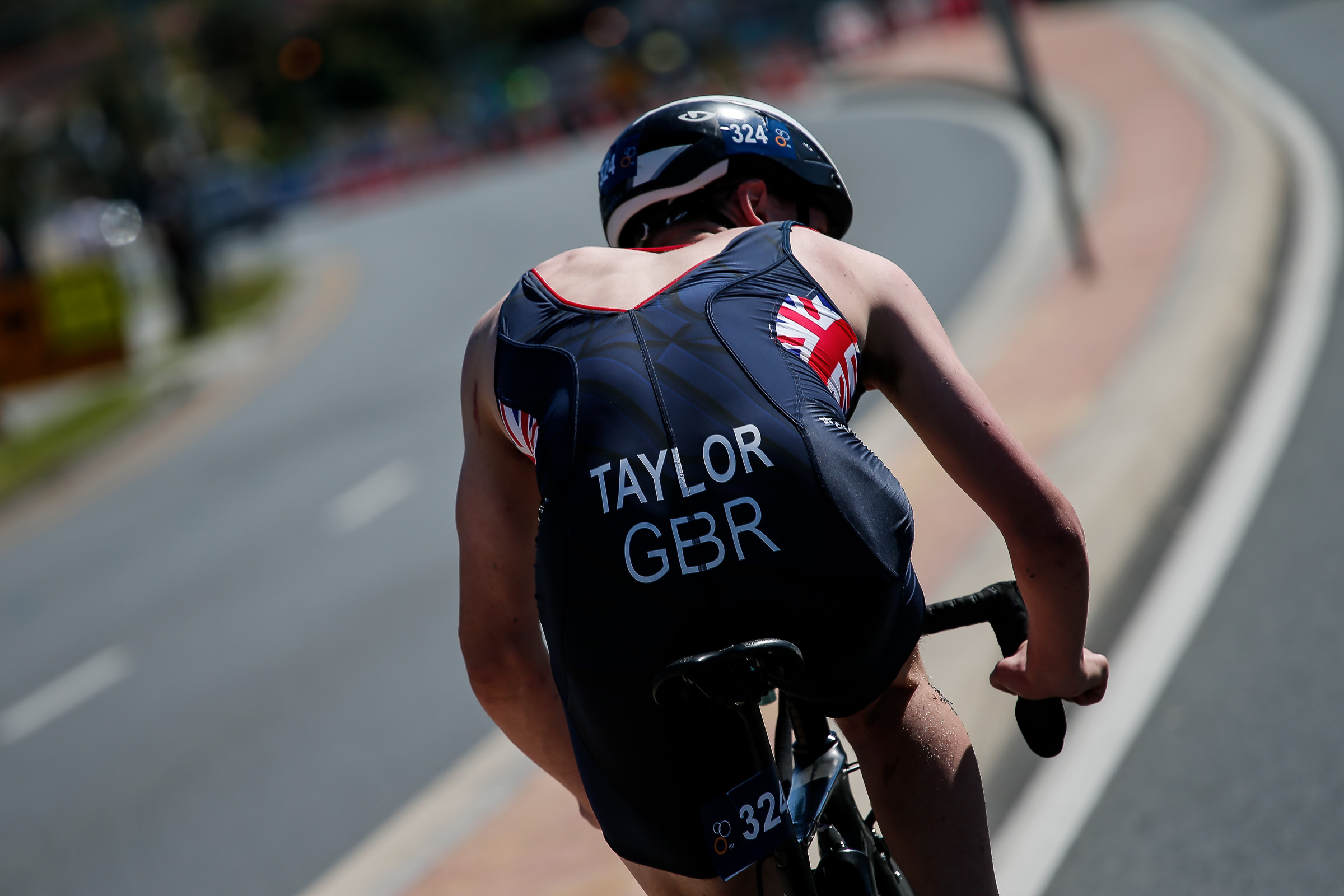 Above: Ryan Taylor won silver on the Gold Coast

Silver medallist in 2017, Mark Barr (USA) created an unassailable lead as he left the water first and, despite making inroads on the bike and run, Lewis as unable to catch him having cut the deficit by a minute.

Brown showed her strength on the bike to improve on her bronze medal from 2017, with Taylor posting the fastest run time in the PTS3 races to step onto the world championship podium for the second time having finished third in 2015.

Joe Townsend claimed a bronze medal behind Paralympic gold and silver medallists, Jetze Platt (NED) and Gert Schipper (NED). The Dutch athletes have dominated the men’s wheelchair classification for a number of years, with Townsend able to make inroads and edge closer to the two flying Dutchmen in Australia.

Commenting at the time, Head Coach Jonathon Riall, said: “Overall this is the most successful outcome for our team in its short history and testament to the continuous hard work from every member of coaching and support staff.”