The paratriathlon racing brought the 2013 European Championships to a stunning close on Turkey’s Mediterranean coast on a day of sun drenched racing.

Both had previously represented Great Britain as para-swimmers and finished the race over six minutes ahead of third place Alena Kaufman (RUS). 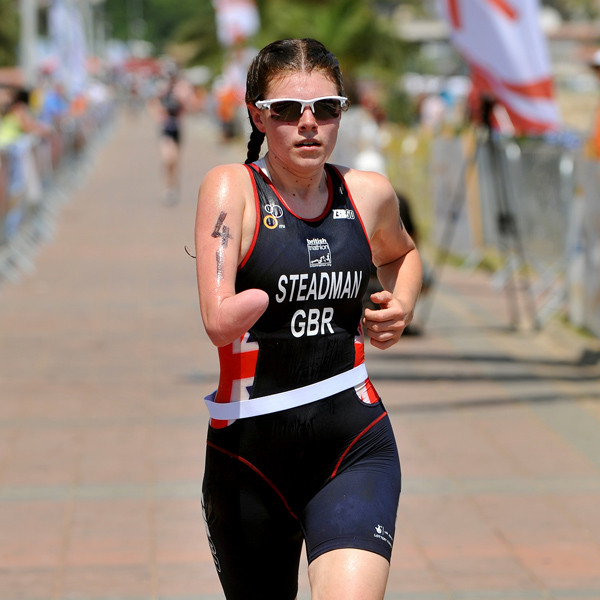 Above: Lauren Steadman finished ahead of Clare Cunningham in a British one-two

Steadman said: “I definitely had to work hard for this. The swim is my strength and I had a good, smooth transition; on the bike I just wanted to keep distance between myself and everyone else. On the run I had jelly legs, but I gave it my all.”

Ellis was making his debut and used his swimming prowess to be the first out of the water and finished the race almost 90 seconds ahead of Dawson.

There was a further one-two in the parallel women’s event, with Melissa Reid finished ahead of Charlotte Ellis to be crowned European Champion.

Racing in the men’s TRI 6a (visually impaired, including blind) category, Haseeb Ahmad claimed the final podium position as he finished over eight and a half minutes ahead of fourth place. 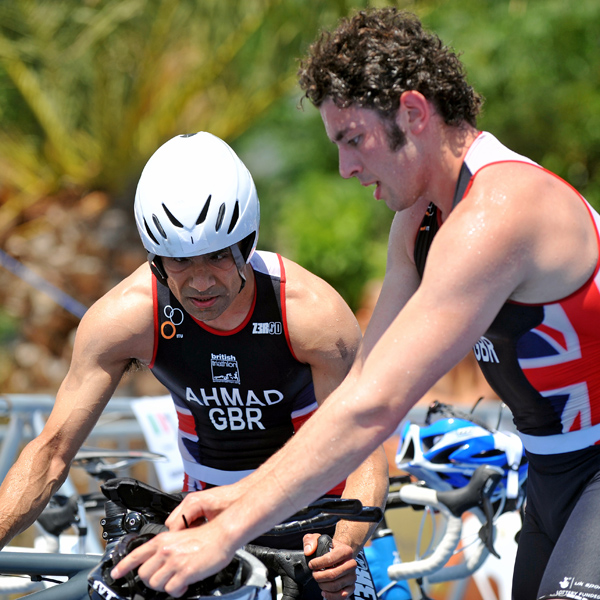 Above: Haseeb Ahmad finished third at the 2013 Paratriathlon European Championships

Phil Hogg won gold in the TRI 1 (wheelchair user) category, saying after the race: “It’s emotional, I can only thank my coaches and my family and I can’t thank them enough for getting me here.

“I was thinking on the third or fourth bike lap that I had a chance, but I knew I had to keep on the gas and keep racing.”

This was Hogg’s first international paratriathlon race, and he was joined on the podium by Joe Townsend who finished third. Francesc Sola Garcia (ESP) took silver. James Goddard was the third Brit to make the top ten, as he crossed the line in 7th place.

Steven Judge secured a silver medal in Alanya as he finished second to Michele Ferrarin (ITA) in the men’s TR1 3 race.

The 2013 European Paratriathlon Championships saw twelve of the seventeen British athletes that raced win a medal. This impressive haul saw a third of the total medals on offer won by a member of the GB team, showing the strength across the different paratriathlon classifications.

Further 2013 racing, including the 2013 Paratriathlon World Championships, will be covered in subsequent Swim, Bike and Reruns as we recap the best of British athletes from recent years.