An astonishing nine medals were won by British athletes at the ETU European Paratriathlon Championships, with five athletes from Britain being crowned European champions in Estonia. 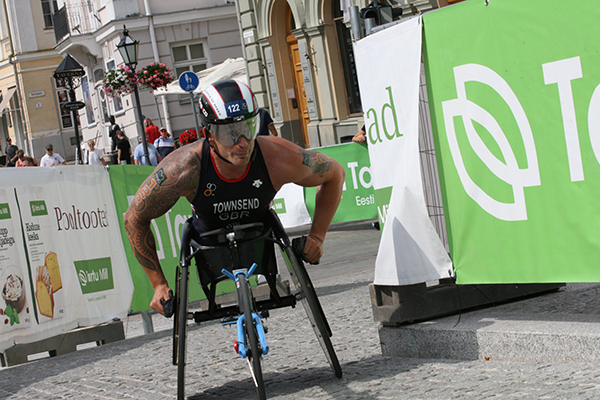 The PTWC category saw Joe Townsend take to the podium yet again after he ascended the field, swiftly moving from fourth out of the water to third on the bike, crossing the line in 2nd place. He recorded a time of 00:13:45 on the racing wheelchair as the Netherlands’, Geert Schipper secured gold.

World champion, Andy Lewis had tough competition in the PTS2 race. France’s Jules Ribstein put down a 00:09:44 swim to lead the race into the bike section. The Frenchman was pursued by Lewis, who left the water in second place. It was during the bike section where, yet another Dutchman announced themselves as serious competition for a British athlete, as Maurits Morsink put down the fastest bike leg of the race and stretched the field even further across the final discipline to win. 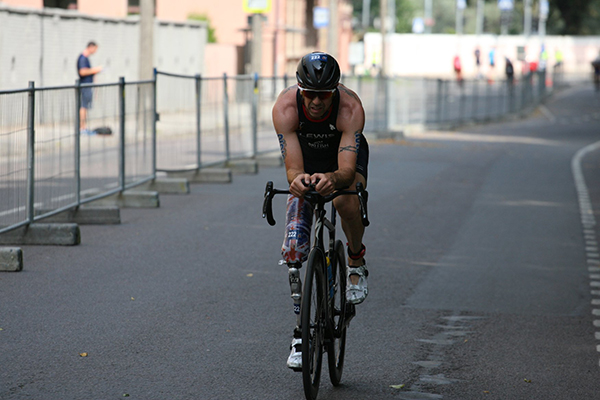 Above: Andy Lewis on the bike.

Lewis was in a battle for second place and Spain’s Lionel Morales was pushing hard, beating Lewis’ bike split. The Rio gold medallist fought exhaustion and put over half a minute between him and his Spanish competitor on the run, finishing in 01:08:47 and securing silver.

With the 2017 champion, Finland’s Liisa Lilja, not traveling to Estonia to defend her title, Fran Brown was poised to claim the crown for herself. Brown led from the race start, leaving the water a minute before any of her competition and continuing the same form throughout the race.

She emphatically took the tape, becoming European Champion and, in the process, recording her fastest ever time over a sprint triathlon course (01:21:24). Brown shared the podium with Spain’s Rakel Mateo Uriarte and Veronica Yoko Plebani (ITA).

The medals didn’t stop there for British athletes, with Ryan Taylor (PTS3) also reaching the podium. This race was another exhilarating battle between world class athletes where Taylor trailed Spain’s Daniel Molina by almost two minutes coming into the first transition.

Taylor fought back on the bike, recording the fastest split of the race (00:35:17) and positioning himself as a contender for the title. He duelled with Molina in a sprint finish that ultimately gave the Spanish athlete the victory by an agonising two seconds.

Taylor reflected on the race, saying: “I loved every minute of the run, but so painful. Most exciting race I've done.” 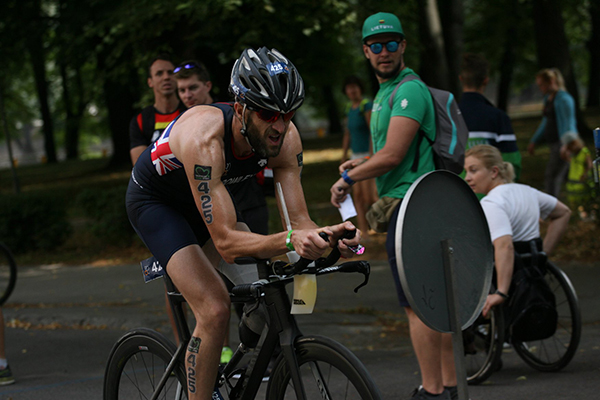 Above: Steve Crowley taking on the 20km cycle.

Steven Crowley placed 5th in the PTS4 race. He kept pace with the front runners until the final discipline, finishing less than a minute off the podium, as Russia’s Mikhail Kolmakov took bronze with a time of 01:04:49. Frenchman, Alexis Hanquinquant was crowned European Champion.

If Hannah Moore were to be crowned PTS4 champion, she would need to upset the defending champion Cassie Cava (IRL).

Hannah Moore had her leg amputated in 2016 and, two years later, she was set on the start line ready to become European Champion. This was her first championship event and Moore set off in great form, putting 1 minute and 14 seconds between her and the defending champion before entering T1.

Whilst Cava was on the offensive, Moore didn’t let up, putting a further five minutes between her and Cava to put the win in her sights. A strong run ended the race in a convincing fashion for Moore, finishing almost 15 minutes ahead of Cava, dominating the race and taking the title of European champion on her championship debut.

Moore commented: “I am so delighted to win today in Tartu. To win the European Championships just one day after the two-year anniversary of having my leg amputated feels very special.” 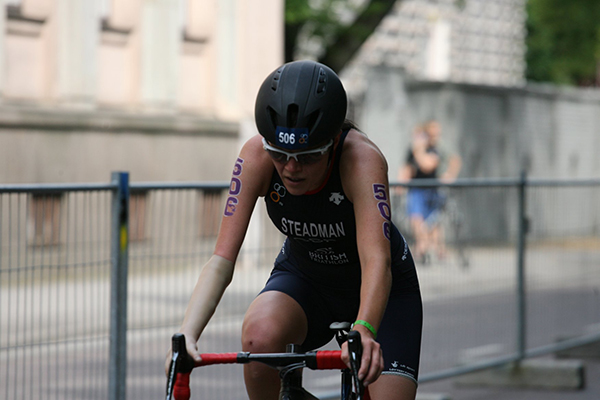 Above: Lauren Steadman breaking away on the bike.

After three wins in three races for Lauren Steadman in 2018, it would have to be a special performance from her competitors in the PTS5 category to knock her off top spot. Whilst the field boasted a number of talented athletes that were capable of such performances, Steadman was focused on achieving her sixth career European title.

The Paralympic silver medallist left the swim a second behind her compatriot, Claire Cashmore. The British pair had an excellent swim, entering the first transition more than a minute ahead of the rest of the field and it was Steadman who was the first to cycle away.

Steadman recorded the fastest bike leg of the race and Cashmore the equivalent on the run. The pair maintained their lead for the entirety of the race before Steadman claimed the European title for a sixth time and Cashmore completed a one-two British podium. Gwladys Lemoussu (FRA) crossed the line 10 seconds after Cashmore to join the podium in 3rd place. 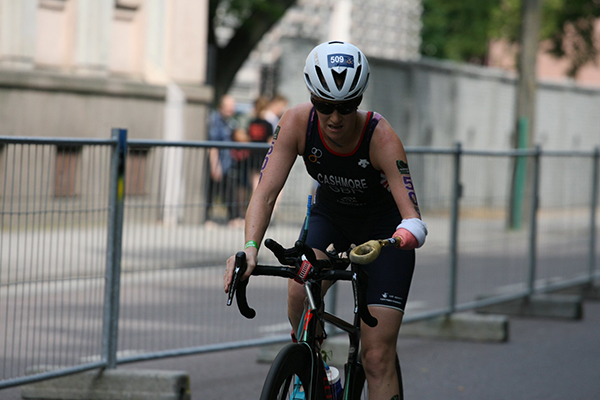 Above: Claire Cashmore powering through the bike course.

Following the race, Steadman said: “I’m really pleased to be European Champion again; this was my sixth title and it meant just as much as all of them before! Estonia offered a great racing venue and although it wasn’t my best personal performance, I am chuffed to be bringing home the gold for GB.”

There was a very real possibility of double gold for Britain in the PTVI category. Both Dave Ellis and Alison Peasgood were in fine form going into the championships. Guided by Jack Peasgood, Ellis set off strong in the swim, entering T1 in front and transitioning to the bike quickly.

Ellis then clocked the fastest bike split, around a minute faster than his pursuer, Lukasz Wietecki (POL). Ellis continued his commanding performance on the run and took the tape in 01:03:35. He shared the Wietecki and the Ukraine’s Vasyl Zakrevskyi.

In the women’s race, Alison Peasgood was set to race with a new guide, Hannah Drewett. The pair quickly got to work with a performance that made that appear to have been racing together for years. Clearing the swim in ten minutes, Peasgood moved onto increasing her lead on the bike, which she did.

However, Susana Rodriguez (ESP) wasn’t letting up and was chasing Peasgood to the finish line. The seven seconds that Peasgood gained on the bike proved to be vital, as she took the tape in a time of 01:10:02 and Rodriguez took silver just 25 seconds later.

After taking the European title, Alison Peasgood said: “I’m super happy to be European champion again. I’ve been working with a new guide, so proud of her for putting together all her learning.”

Reflecting on the performances across the European Championships, British Triathlon Paratriathlon Head Coach, Jonathon Riall, said: “Overall, we achieved a really good set of performances in what was a relatively non-standard race due to a downriver swim. It bunched the fields much closer together making for dramatic and close bike and run races.”