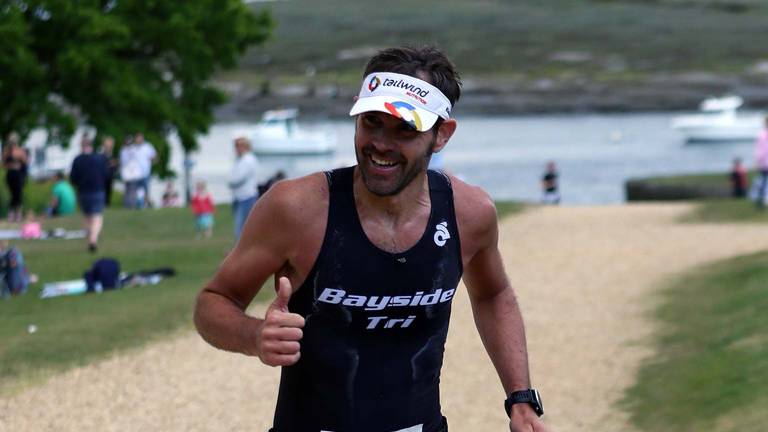 New committee voted in at AGM

Whilst some of the athletes were chasing success in Wales, Barbara went a little bit further afield. Way to go Babs!
Read more

UK School Games 2019. The UK School Games were being held at Parc Bryn Bach and would feature four athletes - two males & two females from each of th...
Read more

Matt Picozzi was due to be racing in the Himalayan Xtri this year, however created his own challenge around Streatley, Berkshire when it was postponed due to Covid-19.

The Himalayan Xtri is an extreme, adventure triathlon that takes place in Nepal. It’s a 222km triathlon that gives participants a night swim, a bike leg with 5,300m overall elevation and a run set against the backdrop of the Annapurna mountain range.

“It was something that really inspired me when I found out about it,” Picozzi, who’s a member of Thames Valley Triathletes, said. “I’ve been to Nepal a couple of times and really want to enter the Everest Marathon, but when I saw that there was a triathlon, I knew I had to take part.

“I started triathlon about four or five years ago and have only been looking at the longer distances for the last few years. I’m trying to do one a year so, when the Himalayan race was postponed, decided to make my own around where I live.”

With the trip to Nepal on hold, Matt turned his attention to his homemade ‘Streatley Man’ challenge that was inspired by his training for the Xtri event and mapped out to replicate the combined 7,000m climb across the bike and run courses in Nepal.

“Berkshire is one of the flatter parts of the country,” Picozzi commented. “Once lockdown hit, I had to find local hills to train on because, at that point, the event in Nepal was still on, and settled on Streatley Hill.

“When I heard that the Xtri had been called off I needed a challenge to keep me motivated and, having spent many hours training in the area, started to piece together a triathlon course in my mind and set about making it happen.”

Picozzi’s Streatley Man saw him swim 4.4km along the Thames from Moulsford to Streatley, cycle 185km by completing loops of Streatley Hill to clock up over 5,200m of elevation before running 42.6km around the same area.

“I started around 5am and finished at 1am the following morning,” Picozzi added. “I was joined throughout by different people from the club who came to take part in different bits of the challenge as well as to cheer me on.

“I’d told some friends I was going to do it but, a few days before the challenge, it got leaked to the wider club who came out in force. They put signs up and brought cow bells to make a great atmosphere, and a number of people rode with me at different stages on the bike leg too.

“Having the support of my friends really helped me to keep going because it was a lot tougher than I thought it was going to be. I knew it wasn’t going to be easy, but that many loops of Streatley Hill was a real challenge physically and mentally.”

When he crossed the finish line, Picozzi was greeted by a small group to celebrate him completing his challenge.

“I was so tired when I finished that all I wanted to do was sit down,” reflected Picozzi. “It was the toughest triathlon I’ve ever done and, whilst I wouldn’t do it again, I’d love to see others take it on and I’ll go and support them like so many others did for me.”

Unfortunately for Picozzi he’s unable to make the rearranged Himalayan Xtri in May 2021, so his wait to compete in Nepal will have to wait until 2022 at least. His main event for next year will be Challenge Roth as he aims for a sub-10 hour iron-distance race.

For anyone wanting to check out the Streatley Man for themselves, the swim, bike, run routes are visible on Picozzi’s Strava via the links below.