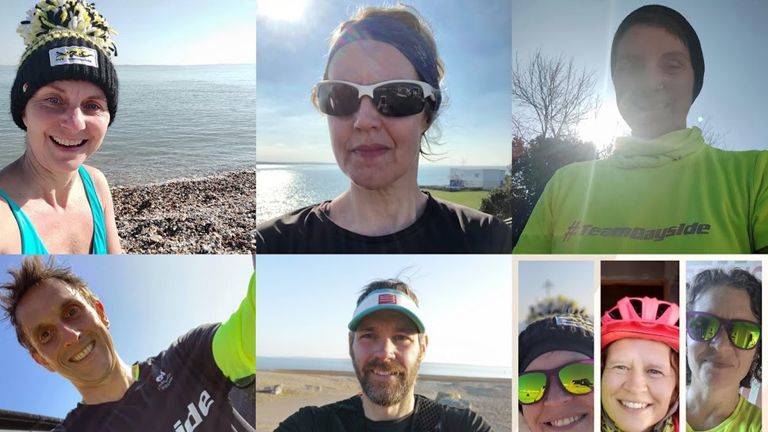 Bayside Across the World

Whilst some of the athletes were chasing success in Wales, Barbara went a little bit further afield. Way to go Babs!
Read more

UK School Games 2019. The UK School Games were being held at Parc Bryn Bach and would feature four athletes - two males & two females from each of th...
Read more

Scott Murray has been selected alongside Bex Milnes, Rhys Davey and Mark Buckingham as one of the coaches that will support Team England’s triathlon team for next year’s Commonwealth Games.

“To be part of the team with Jonathon Riall [Team Leader], Kate Shone [Operational Manager], Bex Milnes, Rhys Davey and Mark Buckingham, supporting Team England athletes at the Birmingham Commonwealth Games is something I could only have wished for.”

Milnes and Davey have been named as joint head coaches and bring their collective wealth of experience of being lead coaches within British Triathlon Performance Centres, with Murray and Buckingham appointed as assistant coaches.

Murray has been the head coach at the South Central Regional Academy since 2015 where he works with the region’s top young athletes as they begin their journeys on the British Triathlon pathway.

“By applying for the Assistant Coaches role, it was about trying to model the behaviours that I ask from the athletes I am privileged to work with in the South Central Academy,” commented Murray.

“The coaching team here are always asking athletes to be curious about what they could achieve and to challenge themselves in trying to be better. The experience I gain from working with and learning from the athletes and coaches at the Commonwealth Games will be fed back into the Academy.

“Athletes from the academy have gone to the Youth Olympic Games and the Island Games, so for me the experience I gain from working with and learning from the coaches and athletes at the Commonwealth Games will be fed back into the academy and, hopefully, by sharing my experiences it will help prepare the athletes that go on to represent their countries at a major Games in the future.”

England are the most successful triathlon nation at the Commonwealth Games winning five gold, three silver and one bronze medal, with the four coaches, under the guidance of triathlon team leader Jonathon Riall, responsible for preparing the as yet undecided team of athletes in a bid to extend this on home soil.

The English team for the Games in 2022 will be a combined one which incorporates triathletes and paratriathletes from across the country. The 2022 Games will see men’s, women’s and mixed relay triathlon and men’s and women’s PTVI paratriathlon for visually impaired athletes take place in Sutton Park on 29 and 31 July 2022.

Triathlon team leader for Birmingham 2022, Jonathon Riall, said of the four coaches selected: “I am both personally and professionally delighted to be able to welcome Bex, Rhys, Mark and Scott into the Commonwealth Games England triathlon team as the four coaches who will collectively lead the team into our home Games in Sutton Park next year.

“The breadth of this team in terms of experience but also the amount of the triathlon pathway they cover, from Regional Academy through to World Class Programme across all of England’s main performance centres gives a wonderful opportunity for the team to develop upon and will ensure we as Team England are absolutely best prepared.

“I want to congratulate each of them individually as we set out to deliver a team that will hopefully bring great results and make the wider England triathlon family proud.”