Tri4Tokyo was a specific British Triathlon Talent Identification programme aimed at finding talented athletes with the potential to become medalists at the Tokyo 2020 and Paris 2024 Paralympic Games and beyond. 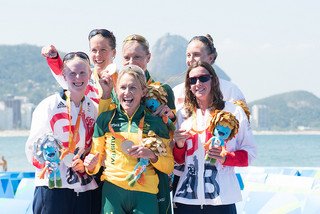 Paratriathlon made its Paralympic debut in Rio de Janeiro in the summer of 2016. The sport is competed over the Sprint Triathlon distance of:

It is a non-drafting format of the sport.

British Triathlon ran a series of events through 2017 and 2018.  Each event assessed athletes across the range of disciplines.  The British team in Rio was made up of athletes who came from a wide variety of sporting backgrounds including swimming, athletics, football, cycling, rugby, surf lifesaving and rowing.

We held Stage 1 in February 2017 and Stage 2 in October 2017, finding a number of athletes who demonstrated the potential to progress and become part of the British Team at the 2020 Paralympic Games, and beyond.  These athletes are now training as part of our British Talent Squa 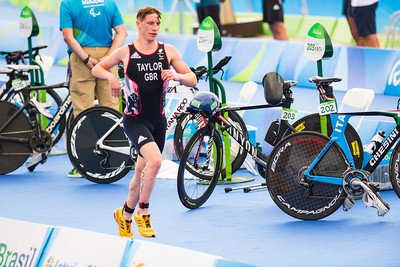 d, with a number of them having competed in the 2017 British Championships.  The third and final event of the specific Tri4Tokyo campaign took place  on the weekend of 28th and 29th April 2018.

The vast majority of the athletes who won medals at the 2016 Paralympic Games, the 2017 and 2018 World Paratriathlon Championships came through similar programmes on their pathway to international medal success.

For athletes who want to look at competing in their first paratriathlon events please check out our National Events page.

You can find more information about our Performance and Talent Squads by visiting the relevant pages on our website.