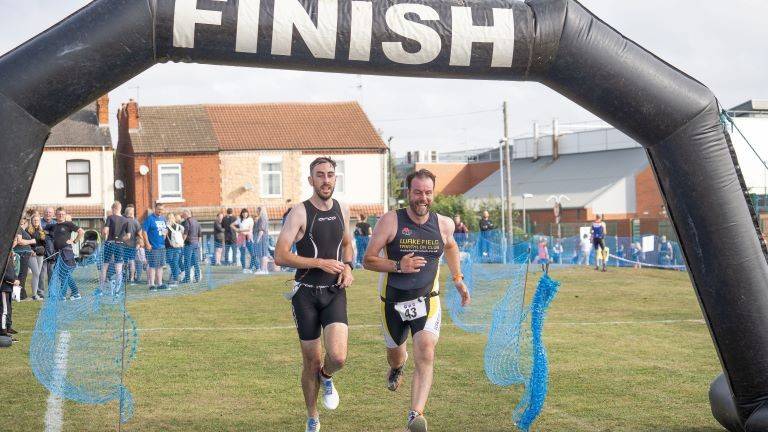 The Return of Basssetlaw Sprint Tri 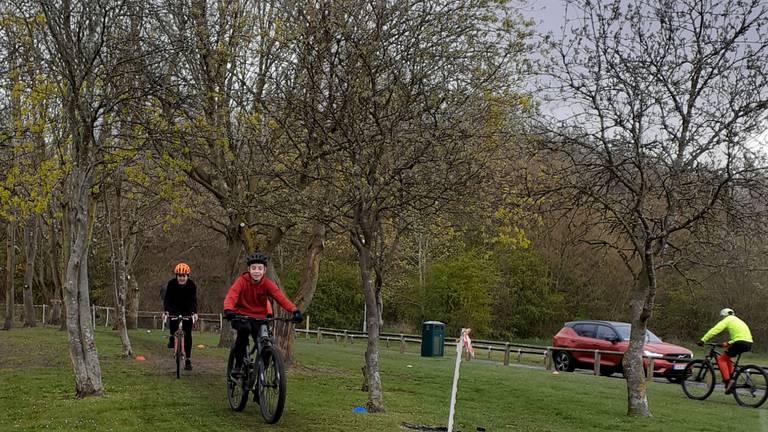 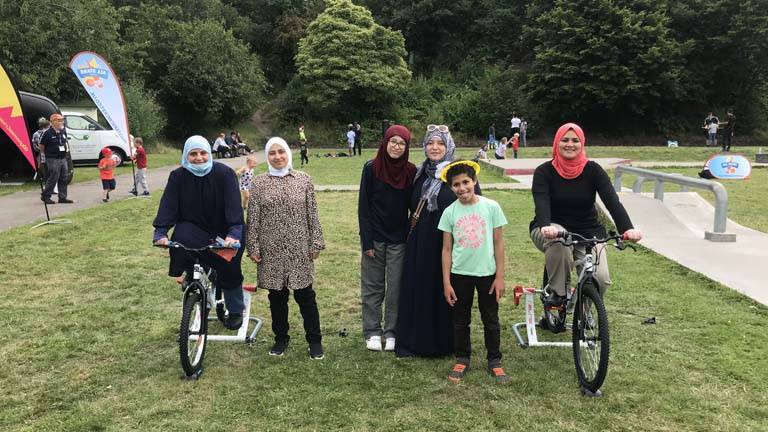 I am Team GB community event in Nottingham a hit

From Gym Machine to Age-Group Team

As a former heavy gym user, Bret Wilks used running and cycling as a way of keeping himself lean for bodybuilding competitions before seeking out his local duathlon.

“I had this epiphany,” Wilks commented. “Why was I using running and cycling to stand on a stage in my pants, when I could compete in two sports I enjoyed at the same time?

“I found a duathlon in Broxtowe, Nottinghamshire which was just down the road and entered it. I had a great time and, at age 36, had found a whole new world to explore.”

Having completed his first race and finishing in the top-15, Wilks soon had his eyes set on what his next goal could be.

“I competed at a couple of larger duathlon events that were also qualifiers for the Great Britain Age-Group Team,” said Wilks. “I didn’t register to qualify but wanted to test myself against the top athletes my age across Britain.”

Each year, a series of qualifying events take place to allow participants to qualify as part of the Age-Group Team. In order to be considered for qualification, participants must be a British Triathlon Core or Ultimate member and have registered their intent to qualify at that race.

“I raced at Oulton Park in 2015, topping my age group and, at that point, decided my next goal was to qualify to be part of the team,” added Wilks.

He’d achieved a new benchmark domestically and, in 2016, returned to Oulton Park but this time going for qualification and gaining a place for the 2016 Duathlon World Championships in Aviles, Spain.

“It was a brilliant feeling to find out I’d qualified,” reflected Wilks. “A mixture of pride to be going to represent my country and satisfaction that all the hard work had paid off.

“Qualifying and being part of the team for my first World Championships was a phenomenal experience and whet my appetite for more.

“I’d finished 16th which I was really happy with, but later found out that the top-15 automatically qualify for the following year’s World Championships. As soon as I heard that I knew what my next goal was. To race at the 2017 World Championships and secure automatic qualification for 2018.”

Wilks qualified for 2017 in Penticton, Canada finishing 9th in his age group. Not only had he recorded his first top-10 finish on the international stage, but he had also achieved his goal to secure automatic qualification for the World Championships in Fyn, Denmark in 2018.

Through being part of the team, Wilks has made some great friends who he meets up with outside of competition for social rides and to help each other improve. These lasting friendships from the team proved key when, in 2019, he suffered a number of health issues.

“I suffer from OCD and, at the beginning of the year, I fell into a dark place,” Wilks said. “I used duathlon as a crutch to give me a focus and routine to get out and about and this, along with the support of my friends, family and Age-Group teammates helped me to get through.

“I’d always dreamt of getting on the podium for the Age-Group Team and with the improvement in my mental health was able to compete at the 2019 European Championships in Ibiza where I came third.

“At the start of the year I wasn’t sure if I’d be competing, so to achieve my goal and stand on the podium was a great experience.”

Unfortunately, 12 weeks after this and despite being at his fittest, Wilks suffered a stroke completely out of the blue.

“The stroke was a total shock,” Wilks explained. “I’d gone from taking bronze at the European Championships to a complete lack of fitness and struggling with my memory.

“For the second time in the year my health was in a really bad place, this time my physical health, and I was using running and cycling to regain my strength, fitness and balance.”

Wilks had already secured qualification for the 2020 World Championships in Almere, Netherlands, that was the focus of his recovery and for the year until the pandemic saw races in Britain and around the world cancelled.

With existing health conditions, undergoing a heart operation and anxieties around competing during Covid-19, Wilks has spent time focussing on training and time-trial cycling races.

“Having a massive health condition makes a big difference to the way you approach life,” Wilks said. “It’s about having the confidence to going back to having that level of stress on your body which means you can be competitive.

“Now the pools are back open, and because I’m not racing at the moment, I’m taking the opportunity to try and become a competent swimmer to the same level as my running and my riding.

“That’s something that’s always held me back from Age-Group triathlon because to be up there on the running and the riding and a mess in the water quite demoralising, so it’s trying to get my swim to a competitive level so I can be up there in another discipline.”

Through using the downtime brought about by the pandemic to improve his swimming, Wilks has his eyes set on using domestic races to build his competitiveness and his confidence ahead of trying to qualify afresh in 2022 for the Great Britain Age-Group Team.