Georgia is an Olympic and Commonwealth gold and silver medallist who has been a regular on the World Triathlon Championship Series podium, including gold at AJ Bell World Triathlon Leeds 2019 before becoming world champion the following year. Georgia trains at the Leeds Triathlon Centre.

Georgia showed huge potential as a junior, winning European and World medals as well as athletics podiums. She persevered through years of injury to make her senior breakthrough in a major way in 2018 with ITU World Triathlon Series overall third place. Georgia’s highlights include securing gold at both the AJ Bell World Triathlon Leeds, and the Accenture World Triathlon Mixed Relay Series Nottingham in the same month. She also ended 2019 with a bronze medal at the ITU World Triathlon Grand Final Lausanne.

Georgia was brought up by an athletic family. Her dad, Darryl Taylor, represented England for 800m on the track with a best time of 1min 48secs. Her mum swam at national level and ran for Sale Harriers.

She has been swimming since she was five and started running when she was 12 and was selected to run for her school. Not wanting to choose between the sports, focused on triathlon and had a successful trial with the British Triathlon Olympic Development Squad. Originally from Manchester, she moved to Leeds in 2012 to study for a degree in Sports and Exercise Science at Leeds Beckett University. 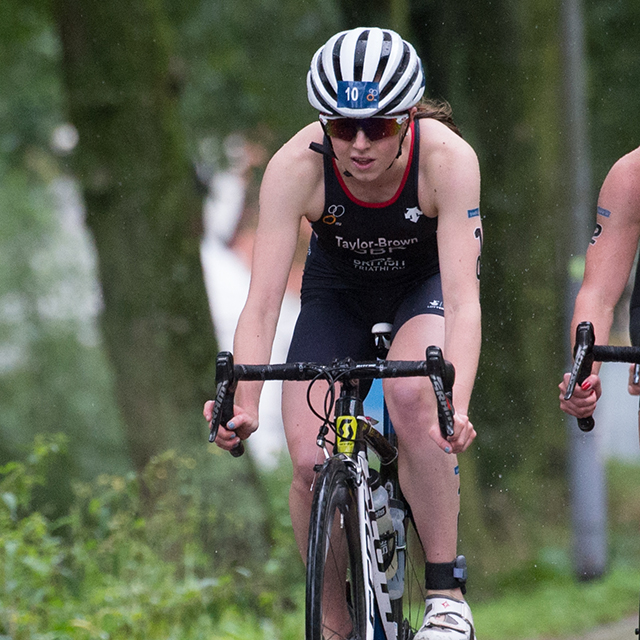 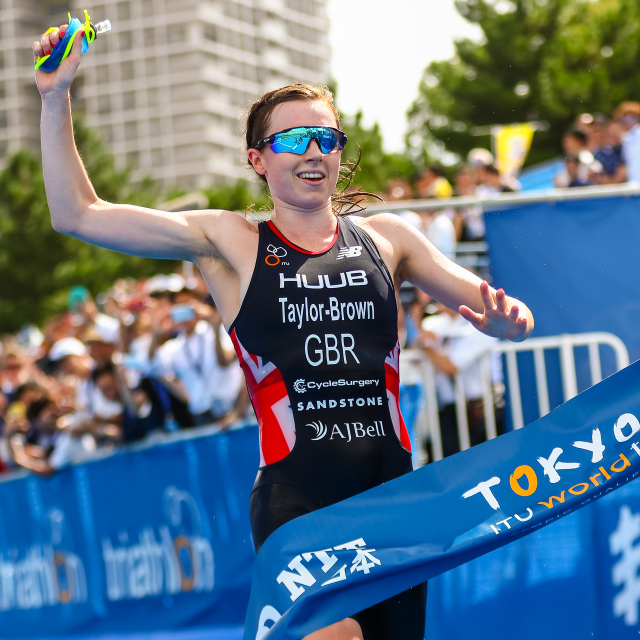 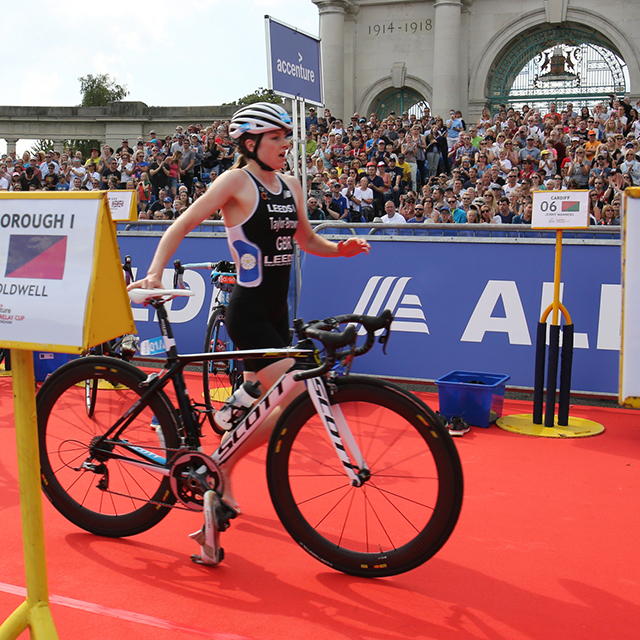 Georgia is a former double ETU European Junior Champion, having won gold in 2012 and 2013. She also won the ITU Junior Duathlon World title in 2012. In Hyde Park in 2013 she claimed ITU Triathlon Junior World silver and won bronze the same year with the Great Britain & Northern Ireland relay team at the IAAF World Cross Country Championships.

She opened her account in 2018 with a gold medal at Gran Canaria ETU Sprint Triathlon World Cup where she finished ahead of British teammate Jodie Stimpson. Her first ITU World Triathlon Series podium finish came with silver at the AJ Bell World Triathlon Leeds in June 2018 followed by bronzes in Edmonton and Montreal.

Georgia enjoyed a promising 2019, taking her maiden World Triathlon Series race win in Leeds, a silver medal in Montreal and a bronze in Lausanne. She was also part of the British Mixed Relay teams that won gold in Nottingham and silver in the ITU World Triathlon Mixed Relay Series Tokyo.

Entering the Olympic Games as the reigning world champion, Georgia first secured a silver medal on her Games debut, sharing the women's podium with Duffy and Katie Zaferes (USA) before being part of the team alongside Jess Learmonth, Jonny Brownlee and Alex Yee who were victorious on the debut for mixed relay triathlon at an Olympic Games.

More medal success followed for Georgia, who also claimed silver at the 2021 season-ending World Triathlon Championship Series Abu Dhabi. Georgia ended the year by being appointed Member of the Order of the British Empire (MBE) in the 2022 New Year Honours for services to triathlon.

Georgia was a regular on the World Triathlon Championship Series podium in 2022, winning in Yokohama, Montreal and Cagliari and finishing second in both the individual and mixed relay events in Leeds. At the 2022 Commonwealth Games in Birmingham, Georgia gave plenty for the home crowd to cheer, claiming individual silver before teaming-up with the Team England mixed relay team to become Commonwealth champion. 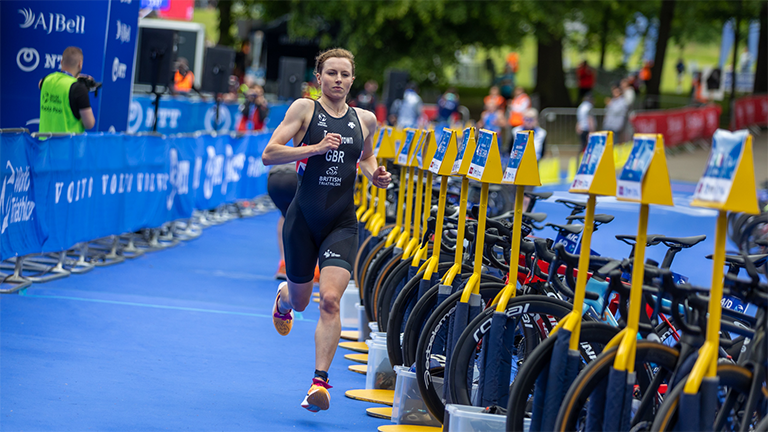