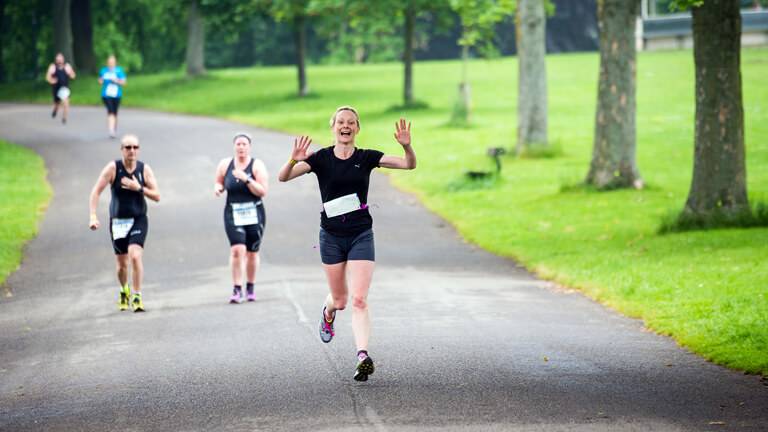 The London Region would like to announce a change to the previously announced events in the 2013 London League Race Series. The Optima Aquathlon 11th May is NOT in the London League for 2013 - capacity issues. However the event does remain a Junior Series event. The committee would like to apologise for any inconvenience caused - a replacement event is being scoped and we'll keep you in updated.

How does my club enter the League?
All Triathlon England London Region affiliated clubs are AUTOMATICALLY entered in the League ie. no additional entry fee. Please encourage your triathletes to wear club team kit when racing in the League to promote and advertise London's triathlon clubs

How do individual club members enter the races in the League?
Members from each club must enter the races as individuals under their club name, and we would encourage you to enter events early, before they sell-out.
NO CLUB NAME ON RESULTS SHEET = NO POINTS SCORED
Individuals pay their own entry fee for each event.
YOU MUST BE A PAID UP MEMBER OF YOUR TRIATHLON CLUB TO BE ELEGIBLE TO SCORE POINTS FOR YOUR TEAM, and can only race for one London Club in any calendar year.

How does my club score League points?
Each club's best FOUR team results in the series will count towards their final points score and must include one triathlon. Teams consist of the first five athletes from each club to finish which must include one female and one vet (40+).
The female can be the vet (ie. a team can have four senior men and one female vet).
Teams which fall short of the criteria, but have 4 athletes racing including EITHER a female OR a vet, will pick up the points from the lowest scoring male, female or vet (whichever is missing) in the entire race (ie. not just London club finishers).
Teams with less than four athletes do not score.
Secondary to the League there will be a "Mob Match" prize for clubs with the highest participation in League events.

What is the scoring system?
For the League scores, the race winner picks up 1 point, 2nd placed athlete 2 points, etc for the whole race.
Total points from all five athletes gives total points score for the team.
The winning team (with the lowest points) from each race is then awarded 30 points, 2nd place 29 points, 3rd place 28 points, etc in the league rankings for that race.
In the event of a tie on points, we will look at each club's mob match score in the series to act as a tie-breaker. If points are tied on both League and mob match scores, then we will look at each club's fourth race score in the series, and if necessary fifth, or even sixth.
Mob match points are calculated in reverse order to the League points, ie. the last finisher in the race receives 1 point, second last receives 2 points, etc.
Each club's total points for ALL club finishers in the race will be totalled and the highest scoring club in each race is than awarded 30 points, 2nd place 29 points, 3rd place 28 points, etc in the Mob Match rankings for that race.
League and Mob Match rankings will appear on this website following each event.

Are there prizes?
The League winners will receive the Triathlon League trophy to be held for one year.
The prize for the winning club will be for two non-sponsored triathletes from their membership (one male, one female who are both under the age of 25 in 2013 and both must have competed in one of the races in the series.
Mob Match prizes to be decided (based on level of sponsorship achieved)* .

*All references to prizes are subject to the level of sponsorship/advertising achieved for the race series and will be scaled accordingly.