Luke Pollard: A guide to the winter

Over 100,000 power-up their new year with British Triathlon and Volvo Recharge Challenge

When the cancellation of the London Marathon was announced earlier this year, athletes from across the country found alternative ways to still raise vital funds for charity and the Craven Energy Triathlon Club was no different, having raised over £15,000 for Sue Ryder Manorlands Emergency Appeal.

The Craven Energy Triathlon Club teamed up with the Keighley and Craven Athletics Club to create a new challenge that saw their members replicate the marathon in their back gardens and that kicked off the Backyard London Marathon fundraising attempt.

The marathon effort took place with 41 participants attempting to either individually hit the iconic 26.2 miles or achieve the feat as part of a relay team. 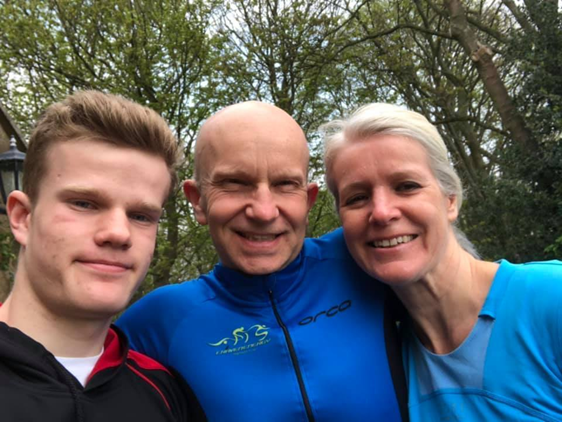 Two notable athletes are Shaun Harrison who moved his treadmill into the garden and completed the 26.2 in 3 hours 46 minutes, while Dave Arnold completed 1,600 laps of a 25m circuit in his garden.

Gary Chapman, Craven Energy Triathlon Club, said: “We were entered for the actual London Marathon so four of us decided to challenge each other to a marathon in our gardens. Given that one route was only 25 metres and over 1600 laps that was a challenge not to be underestimated and of course Manorlands would be the recipient of any funds we could raise.

“However, we were all members of Keighley & Craven AC or Craven Energy Triathlon Club so why not suggest it to clubmates as we may get a few more people and families in lockdown who could also run as relay teams. As COVID-19 initially grew exponentially then so did this idea. Take up was exceptional and hitting the virtual Zoom start line on Sunday at 9.30am were 41 entrants to our ‘Backyard London Marathon’ across the local district. Whilst Craven Energy Triathlon Club is based in Skipton, its members live throughout the district and both individuals and family relay teams took on the challenge throughout the day. 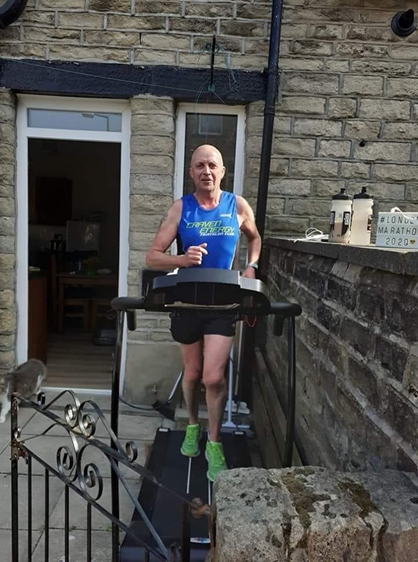 Helen Marney, Director of Development at British Triathlon, said: “There have been so many fantastic stories of how our clubs have come together and adapted during the current crisis but to complete back garden marathons is a really special achievement.

“Craven Energy Triathlon Club have raised almost £16,000 for the Sue Ryder Manorlands Emergency Appeal to support a local hospice. On behalf of everyone at British Triathlon I want to let them know how proud we are of all of their members that got involved in this incredible effort.”