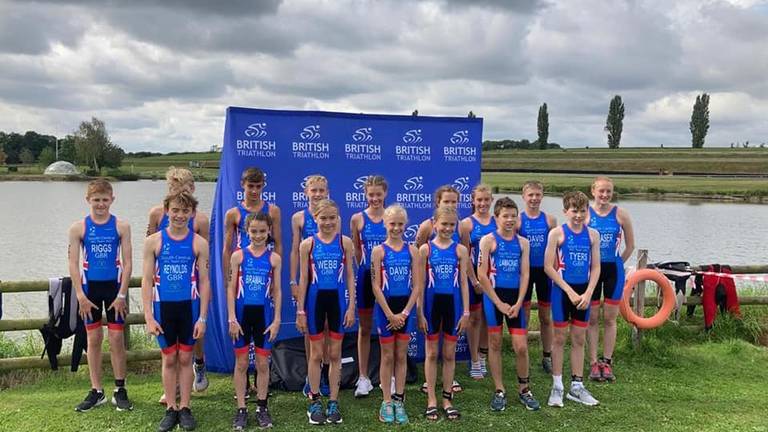 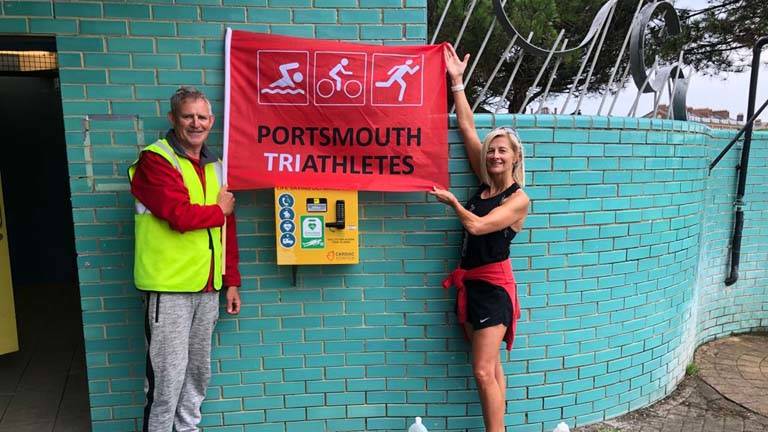 Having first taken up triathlon during her postgraduate studies, Rosie Davies soon found her way from novice triathlete to representing the Great Britain Age-Group Team.

Davies was a fencer who started running and swimming when introduced to the modern pentathlon whilst studying for her undergraduate degree. When she moved universities to carry on studying, she took up triathlon as there weren’t as many opportunities for fencing training, or a modern pentathlon club.

“I joined the tri club and basically got hooked,” she commented. “My first competition was the university championships, sprint and then Olympic [distance] in 2012.

“In 2013, I did my first middle distance triathlon [university championships] in the September time and it was probably quite a few months after, maybe the January afterwards, that someone introduced me to the idea of Age-Group triathlon, and I looked at my results and realised that I had qualified for the European Middle Distance Championships.”

Each year, British Triathlon coordinate a series of qualifier races and criteria to enable Home Nation members with the opportunity to qualify to represent the Great Britain Age-Group Team at Europe Triathlon and World Triathlon Championships.

“I filled in the forms online and qualified for the middle distance European Championships which were in Mallorca. That was my first [Age-Group Team] event and I loved it, it was super exciting to get my team kit.

“I borrowed a bike box from a friend, an aero helmet from my house mate and race wheels from a club mate after buying a TT bike second-hand online (which I still have!), and went to Mallorca and had a great time.

“I really enjoyed it, being part of the team. Swimming was never my strong point, so I looked into duathlon and used my result in Mallorca to qualify for the duathlon team. I went to Horst for the European Duathlon Championship and ended up staying in accommodation with other GB athletes and made really good friends as part of that.”

It was in Horst that Davies claimed her first Age-Group medal, winning gold in the female 25-29 category.

“I won gold and Chris, who was also staying with us, won silver so we were able to celebrate together and that was really nice to share the experience,” she said.

“We made friends in Horst and then, when we went to Copenhagen the year after, we stayed with them again. We even ended up driving to Zofingen together for the Long Distance World Championships. As well as sharing accommodation, we’ve done some tourism around the cities together, which was a lot of fun.

“When I was fencing I also fenced internationally. I find these trips a really fun way to see new places, and it’s a great excuse to visit a city that you wouldn’t normally go to.”

In years where international travel is allowed more freely, the Age-Group Team take part in championships across Europe and around the world, visiting locations that are well-known and others that are slightly more obscure to your regular travellers.

During her time as part of the team, Davies has travelled to places including Mallorca, Copenhagen and Ibiza and got to know various members of the team who she stays in touch with when they’re back in Britain.

“I’ve made some good friends, and it’s nice to see friendly faces at events back in the UK,” Davies added. “But it’d more than just events, even socially we pop in and see each other.”