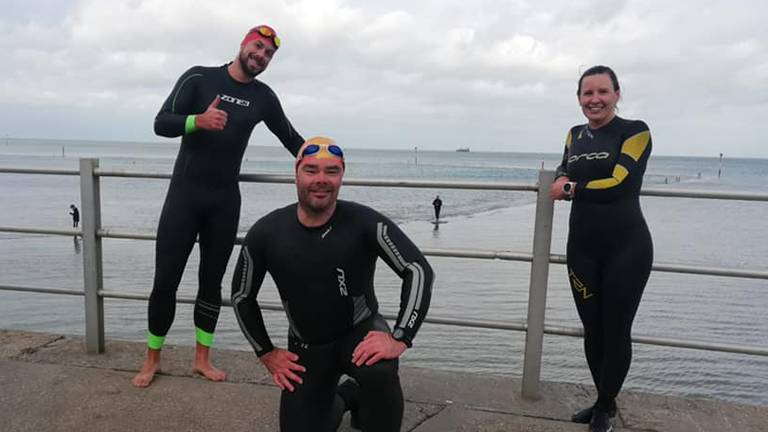 The club born in a pandemic

Club’s charity 10k for the Brainstrust and #TeamSeth

Maidstone Harriers are a British Triathlon affiliated club who are organising a virtual charity 10k run across the first two weeks of March in aid of the brain cancer charity Brainstrust and #TeamSeth, the son of a former member who was diagnosed with a medulloblastoma brain tumour age four.

Following his diagnosis, Seth underwent six weeks of radiotherapy and six months of chemotherapy at the Royal Marsden before, in October 2018, he was able to ring the end of treatment bell after scans showed no evidence of a tumour.

Despite this and ongoing scans, a new area of tumour was discovered in 2020 which saw him undergo further surgery and chemotherapy. Whilst in hospital, Seth suffered a stroke and the club decided to fundraise for the Brainstrust in support of Seth and all the work the charity does.

“Seth’s condition took a turn for the worst just before Christmas,” said club social secretary Jane Gardiner. “He had a stroke and an MRI showed that the cancer had spread more extensively in his brain and in his spine.

“Someone in the club said to our chair, Catey, that we should do something to show our support. We’re a club, we’re competitive so we decided to put on a race.”

Entrants into the event will have the first two weeks of March to record their best 10km time, with everyone who enters a time receiving a medal. The total amount raised less the cost of the medals will then be donated to the Brainstrust in support of their work.

“The more the merrier,” Gardiner added. “We’re asking people to do the 10km in one go and submit the evidence to us.

“Seth really likes pirates and he and his brothers have designed a pirate medal for each entrant. With about 100 already signed up, lots of people are embracing the pirate theme and planning to dress up and take photos too.”

Maidstone are keen for anyone and everyone to join in the challenge and help fundraise, with members of other clubs welcomed to challenge for the top of the leaderboard against the Harriers’ members.

“That’d be great if they wanted to do that, we’d embrace it and welcome some friendly rivalry for a good cause,” Gardiner commented. “There is potential for this to reach much wider and we’re reaching out to lots of clubs in the area.”

The Brainstrust believe in a world where people with a brain tumour and their loved ones are involved, resourced, confident and connected. “They are living the life they want, to the best of their potential, because they are people first, and patients and carers second.”

For more information and to enter the event, click on the button below to be take through to the Maidstone Harriers website.