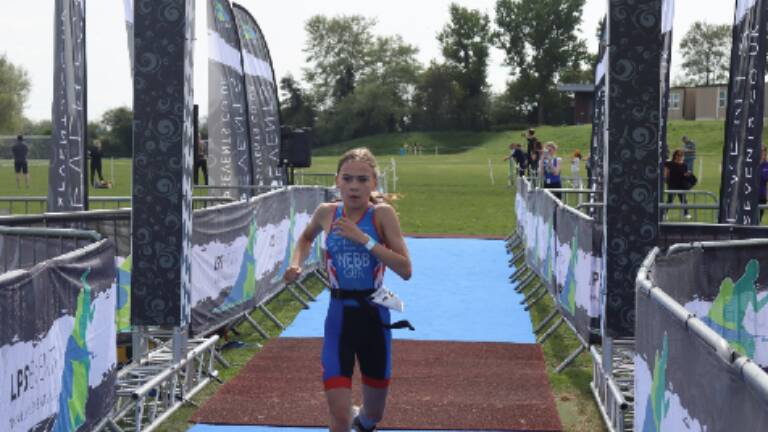 A stone’s throw away

Stonehenge Triathlon and Road Club decided to mark their first session back with an iconic run to their local World Heritage Site.

Coming together in four socially distant bubbles, club members ran to the famous stones by taking different routes to get there.
“It was a lovely event and we all felt it really gave us a boost,” said Ina Morris, coach at Stonehenge Triathlon and Road Club.

“We were all concerned how our club, which is a small club, would cope with the new guidelines and if we would actually survive lockdown. The turnout for our stones run was brilliant and everybody felt safe and happy to be back.”
The run to Stonehenge is something the club organise twice a year, however, due to the lockdown and suspension of triathlon activity, they were unable to arrange their usual spring run.

“When lockdown measures were reduced and British Triathlon guidance for clubs came out, we wanted to make the run to the stones take place,” Morris added.
“We all knew it would be an important event for the club to say: ‘we are back, it's safe, we missed club life and despite the difficult situation we will come together again’. It isn’t a race, but a great get together for all abilities within the club. It’s all about being together with like-minded people and enjoy running and the stunning landscape.”

With the guidelines on returning to activity and social distancing in place, the run was different to previous years, something which Morris said didn’t affect their enjoyment of it.

“The whole event was so uplifting and morale boosting,” she said. “My bubble arrived at Stonehenge first and it was quite an emotional moment to see the other bubbles arriving and approaching the site from different directions. Everybody said the run gave them the boost they needed.

“The guidance has definitely helped us get sessions up and running again, and I, as a coach, feel well informed and supported, knowing that any questions I do have will be answered by British Triathlon.

Now the club are back up and running, they’re looking forward to reintroducing more of their physical meetings having made the most of virtual sessions.
“At the moment we have group runs on a Saturday, with pre-booking and bubble structure,” Morris added.

“Until last week I was hosting a live Facebook turbo session every Thursday. We will play it by ear and decide if we continue the virtual turbo sessions, and we are hoping to have a better idea of when and how we can resume the swim sessions which are normally on a Thursday evening.

For support on organising sessions for your club, get in touch with your Debbie Hill, the South West Regional Manager for Triathlon England debbiehill@britishtriathlon.org.