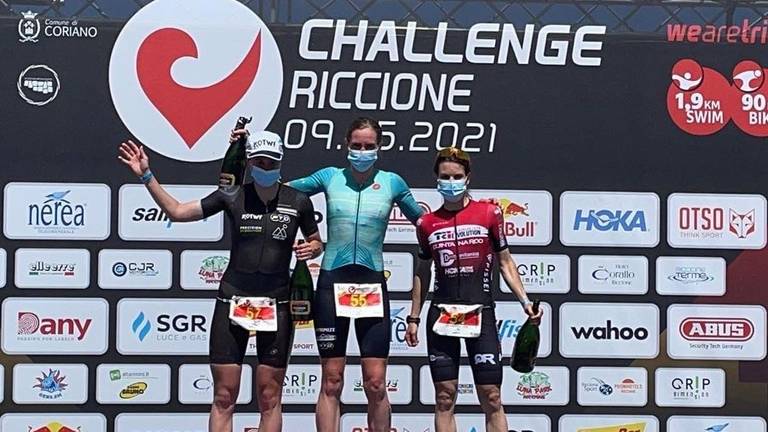 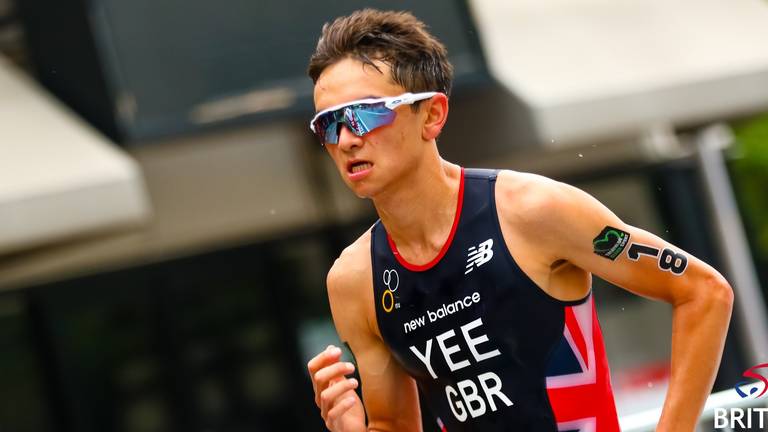 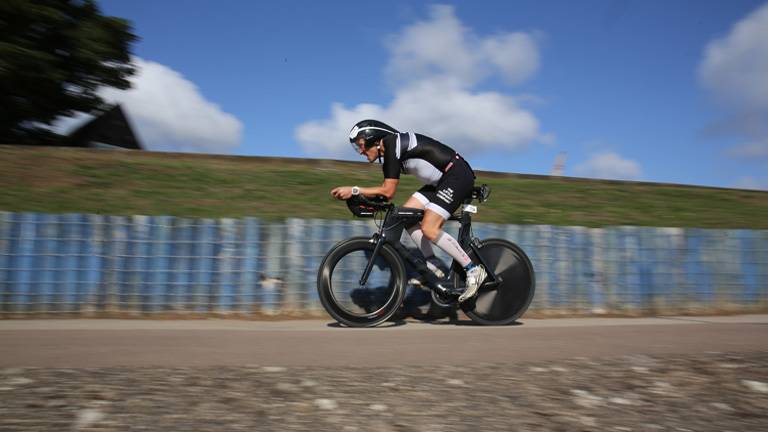 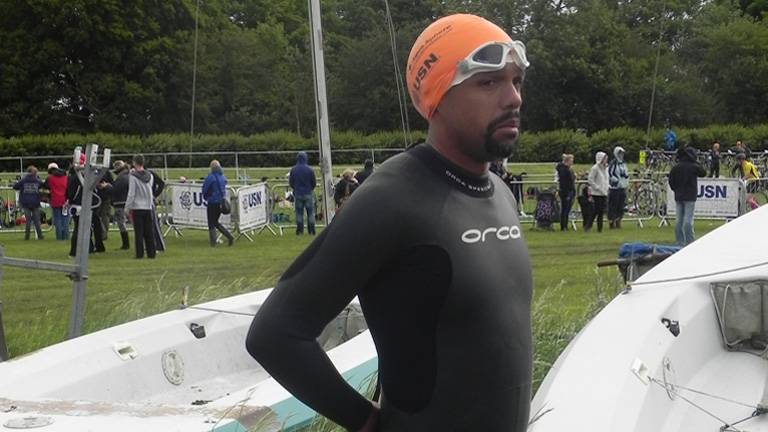 After a successful outing in London, the Super League Triathlon Arena Games Powered by Zwift travelled to the Zwemcentrum in Rotterdam, Netherlands. After Great Britain’s Beth Potter was crowned victorious at the competition in London, her compatriot Sophie Coldwell wasn’t far behind. The pair were also joined by strong competition in Anna Godoy (ESP), and Rachel Klamer, Maya Kingma and Rani Skrabanja, who all raced on home soil.

Potter took the lead in the first stage, claiming the maximum of 10 points after a strong performance on the bike. Potter began the second stage strong too and was joined in good competition by Coldwell and Godoy. It was Coldwell who benefitted from the swim the most, as she surged ahead with 150m to go in the final swim leg of the second stage to have it all to play for in the final stage.

Stage 3 was fought differently, with a pack of ten athletes taking over the bike leg. As the swim was next, Coldwell again put in a strong performance as she broke away and extended that lead over Potter in the final run of the day. This impressive stage 3 performance crowned Coldwell the overall winner in Rotterdam, with Potter in 2nd and Spain’s Godoy 3rd.

Following the race, Coldwell said: “My legs are like jelly was my first thought after finishing! I’m really pleased [with the win]. I felt like I made some silly mistakes at the Arena Games London, so it was nice to come here and get on top of it. I’ve missed that feeling.

“I’ve not won a race for some time, so it’s great to come out on top in what’s been an odd 18 months. I knew I could make my time up in the swim and I’ve really been working on my run over the winter off season, so it’s nice to be consistent and reap the rewards of that.”

For the men’s event, Great Britain’s Alex Yee was racing amongst tough competition in Belgium’s Marten Van Riel, who was victorious in London, as well as the likes of Aurelien Raphael (FRA) and local triathlete Marco Van Der Stel.

Stage 1 began in the water, as Raphael pushed hard to take the lead and maintain that advantage into the run. The real contest kicked in during the bike leg, where Alex Yee, Vasco Vilaca (POR) joined Raphael, Anthony Pujades, Jonas Schomburg and Van Rial at the front. With only three spots at the top available for this group of six, it was Van Riel that broke away to take 1st place, with Vilaca and Alex Yee following behind to take 2nd and 3rd respectively.

Yee carried his fine form through to the second stage, taking the lead on the run before battling it out on the bike. Again, it was Van Riel that managed to pull himself in front before the finish, holding off his competition.

The final stage was a cagey affair as much was still to play for. On home soil, Van Der Stel led on the bike but was soon overtaken by Pujades and others on the swim and run. Whilst Van Riel again put in a commanding performance to lead the run, Yee was pushing hard on the final leg to chase and whilst Van Riel proved to be too far to catch, Yee crossed the line in 2nd, finishing 2nd overall after strong performances across the three stages.

Paratriathlon also brought some fantastic entertainment as those who found success in London defended their positions. This included wins for Jetze Plat, Marget Ijdema and Great Britain’s Michael Taylor. Taylor dominated in the PTS4 category to make it back-to-back victories, whilst Josh Landmann finished in 4th place in the PTWC category, with his team taking overall silver.

In other elite racing from the weekend, Grant Sheldon placed 40th at the 2021 Europe Triathlon Cup Melilla as the podium was made up of France’s Léo Bergere and Dorian Coninx in 1st and 2nd whilst Shachar Sagiv (ISR) claimed third place.