Top home talent to compete at the British Paratriathlon Championships 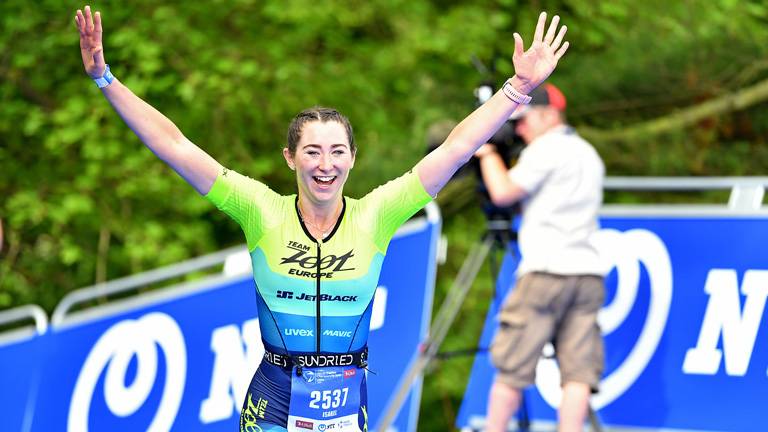 Catch up on more swim, bike, run from the weekend

After his standout performances in 2021, Alex Yee has been selected to represent Team GB at the Tokyo 2020 Olympic Games and becomes the final athlete to join the triathlon team.

Yee, who has shown his promise over the last three years, enjoyed an impressive performance in Yokohama in the first international triathlon race of the season. Against strong competition, he secured a fourth-place finish and knew he had more to come.

The World Triathlon Championship Series moved on to Leeds which was his training base for a number of years. He managed to secure a good position coming out of the swim before completing a strong bike leg to put himself in the top three leaving transition two. Yee took charge of the run and took the tape for the first time in a race of that level.

The Loughborough-based athlete will be making his Olympic debut in Tokyo and will join Jonny Brownlee, Vicky Holland, Jess Learmonth and Georgia Taylor-Brown who have already been selected on to Team GB.

On his selection for Team GB, Alex Yee said: “I know it’s a cliché, but I’m over the moon. I was massively inspired after watching London 2012 in my home city, and now to be selected to represent Team GB after the delay, covid and the challenges everyone has been through, I am delighted.

“It’s been a whirlwind since Leeds last weekend and it’s all coming round pretty quickly. I’m going to get my head down for the next few weeks and prepare as best I can!”

Team GB Chef de Mission for the Tokyo Olympic Games, Mark England, commented: “Congratulations to Alex on being selected to Team GB for his debut Olympic Games. Alex has been so exciting to watch in recent months and his terrific performance at the Leeds Triathlon cemented his place on the team, which is fully deserved.

“Alex completes the line-up of a very strong Great British triathlon team for Tokyo and we really look forward to seeing them all in action at the Odaiba Bay Marine Park this summer.”

British Triathlon’s Performance Director and Team GB’s triathlon Team Leader, Mike Cavendish, said: “I’m pleased to be announcing our final athlete to complete our team that will represent Team GB in Tokyo 2020. I want to congratulate Alex not only on his selection but for his excellent performances in 2021. It’s been great to see him taking a step up and I know he’ll be in a strong position on the start line.

“Alex joins a team that is full of potential and our focus now turns to the vital heat preparation that is needed for the races in Tokyo.”