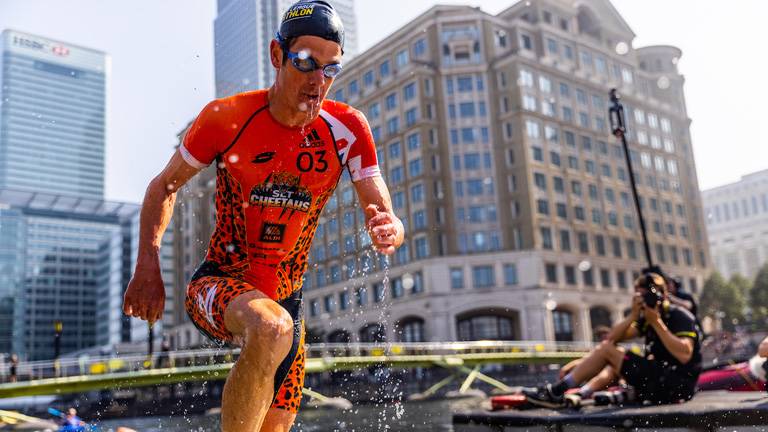 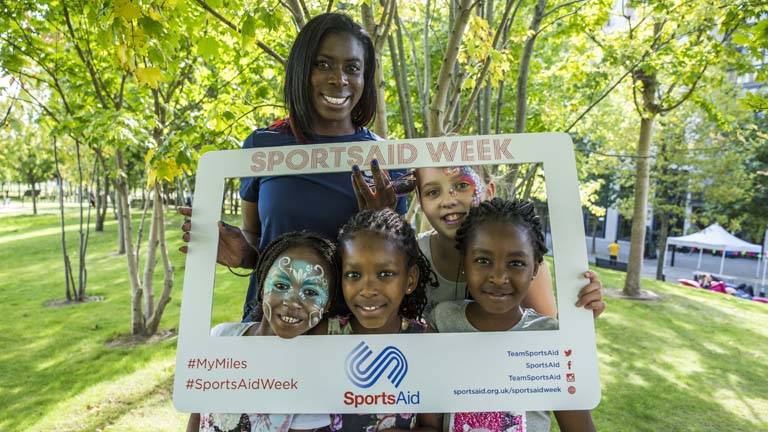 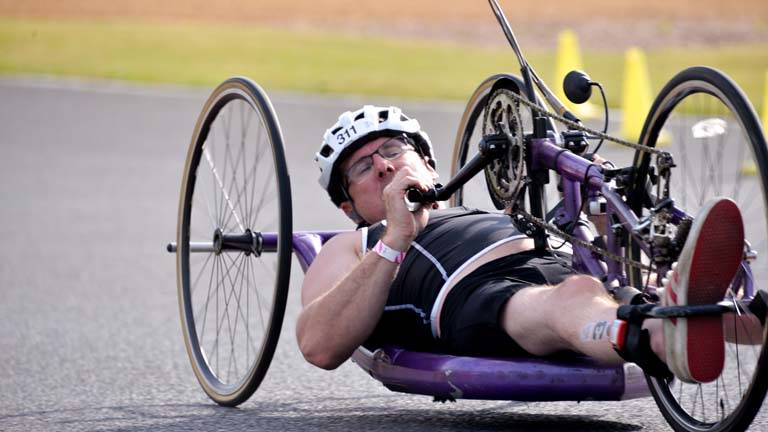 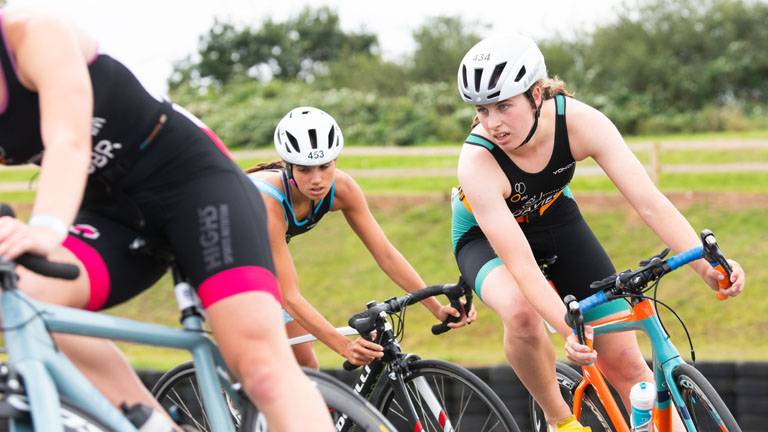 World Triathlon Cup silver, British podium dominance at SLT Munich, a pair of bronzes in Nice and a round up of the rest of the weekend’s action.

Grant Sheldon laid down a stunning final leg to run through the chasing pack and catch the race leaders to leave the Czech Republic with a silver medal at the weekend.

Coming out of the swim, a quartet of Mark Devay (HUN), Takumi Hojo (JPN), Alessio Crociani (ITA) and Miguel Tiago Silva (POR) led and maintained their lead all the way through to the first lap of the run.

Jack Willis, Harry Leleu, Cameron Main and Barclay Izzard all raced alongside Sheldon in the GB trisuit, with the Brits all coming into T1 and getting onto their bikes in a short space of time. Trying to reduce the time to the leaders, there was a large chase pack, however the gap was 30 seconds at the start of the run.

The top-three finishers recorded the top-three fastest run times to put themselves on the podium, chasing down and passing the leaders to claim the medals. Lasse Nygaard-Priester (GER) took the gold ahead of Sheldon and Hungarian Csonger Lehmann. Izzard ran well to claim a top-ten finish in 9th, with Willis 14th, Leleu 33rd and Main 39th.

In the women’s race, Sophie Alden and Sophia Green raced for Great Britain. Alden put in a strong swim to come out neck-and-neck at the front leaving T1. She rode with a trio of Italians through the early part of the bike before they were caught by the chasers to form a large lead group that started the final leg together.

As the four laps unfolded the lead group stretched out, with Julie Derron (SUI) running away with the win ahead of Ueda (JPN) and Seregni (ITA). Alden finished in 15th whilst Green recorded a DNF.

Following an all-British women’s podium last week in London, it was same again in Germany with Jess Learmonth and Georgia Taylor-Brown once again standing on the top two steps. This time round it was Beth Potter who completed the podium.

Munich saw a return to the ‘Equalizer’ format with the athletes completing a bike time trial to determine their start order ahead of two back-to-back swim, bike, runs.

Having overtaken time trial victor, Frenchwoman Emilie Morier, in the first swim there was no stopping Learmonth as she completed the rest of the race on her own. Behind her, the battle was on for the podium places with Taylor-Brown and  Potter alongside fellow Brits, Sophie Coldwell, Vicky Holland and Non Stanford, Americans Katie Zaferes and Taylor Spivey and Dutch athlete Rachel Klamer.

Taylor-Brown and Potter both ran through in the final leg of the race to leave Zaferes and Spivey behind. Coldwell (6th), Holland (8th) and Stanford (9th) all finished in the top ten on the day.

In the men’s race, both Brits also made their way onto the podium as Jonny Brownlee finished second to improve on his third in London, with Alex Yee picking up third this time around.

American Seth Rider was the fasted on the time trial, with Yee and Brownlee both having time to make up, however it was race winner from France, Vincent Luis, who made his way to the front at the end of the first swim.

Luis and Brownlee were the first into and out of the water at the second swim leg and the pair rode and ran on their own with the rest of the field unable to keep up with their pace. Luis had a short chute in his pocket from the first swim and used this to take the tape ahead of Brownlee, with Yee six seconds further back.

After the second round of Super League racing, Learmonth, Taylor-Brown and Zaferes hold the top-three positions in the overall women’s series, with Luis, Brownlee and Wilde occupying them in the men’s. Potter and Yee both sit in fourth heading to Jersey.

In the team rankings, Tim Don’s Eagles maintained their position at the top, extending their lead over second place to 43 points.

The south of France welcomed a number of Brits to race this weekend, with Adam Bowden and India Lee both taking third place finishes.

In the men’s race, Casper Stornes (NOR) led out of the swim and, putting time into the field across the bike and run legs, his dominant display saw him take the tape with Bowden crossing the line seven minutes and twenty-three seconds later.

Bowden consistently recorded some of the fastest times across the three disciplines to see him well-placed throughout, with the Brit running the final leg in 01:06:17 and passing French athlete, William Messeson, to claim his place on the podium.

The final podium consisted of Stornes, Dylan Magnien (FRA) and Bowden, with Liam Lloyd crossing the line in 12th and William Draper 13th.

Similarly in the women’s race, eventual winner Nicola Spirig (SUI) was the first out of the water and added to her lead across the bike and run legs to cross the line in 04:36:54, just over three minutes ahead of Lena Berlinger (GER) in second.

Lee was 22-seconds behind Spirig coming out of the water, however the London 2012 gold medal winner was able to pull away from the Brit and the field, with Lee crossing the line in 04:41:17 having had a challenging bike before finishing well on the run to complete the podium. Ruth Astle was also competing in the women’s pro race, however recorded a DNF.

Sam Wade secured a top-ten finish as he crossed the line 8th in Denmark. The Brit completed the race in 03:48:29. In the age group races, Finn Arentz topped his category and recorded the second fastest time for an age grouper as he finished in 03:55:49.

In the pro race in Almere, Pete Dyson was the highest placed Brit in 13th. Robert Fryer finished in 24th, with David McNamee and Kieran Lindars both DNF.